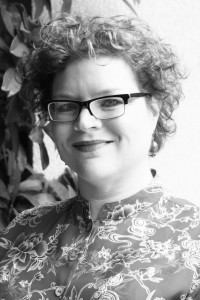 M.K. Hobson was born in Riverside, California, but grew up in Portland, Oregon. She attended the University of Oregon, where she ran Catalyst Films (the campus film society), helped launch The Student Insurgent (a radical progressive ‘zine that’s still being published) and drove night-shift cab in nearby Springfield, Oregon. After graduating with a degree in English and Communications, she moved to Hiroshima, Japan to teach English. Returning to the United States two years later, she purchased The Northwest Neighbor, a community newspaper founded by legendary Portland mayor Bud Clark. She ran the paper for several years before moving on to a career in the field of corporate communications, working with Fortune 500 clients in the fields of retirement and healthcare.

Currently, she is one of the co-hosts of Podcastle, the acclaimed short fiction podcast. She lives in Oregon City, Oregon with her husband and daughter.

Her novel, The Native Star, was a Nebula nominee for best novel, and the sequel, The Hidden Goddess, is now available in bookstores.

When did you first get the idea for your novel The Native Star. What inspired the worldbuilding? The character of Emily?

I learned a lot about worldbuilding in writing THE NATIVE STAR. I came into it with the idea that since it was based on an actual historical period, that the worldbuilding wouldn’t be quite as difficult as it might be if I were creating something from scratch. Boy was I wrong! It turned out to be a lot harder and more challenging than I thought. I wanted to use historical elements, but I didn’t want to break history. That was probably the biggest challenge.

I suppose it’s a universal truism of all writers that their characters are just aspects of themselves put down on paper. So really, the character of Emily is just a certain part of me. Same with the character of Dreadnought. Thus the book is kind of a chymical wedding of aspects of my own psyche, which is just way too deep to contemplate.

Could you tell us a bit about the writing process for this novel? How long did it take to complete?

Once I had the concept and outline completed I was able to write the first draft very quickly — probably about three months. Then there was a lot of rewriting after that. That is my usual process. It takes me a very long time to write an outline (they’re usually incredibly detailed), from which I write the first draft at an exceedingly rapid rate of speed. Then, once the first draft is completed, there’s a long period of time where I contemplate how to make the huge vomitous mass my subconscious has disgorged into something readable.

Just about all of The Native Star is told from Emily’s point of view. Though written in third person, it almost has a first person feel as Emily comes alive so well on the page. Why did you choose third person over first?

First of all, I think third person was more in keeping with the pulp literature of the time period, which I was trying to harken back to. I don’t recall reading many first-person pulp novels from the 19th century. Also, from a more technical standpoint, third person allows you more distance. I like to put some funny into my writing, and unless your main character is a wisecracker, it’s hard to be funny and yet still have the distance you need when you want things to get serious. In third person, I can go from ridiculous to deadly serious without the characters seeming inconsistent.

Emily Edwards and Dreadnaught Stanton are the two main characters in the novel. Who’s your favorite secondary character in the book? Did he or she ever threaten to “steal the scene”?

My favorite secondary character is definitely Penelope Pendennis. She really did threaten to run away with THE NATIVE STAR, so much so that I had to write her out of THE HIDDEN GODDESS entirely. She’s quite a commandeering and competent woman, and she would have solved all of Emily’s problems for her, which wouldn’t have served my narrative very well. She’s already demanded the starring role in a novella (which I’ve drafted, but is not yet complete) and I hope to write books with her as a main character someday.

What was your greatest challenge while writing The Native Star?

Just like any historical fantasy novel, this required a lot of research. More than I expected, because I thought I knew the period pretty well. But I discovered there were a lot of little day-to-day things that I had no idea about. I find that’s the hardest thing about writing historical novels–getting the little stuff right. There’s plenty of information about the battles, the wars, the huge political movements. But just try to find out exactly what the inside of the county clerk’s office in Sacramento in 1910 looked like! (And if you do, please email me, because I’ve been trying to figure it out for a month now.) Sometimes you just have to accept that there is some information you just can’t get, and you make it up and move on. If you can’t find it, it’s likely that no one else can either, so no one can call you on it even if you’re wrong.

What can you tell us about the sequel, The Hidden Goddess? Did writing a second book in the same world present a unique challenge of its own?

I tried to write the sequel in such a way that it would both comment on and subvert standard reader expectations, and I’m not sure everyone will like that. My biggest challenge with THE HIDDEN GODDESS was trying to summarize the events that had taken place in THE NATIVE STAR without completely bogging down the action in the process. That was so hard! I had to rewrite the first fifty pages a couple of times to get it to flow in a way I liked.

Who do you read for pleasure? Name a few writers you’ve studied for craft and technique.

Lately I’ve been devouring the works of Theodore Dreiser. I wouldn’t say I necessarily study him for craft and technique, but rather for his meticulous ability to convey character, and his effortless ability to communicate the atmosphere of eras about which he writes. I have always been a huge fan of Sinclair Lewis and am about to reread Babbitt for about the hundredth time. Among more modern writers, I really enjoy E.L. Doctorow, though he has disappointed me on occasion.

You’ve had success as a short story writer as well. Do you approach writing short fiction differently than writing a novel?

It’s hard to answer that, because since I started writing novels I haven’t written that many short stories. I think it’s kind of like tooling a factory … you know how factories are tooled to produce a certain widget, and if you want them to produce some other kind of widget you have to completely retool them? I think it’s like that with novels and short stories. If your mind is tooled to write short stories, it’s hard to switch to novels, and vice versa. Some writers are switch-hitters and they really impress me … but I don’t think I’m one of them.

What are you working on now? Your next project?

I’m currently participating in the Clarion West Write-a-thon (June 18 through July 26) and my goal is to write 1,000 words a day. The project I’m working on is the first draft of the first book of the next duology (try saying that three times fast!) Basically I’m drafting Book 3. I’ve got a detailed outline for B3 and once I’ve gotten some words down on B3, and gotten to know the characters better, I think I’ll be able to finish the detailed outline for B4. And then it can all go to my agent and my editor so they can decide what they want to do with it. 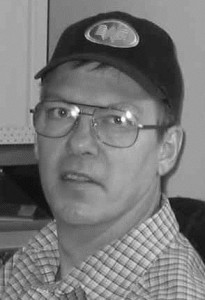 Marshall Payne has worked as a touring musician, music producer, sound technician, a salesman, and a waiter. He has written over 100 short stories and his fiction has appeared inAeon Speculative Fiction, Brutarian, Talebones,Hub Magazine, Triangulation: End of the Rainbow, to name a few. For more information, visit his blog or website.