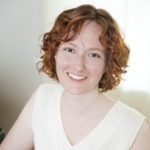 Let’s talk about self-promotion and how it feels icky.

Yes, self-promotion is awkward to do the first time. Yes, it is very easy to do badly. But–it is incredibly important to your career. Someone asked, “Isn’t it enough to write a good story?”

A brilliant story? Okay, that’ll probably get some notice on its own, but think about the number of good stories you read. Think about how many of them don’t get on the ballot. The ones that do are the ones that are visible. You are the first cheerleader for your story/novel/performance art. If you love it enough to write it, submit it, and accept money for it… why don’t you love it enough to tell other people the story is out there?

Probably because you’re afraid of coming off as a pompous jerk, or an ass, or you’ve seen the person who is a complete bore and don’t want to be that person.

So… here are some tricks on how to avoid looking like an ass:

Allow me to give a concrete example of these in motion. This is, by the way, the blog post I had prepped to roll out as my end of year wrap-up, so you’ll be able to see alllll of my tricks. The backstage peek on this particular topic, by the way, makes me a little nervous.

Hey! Awards season has started and I’m afraid I’m going to miss some stories because there’s so much good stuff out there. Will you drop me a line if you’ve read a story that I ought to pay attention to? Or if you’ve got a story you’re particularly proud of?

Nervous? Me too, so I’ll go first.

I had only two things come out this year.

I was feeling like I hadn’t published much until a friend pointed out that I also wrote two novels this year and that a novella is a heck of a lot of words. Um… yeah. I will stop feeling bad about myself now.

Isn’t that ridiculous that we do that to ourselves? I mean, I’m still over the moon about both of those stories and yet… Imposter syndrome sets in and I think I should be doing more.

The interesting thing about both of those sales is that they were originally NaNoWriMo novels.

For those of you who just finished NaNo– This is an interesting alternative. “Kiss Me Twice” this started life as my first NaNoWriMo project back in 2004. This year, I cut it down to novella length rather than beefing it up to a full length novel. I liked the story but recognized that, because we’re pushing me as a historical fantasy writer, it was unlikely an SF murder mystery would sell. I mean the elevator pitch was “CSI with a Mae West AI.”

It was also a little bit of a mess. The advantage of letting it sit for several years is that I’m a better writer now than I was then. I used Scrivener to break it apart into scenes and pull out the subplots I didn’t need. Then I rewrote from the beginning to fix it. The story went from 60k down to 25k.

“Goodhouse Keeping” is the first chapter, plus some other scenes from my third NaNo, reconfigured to be a short story. That one is all urban fantasy. Or rather, suburban fantasy. Elves in the burbs…

Anyway, the point is if you are looking at your NaNo and think that you can’t possibly flesh it out, consider cutting it down. Or look at it to see if there’s a short story in it that you can pull out. The words, they aren’t wasted even if you don’t sell it as a novel.

Whew. I rambled about that more than I meant to. Now it’s your turn. Drop me a line, or post in the comments below to talk about stories that you are excited about. Yours or someone else’s.

I got a lot of reading to catch up on.

See what I was doing? If you ran across that on my blog, without me calling attention to what I was doing, you might even link to it because I have some content there that doesn’t look self-promotional. It all totally is.

What this all comes down to is, weirdly, manners. But in the old sense. Manners — back in the Regency — used to be considered “an outward expression of your opinion of others.” If your manner to other people is such that you think of them, and treat them, as only people who will get you votes, then they will be able to tell and be irritated about it. If your manner is that these are people who you esteem and want to share the joy — yours and theirs — then they will respond accordingly. If you treat them like people you want to help get to where you are, they will keep coming back. The real secret is to be sincere about this.

Does that make sense?

Now the true test is to see how many of you think I’m a manipulative puppeteer– oh. Wait.

Now… it’s your turn to practice self-promotion. Tell me what you’ve been working on this year. I really do have a lot of reading to catch up on and awards season is only beginning. What should I read? 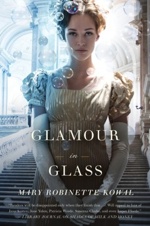 Hugo-award winning author, Mary Robinette Kowal is a novelist and professional puppeteer. Her debut novel Shades of Milk and Honey (Tor 2010) was nominated for the 2010 Nebula Award for Best Novel. In 2008 she won the Campbell Award for Best New Writer, while two of her short fiction works have been nominated for the Hugo Award for Best Short Story: “Evil Robot Monkey” in 2009 and “For Want of a Nail” in 2011, which won the Hugo that year. Her stories have appeared in Strange Horizons, Asimov’s, and several Year’s Best anthologies, as well as in her collection Scenting the Dark and Other Stories from Subterranean Press.

She is serving her second term as the Vice President of Science Fiction and Fantasy Writers of America. This post and many others related to building a writing career have appeared on her blog.