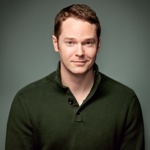 Writing is hard – as Neil Gaiman put it, “It’s much harder to write than not to.” I think most writers can agree on that, otherwise their editors would be quite keen to revisit their advances.

I, personally, do not think writing to be the simplest use of my time. But I actually think it’s good that it isn’t, and I found myself very suspicious on the few occasions when it felt easy. And I mean breathlessly, thoughtlessly easy, the sort of ease with which one navigates home after a busy day, despite a brain too tired to think. That kind of easy.

It seemed to happen quite naturally: I simply sat down, looked at the screen for several minutes, and started hitting keys. And the words, to my satisfaction, seemed to stick. Characters I had not dreamed of became very real, and had very identifiable and interesting goals and characteristics within the scene I was writing. And the scene felt like it slid into a format or template I hadn’t known was there, and I knew that, if I kept writing, it could get even bigger, and the story would simply congeal on the page with as much intent and purpose as mold appearing on a slice of tomato.

When I was done, I sat back, and reread what I wrote. I smiled, or I tried to smile. Because I kept thinking to myself, “This is exactly the kind of thing I would expect myself to write, were I a reader.” And I sat and just kept looking at it, and looking at it.

And eventually I hit the big red X, and directly after I clicked, with great prejudice, the “No” when asked, “Do you want to save the changes?” And I never thought twice about it.

I know that to some this must have been insane. A solid story is not something to throw away. And it could have been solid, and I could have written it fairly solidly, and it would have been, if not a paradigm of beauty and insight, a highly readable story, one a casual eye would have no issue following or finishing, nor would the reader probably begrudge having read it upon coming to the end.

But that’s not the story I wanted to write. I didn’t want to write a story that, if I were currently a more prodigious writer, could be considered “typical” of me, the sort of story that you could pick up halfway through and think, “Oh, I know this, I’ve read his stuff,” and finish with a reasonable understanding of the material despite having missed half of it.

In short, I didn’t want this to be by-the-numbers, for me or the reader.

No, it’s that I firmly believe that the joy found at the heart of reading is the same joy found at the heart of writing: it is the joy of discovery. Even the most superficial of entertainments still delivers the delicious twists and turns of the unforeseen, just as the densest and most vaunted of tomes sometimes try to take us to places only a few readers can (or perhaps wish to) follow. Reading is exploring the unknown, as is writing, at least when in its perfect element.

But it is important to know that that transcendent joy one feels when reading is actually contagious: frequently the writer felt the exact same way on the other end, and it’s rubbing off on you. It’s just coming through in the words, in the characters, in the way the plot slowly unfolds or contorts inward at breakneck speeds (or, in some special cases, fails to exist in any noticeable way). Readers are, in a way, following a map left behind by the first explorer to venture into virgin lands: the writer.

Really special books usually offer as many surprises to the writer during their composition as they do to the reader. And that high, if I can call it that, is what a lot of authors are always looking to recapture. It’s tough to do that, to trap that lightning in your tiny jar. But the only way you can do it, I think, is by challenging yourself, and trying new things, and venturing into new countries.

That doesn’t necessarily mean writing about a subject or a character or even within a genre you’ve never written in before. These trappings, believe it or not, can sometimes bend or contort to match the sort of story you’ve written before, for some of your old tricks can all too happily translate. (Not always – someone who has written primarily humor novels will find that when writing about, say, apartheid, their old tricks will fall flat – as they should.) Sometimes it means changing the manner in which you write: the pace at which the story moves, the number of points of view you limit or expand yourself into, the style of sentences, the way the protagonist is developed – or even whether they develop at all, for sometimes you have to defy conventional storytelling standards in order to figure out what you wish to do.

And that, of course, is the potential threat of trying new things: people frequently do not like them. New things are a Dangerous Gamble. Observe the seemingly limitless spew of sequels and prequels and remakes that continually wash up on our many screens for further information.

But writers frequently don’t like new things, either. They sometimes view their voice the same way you scratch another person’s back: your fingers rove, and rove, until you hear a cry of, “That’s the spot!” and then your fingers stay right there, happily scratching away.

Writing the same well-received thing over and over again will probably get some decently good reactions for a while. But, like all things that do not move, it will eventually stagnate, and the audience, inexorably shifting in the manner of the tides, will move away, and the best of what you did will suffer in comparison to all the times you tried to do the same thing, but less so.

And that’s what writing is: it is a fabulously complicated, infinitely variable manner of integrating with the world around us, examining it, and learning from it. So long as you keep learning, keep discovering all these hidden chambers inside yourself, readers will always wish to follow. Your joy and love of what you do will be infectious. So just keep trying new things. When you stop trying new things and settle into a groove, you won’t be learning: you’ll be doing a job, providing a service, scratching a hard-to-reach-itch somewhere in the back of the reader’s mind.

Some might settle for that, but I know I never could. Who could ever be happy doing the same thing over and over again when there are wild new lands awaiting us, just on the other side of the page? 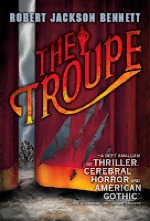 He lives in Austin with his wife and son. 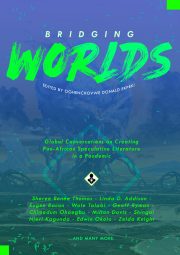