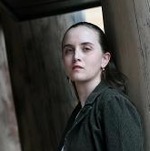 There are two terms in fandom that amuse me a lot: “jossed” and “kripked.” The former describes what happens when a fan theory gets disproven by a later part of the story, and is named for Joss Whedon, who is notorious for doing this, especially in Buffy. The latter describes the reverse — when a fan theory turns out to be right — and is named for Eric Kripke, the creator of Supernatural.

Both of these patterns are particularly a thing for TV shows, comic books, and novel series, where fans have lots of time to speculate in between installments, but they can apply to anything where the reader or viewer is looking ahead to where the story might be going. So my question is, which is better: to be kripked or jossed?

(Spoiler alert: the answer is “neither.”)

On the surface of it, you might think it’s better to be proven wrong. After all, we disdain stories that are “too predictable;” if you can see where it’s going, then why bother reading on? But sometimes the pleasure of a story isn’t in being surprised by what happens, but in seeing how it comes about. (Romance is frequently like this. The reader knows from early on who the hero and heroine are, and is reading to experience the process of them getting together.) And in the cases where the “what” isn’t obvious, it’s very satisfying to see that your suspicions are correct.

Conversely, while it’s easy to upset audience expectations, doing it well is another matter. Sure, your cozy, Agatha Christie-style murder mystery can end with the shocking revelation that Aliens Did It — but unless you have done a very good job of seeding hints that there are aliens in the story, your readers are probably going to throw the book across the room. (And if you do seed those hints, some of your readers will pick up on it, and now we’re back around to them being kripked.) Lots of X-Files-style shows have foundered on audience annoyance that the eventual explanation for the weirdness fails to satisfy. There’s a fine balance between being too obvious, and not obvious enough.

My personal preference is for what I’ve called third-order answers. A lot of mysteries have an obvious culprit, and then a character who is, if you know your narrative conventions, the obvious alternative to the obvious culprit. I like mysteries that go one step further. It’s not the snooty noble, nor the snooty noble’s manservant, but the snooty noble’s manservant’s wife, because she’s angry about the way their lord treats her husband, and wants to see him blamed for something that isn’t his fault. The virtue of a third-order answer is that if you don’t want to dig into the story, you can be pleasantly surprised by the plot twist; but if you feel like engaging the analytical side of your brain, there’s a reward for your effort.

I also love it when a story answers my questions right when I think them up. This happened a lot with Supernatural, actually: a friend (call her K) introduced me and another writer-friend (call her S) to the show, and commented more than once that it was good she’d watched all the eps before she saw them with us — because S and I sat there with our writer-brains on, asking questions and making predictions. But we did that, not because the story was bad, but because it was surprisingly solid: time and time again, just as S and I said, “why don’t the characters ever do [this thing]?” — lo and behold, the characters did [that thing]. Kripke did a very good job of thinking through his foundations and consequences, and so when we correctly guessed where things were going, it was because we had paid attention to the clues, or asked ourselves what would be thematically appropriate.

And yet, I do love a good plot twist. The best ones, for my money, are the twists you see coming half a second before the reveal: just long enough to have the OH MY GOD reaction before it happens. That’s another hard balance to strike; too soon and it loses half its punch, too late and the audience goes “huh?” Then you have to spend five minutes explaining your twist, and lose all the punch.

Which do you prefer? Are you the sort of reader who dissects everything as you go, or do you prefer to turn off the analysis and let yourself be surprised? And who has done either of these routes well or badly?

Marie Brennan habitually pillages her background in anthropology, archaeology, and folklore for fictional purposes.  She is the author of the Doppelganger duology of Warrior and Witch, and Onyx Court series of London-based historical fantasies: Midnight Never Come, In Ashes Lie, A Star Shall Fall, and With Fate Conspire, the last of which was named one of Kirkus Review‘s Best Books of 2011.  She has also published more than thirty short stories, in venues such as Beneath Ceaseless Skies, the Intergalactic Medicine Show, and the Clockwork Phoenix anthology series.  More information — including a great many essays — can be found at www.swantower.com.