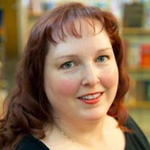 Award-winning author and editor Jennifer Brozek has edited over ten anthologies (with more on the way in 2013). The creative director of Apocalypse Ink Productions, she also has won both the Origins and the ENnie awards for her work writing for RPG companies, contributing to a long list of sourcebooks that include Dragonlance, Shadowrun, and White Wolf SAS. Her books include In a Gilded Light, The Lady of Seeking in the City of Waiting, Industry Talk, and the Karen Wilson Chronicles.

Cat Rambo: You wear a lot of hats – publisher, editor, and writer of both fiction and nonfiction. Which one feels the most comfortable and why?

Jennifer Brozek: I think I’m an excellent editor but I’m most happy writing fiction. However, nonfiction is easiest to write. Being a new publisher… that’s still hard. So, I guess I’ll say I’m most comfortable writing fiction.

What’s the best advice for juggling all those roles that you’ve received?

Get an organizational system and stick with it. Be diligent and aware of all of your projects and when things are due. It does not need to be fancy. My organizational system is a Word document with a queue and specific markers–both color and word–to give added depth of where the project should go in the queue. Contracted, near due date, charity project… everything counts. I also add in travel because travel mucks with my schedule.

What are the key things to keep in mind when putting an anthology together? What unexpected problems have you encountered in the process?

For me, an anthology is a single story told through multiple people and multiple points of view. I do a lot of themed anthologies, so the stories need to be cohesive and fit together in a logical fashion.  I need to be aware that a lot of people will read the first story to get a feel for the anthology–thus, I need to make the first story iconic of the theme. The last story is the one that people will walk away with.

There are any number of problems that can pop up when editing–an author refusing edits, a publisher having financial problems, a computer crash. I try hard to keep all of these in mind as I work. It’s one of the reasons I don’t give a contracts to authors until both of us are happy.

Your book Industry Talk deals with both writing for roleplaying games as well as editing anthologies. What was the impetus that led you to put that together?

Each section is based on a column I wrote for a different website. Dice & Deadlines was written for Geek’s Dream Girl and The Making of an Anthology was written for Apex. I decided to put these two columns together in a single book–expanded and added to–for a number of reasons: I couldn’t resell them. I kept getting the same five questions over and over. My publishing company, Apocalypse Ink Productions, needed an inaugural book to make all of its newbie publisher mistakes on.

Industry Talk really is all about my experience in different facets of the publishing business: what I learned the hard way, what I discovered worked well, and how the two sections overlap. I decided to put them together so readers could have two different points of view about the publishing industry–freelance writer and editor.

How’s writing for games different from writing stories? What do you need to keep in mind?

Writing for games is all about writing in someone else’s world. You need to keep in mind that there are already established rules, places, politics, religions, technology, and such. You cannot go off the rails and write something that violates the established setting. Fans of the RPG will be very upset. Also, you need to think about the tone of the RPG. If it is a gothic horror RPG, don’t try to write something wacky. If it is a silly fun RPG, don’t try to write something that invokes a gritty cyberpunk feel. You need to write for that game.

In one respect, that makes things so easy. You have an established setting. Now you need to adhere to it. On the other hand, you want to create something new that’s yours. Most RPG authors pick a specific detail and build off of that. In the Battletech web serial, The Nellus Academy Incident, I set the story on and around a planet that had only one line of information about it listed in the 27 years of Battletech’s existence. The planet Nestor was known for marvelous wines. That’s it. Everything else I got to make up within the bounds of the Battletech universe.

Many of your stories fall into the horror genre. What draws you to writing those?

I don’t know. I’ve always been an odd duck. I guess, when I have a horrible thought, instead of acting on it, suppressing it, or just being horrified, I think “How can I use this in a story?” I suppose it’s like lancing a boil. Most horror writers I know are the nicest people ever. Plus, I do like to get a reaction out of my readers. It thrills me to no end for someone to tell me how something I wrote affected them.

In Caller Unknown, your heroine is a 911 operator who gets a strange call one night and ends up discovering a secret world within our own. What was the most enjoyable part of putting those stories together?

I think it is when my overall arcing plotline comes together. I always have an outline but sometimes, the story twists and turns in unexpected ways. As pieces fall into place and I know my story is going to finish out the way I wanted it to, I get a thrill. I also love it when I write something unexpected and then realize I’ve been writing towards that unexpected moment for months.

I remember once running to my husband’s office, bawling about how a tertiary character had sacrificed himself to save everyone and that wasn’t supposed to happen. He said, “It doesn’t have to happen that way. You can rewrite it.” But no, I couldn’t. What that tiny, barely spoken about character did was perfect for the storyline and it could go no other way.

Along the same lines, what about the Washington area lent itself particularly well to such fiction?

The weather is one. Everyone likes a good supernatural story when its cloudy or rainy.

The Seattle area (make that the Pacific Northwest) history is another. It’s filled with the strange, macabre, and horrific. It is very easy to make this iconic area a setting for a supernatural story. And, honestly, some of the history is stranger than fiction. Check out the Seattle nonfiction book called “Sons of the Profits.” Look up Rucker’s tomb. Or look up the nonfiction book about Port Townsend called “The City of Dreams.”

Also, this area is filled with authors. You can’t swing a keyboard without hitting one. A lot of authors write what they know and what they know is where they live. With the history and architecture we have, there’s not need to go elsewhere.

As an editor who’s also a Nanowrimo participant, you may have a different perspective than some participants. What’s your advice for Nanowrimo-ers who are looking at turning their efforts into a sellable book?

As someone who has actually sold a Nanorwrimo book (The Little Finance Book That Could) I have several thoughts. Never assume your Nanowrimo manuscript is an actual manuscript. It’s not. But it is the start of one.

Treat your Nano manuscript like a 50,000 word outline. After you write it, put it away for three months and write something else. When you come back to it, start a brand new manuscript. Don’t try to edit what you wrote. That’s crap. It’s your outline. Now that you know what the story is and where it is going, start over and write your first “Draft Zero.” Then you can start the edits and rewrite process. Expect to write and rewrite your book at least twice. Then you might have something that you could take to the next step.

Which of your many upcoming projects are you looking forward to the most?

There are two coming that I’m very excited about. I’ll be working on both of these in January 2013.

First is “Dreams of a Thousand Young.” This is a novelette for Innsmouth Free Press’s JAZZ AGE CTHULHU anthology. I’ve set the story in 1920’s Assam, India, based around the British heir of one of the silk empires. I like writing in the Lovecraft style and I’ve done some research into the area that makes my story that much more interesting for me to write.

Second is The Children Of Anu, the second collection in the Karen Wilson Chronicles. It’s based around the theme of “Consequences.” Now that Karen and her allies have defeated their enemy, a greater enemy rises to take its place. This collection is all about what happens next after the heroes are victorious. There are always consequences to the heroes’ actions.

Cat Rambo’s most recent short story collection, Near + Far, appeared this fall from Hydra House. Find links to her fiction as well as her upcoming online classes on her website, http://www.kittywumpus.net. 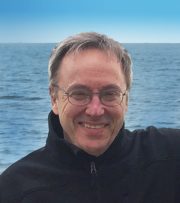