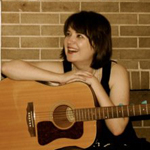 MFA Programs and the efficacy or use thereof tend to come up in discussion periodically.  For those of you interested, here is a run down of the types of programs and what to expect.  I personally have an MFA in Poetry from Southern Illinois University in Carbondale and am currently looking into applying for a second MFA, this time in Fiction.  I might be addicted to school.  Or it might be that MFA programs really are just that awesome.

There are two types of MFA programs: Full Time and Low Residency.  These are exactly what they sound like: at a full time program you reside near the school and take courses during the fall, spring, and occasionally summer terms.  Conversely, at a low residency program you only attend workshops and lectures 2-3 weeks out of the year.  In the intervening periods you converse with faculty and other students via email while continuing to live your regular life.  While I think this latter type of program can be useful for those who have a full time job or other commitments which prevent them from moving to a new location for a few years, generally I think these programs aren’t worth it for one simple reason: they’re expensive.  If you’re paying for an MFA, you’re probably doing it wrong.  That doesn’t mean that Low Residency programs are bad, or the wrong choice for you, but you have to consider the relative costs and expected benefit.  Unless you’re fabulously wealthy, at a Low Res program, you’re likely to incur significant debt.  At a full time program, you don’t have to.

Many MFA programs, and the vast majority of the top 50 programs as compiled by Poets & Writers, offer full funding to their students.  This funding usually comes in the form of teaching assistantships, foisting the unenviable job of teaching 1 to 2 Freshmen English Composition courses each semester to their fresh crop of graduate students.  The stipends are small (often in the range of $12,000 a year) and the work unglamorous (unless you really like red pencils, listening to student complaints, and deciphering poor grammar) but keep in mind that essentially a school is paying you to write for two to three years.  If that sounds appealing to you, here’s more of what to expect:

Among the full time programs you will also find variation in length (2 or 3 years) and focus such as a critical requirement.  At Southern Illinois University in Carbondale, for example, I did not take any literature courses, and if I were allowed a do-over this is the one thing I would change.  As a poet, I was irrationally terrified of the 20 page critical paper and ultimately that’s a silly reason not to take a class.

These were the courses I was required to take:

I have forgotten the total number of courses required, but I believe it broke down to 2 courses every semester plus one semester of 3 courses.  In addition, our school had a journal, Crab Orchard Review, at which you could intern for either course credit or to get out of teaching one English section for a semester.

As for the thesis, you will be expected to write 40-50 pages of poetry or 200 pages of fiction.  The work should (theoretically) be of publishable quality.

Different programs will obviously have different requirements, but the above is fairly typical.  Most schools will want you to take at least one course outside of your major genre; most schools will have a literary journal; and, perhaps most important to genre writers: many schools will not offer courses on publishing.  Many people criticize programs for taking such a short-sighted view, but I personally think this is silly.  What could a course teach you that you can’t pick up in an afternoon of google searches?  Do you really need a professor to critique your rough drafts of cover letters?

I’m not going to lie: teaching Freshmen English to students who can’t articulate what a thesis statement is can be difficult.  However, even though SIUC is considered to have a ‘heavy’ teaching load for grad students, I didn’t mind it overall.  I did teach two semesters of Intro to Creative Writing and another year taught two sections of Honors English with students so wonderful I was excited to go to work each morning despite the fact that they were 8 AM sections.

Things the MFA Will Not Do:

You’re supposed to know how to produce quality, or near quality, work before you arrive and the goal of workshop is to make you better, or at least more productive.  Your workshop experience will vary from program to program and semester to semester since as much, if not more, depends on who your classmates are rather than your professors.  My experience was that you learn more from what other people are writing than any comments you receive on your own work.

While an MFA is a requirement for most creative writing teaching positions, it is the minimum requirement.  Most places won’t look twice unless you also have a book published or extensive journal credits in well known places.

There was an article my poetry professor gave our class one day which stated that 90% of MFA graduates will never publish after they leave school.  This, I think, has as much to do with lack of inertia than anything else.  The people I know who are still publishing after they left SIUC stayed in fields strongly related to writing: one already had a teaching position waiting for her when she graduated and another went on to a PhD program.  If you don’t keep writing and submitting after you leave then nothing will happen.  This is basic logic.  The MFA is also not a magical spell which dramatically improves your writing upon conference.  You only have to work as a slush reader and look out for those ‘I have an MFA from…’ cover letters to see the kind of dreck degreed writers can put out.

Things the MFA Will Do:

Poetry is often denigrated in SF/F circles–perhaps because some genre poetry isn’t very good, and also, sadly, because a lot of SF/F writers don’t read poetry which means they don’t know what good poetry is when they see it.  So being forced to write, read, and critique poetry for a semester is a fate I would wish on just about everyone.

They don’t.  They really don’t.  Or at least no more than genre sneers at them.  The fiction forms class I took at SIUC was specifically focused on genre: horror, apocalyptic, SF, mystery, etc.  Plenty of genre writers also have MFAs which seems to support my theory that people who submit non-realistic pieces aren’t rounded up and slaughtered on sight.  Some examples: Kelly Link (UNC Greensboro), Rachel Swirsky (Iowa), Kevin Brockmeier (Iowa), Alexander Lumans (SIUC).

Does that mean that all programs have professors who will laud your subversive use of selkie tropes?  Probably not.  Most workshops follow the Iowa model which is often loosely interpreted as ‘tear everyone and everything to shreds.’  Some writers and professors simply use ‘I don’t like genre’ as code for ‘I only like one particular style and you don’t write it.‘  Which sucks, but if you’re going to a program so you’ll be patted on the head and given scooby snacks, you’re also probably doing it wrong.

Going back to an earlier point: don’t expect an MFA program to teach you how to write.  Don’t expect the professor to be a fountain of wisdom who will fix all your stories and get you a flying agent of your very own.  That’s not to say that some programs don’t teach you to write, or that your professors won’t be helpful, but only to emphasize that you really don’t know what you’re going to get.  This is also why I say if you’re paying for the program, you’re doing it wrong.  For most people, money is a real concern.  If you’re taking out loans or using savings to pay for a program then your potential benefit will need to be that much higher in order to justify the cost.  Hopefully it will win out: maybe the professors are the best editors you’ve ever met and they introduce you to an agent who manages to sell all your books for million dollar advances.

Or maybe you come out of your first workshop frustrated and in tears because you’ve published more than everyone in the room combined and they STILL think your vampire attorney demon tracker thriller series is unmarketable.

Naturally you should do extensive research.  Find a program with professors who write the kind of fiction you want to write.  Talk to the other graduate students.  Look for people you can drink with and learn from.  But even if it’s not everything it *could* be, if you choose a program which is virtually free then at the very least you will be given two to three years to do nothing but write, think about writing, talk about writing, and also mock freshmen for their inability to write.

And how could anyone turn that down?*

Helena Bell is an occasional poet, writer, and international traveler which means that over half of what she says is completely made up, the other half is probably made up, and the third half is about the condition of the roads. She has a BA, an MFA, a JD, and a Tax LLM which fulfills her life long dream of having more letters follow her name than are actually in it. Her work has appeared or is forthcoming in Clarkesworld Magazine, Shimmer Magazine, Daily Science Fiction, and Rattle.