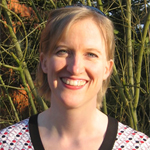 According to newflashes popping up around the web, the Washington Academy of Sciences has created a seal of approval for the scientific accuracy of novels.

I initially greeted this announcement with enthusiasm.  I wholeheartedly approve of the notion behind the award.  Science has become so broad, with advancement in so many fields, that it’s difficult for any one person to stay on top of all the facts.  As a reader, I like getting a good education along with my fiction.  I would love to see a reliable, irreproachable organization step forward to honor books that explore scientifically plausible truths.

I’m just not convinced that the Washington Academy of Sciences is that source.

The Washington Academy of Sciences (WAS) seal of approval sounds appealing on the surface.  Peer-reviewed novel manuscripts, submitted to the same rigorous scrutiny as technical research papers?  Oh yeah, I want that.  But is this what the WAS is really doing?

A quick look at the January 9th article from BBC, which seems to be the root source of the information percolating through the internet, confirms that four books have been awarded the WAS seal of approval, with a fifth under review.  Eager to see which of the world’s authors had received the distinctive honor of being the first peer-reviewed scientific novel, I looked up the titles.

And felt my enthusiasm drain away.

Number one on the list is a book called “Me Tarzan, You Dead”, written by the same Peg Kay who is quoted in the BBC article, and featuring a cartoon-illustration cover image in which a box-headed robot has pushed a human being off a building.  The book’s publisher is listed as … are you ready for this? …  the Washington Academy of Sciences.

Oops.  Well, maybe it was just a fluke.  The Academy had to pick someone as its first guinea pig, and if the – and I’m quoting from the biographical information on the back of the book, here – “recently-retired Executive Director of the Washington Academy of Sciences” happened to have a book ready for publication, maybe that’s as good a place to start as any.

The second book to receive the WAS seal hasn’t been published yet, so it’s a bit hard to evaluate.

Number three is titled “A Century of Astronomy from the Journal of the Washington Academy of Sciences”.  According to the book description on Amazon, it’s a compilation of research papers on astronomy topics published during the past 100 years.  Scientifically accurate?  I would hope so, since the papers were originally published in the Journal of the Washington Academy of Sciences.  But not the action-packed space drama or mystery thriller I’d been hoping to see featured.  Maybe my conception of the award isn’t the same as its originators.

The fourth and final book to receive the WAS seal of approval is a distressing echo of the first.  “The Hidden Giants” by Sethanne Howard was also published by the Washington Academy of Sciences.  Like “Me Tarzan, You Dead”, the cover appears to have been built using one of Amazon’s self-publishing templates.  No obvious affiliation between Ms. Howard and the WAS on the book’s info page, but this 2012 Awards Banquet program lists her as the Vice President in charge of Membership.

At this point, I feel ready to scream at the heavens.  The WAS seal of approval sounded so noble when I first read about it.  So enlightened.  I want that gesture of respect toward authors’ diligent efforts to present truth interwoven with their fiction.

Instead I’ve got… I’m not sure what.  At best, a grass-roots effort that may someday grow into the grandeur of the concept.  At worst, a publicity stunt intended to promote the self-published novels of past and current WAS members.

I dunno.  If I were the head of a scientific organization and I wanted to honor scientific accuracy in literature, I’d start with books that had already been published.  Something by Robert J. Sawyer, perhaps, or David Brin.  I’d put out a call to publishing houses to submit their favorites for consideration.  I’d reach out to schools and universities to let them know that, wow and gee whiz, here are some books that are educational and fun to read at the same time.  I’d model my approach off the Caldecott or Newberry Awards, or some other established and successful system.

I wouldn’t give the award to books published by my own organization.  I wouldn’t choose a definition of ‘peer-reviewed’ so narrow that, apparently, only members of the aforementioned organization are considered peers.

Don’t get me wrong.  I desperately want scientific seal of approval for literature.  But I want it for real.  And when I find an organization that’s offering it, you can bet I will be back here, shouting about it from the rooftops.

Until then, I’m just going to stay right here in the box seats, playing the skeptic.

Nancy Fulda is a Phobos Award Winner, a Vera Hinckley Mayhew Award recipient, and the winner of the 2011 Jim Baen Memorial Award.  She studied artificial intelligence during her graduate work at Brigham Young University.  During the years since, she has grappled with the far more complex process of raising three small children.

Nancy has been a featured writer at Apex Online, a guest at the Writing Excuses podcast, and is a regular attendee of the Villa Diodati Writers’ Workshop.