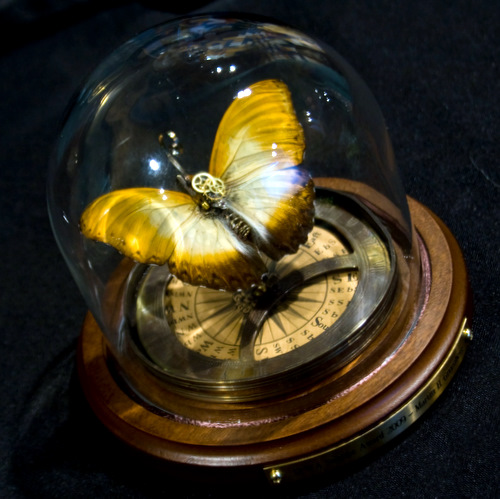 The Science Fiction and Fantasy Writers of America are pleased to announce Carl Sagan and Ginjer Buchanan as the recipients of the Solstice Awards for 2012. The Solstice Awards are granted to up to three persons, living or dead, who have consistently had a positive, transformative influence on the genre of science fiction and fantasy.

CARL SAGAN (November 9, 1934 – December 20, 1996) was the David Duncan Professor of Astronomy and Space Sciences and Director of the Laboratory for Planetary Studies at Cornell University. He played a leading role in the American space program from its inception until his death. He was a consultant and adviser to NASA, briefed the Apollo astronauts before their flights to the Moon, and was an experimenter on the Mariner, Viking, Voyager, and Galileo expeditions to the planets. He helped solve the mysteries of the high temperatures of Venus, the seasonal changes on Mars, and the reddish haze of Titan.

The National Science Foundation declared that his “research transformed planetary science… his gifts to mankind were infinite.”

SFWA is proud to posthumously award him the Solstice Award for his influence in science fiction and fantasy.

“I don’t know if there are enough words in the English language to explain how much of an inspiration Carl Sagan was to me personally — as a child he opened my eyes to the wonder of the real universe and got me thinking of the possibilities that the fictional ones I had begun to imagine might contain. In Contact, he used science fiction to explore and share science with a mass audience, typifying the best goals of both respective fields. I am delighted that SFWA’s Solstice Award will honor both his memory and his work, and the inspiration he was to an entire generation.” 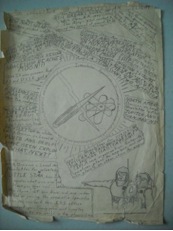 Courtesy of the Seth MacFarlane Collection of the Archives of Carl Sagan and Ann Druyan, Library of Congress.

“With his phenomenal ability to elicit wonder about the universe, Carl Sagan inspired scientists and science fiction writers alike. Recognition for his contributions to SF would have been especially meaningful for Dad, given his great respect for the genre and the role it played setting him on his path. He would have been delighted and honored to receive the Solstice Award.”

“This drawing, made by Carl when he was a boy, testifies more eloquently than I ever could to how thrilled he would have been to receive the Solstice Award. As we once wrote together, ‘Dreams are maps.’ The early 20th century giants of science fiction charted a thrilling course for him.

Carl found a way to maintain unflinching scientific rigor without ever losing the soaring imagination and sense of wonder he first learned from them.” 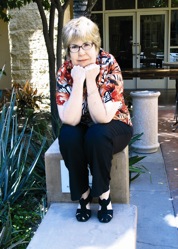 GINJER BUCHANAN was born in Pittsburgh, Pennsylvania, long enough ago to remember the invention of television. She moved to New York City in the early ’70s, where she made her living for over a dozen years as a social worker. During that time, she also worked as a freelancer for various SF/F publishers, including Pocket Books, where she was the consulting editor for the STAR TREK novel program, and The Science Fiction Book Club, for which she did outside reading. In 1984, she was offered a full time job as an editor at Ace Books. Since she was due for a mid-life career change, she accepted immediately. In 1987, she was promoted to Senior Editor; in 1994, to Executive Editor, SF and Fantasy; and in January of 1996, to Senior Executive Editor and Marketing Director. In 2004, she assumed further responsibility for the Roc science fiction list and in 2007, became Editor-in-Chief, Ace/Roc Books.

SFWA is proud to award her the Solstice Award for her influence in science fiction and fantasy.

“Ginjer has been at Ace for three decades and has been active in science fiction and fandom even longer — there are few people who have been such a force in the genre for so long. I have known her personally for years and she is always such a fun and fierce spirit to be around. She earns this Soltice for her work as an editor and for a life in science fiction and fantasy. I’m proud SFWA will celebrate both!”

“Ginjer Buchanan is a shining example to the field, a colleague, and a friend. I’m thrilled she’s receiving the Solstice award. My very first professional anthology sale was to Roc, with the anthology Live without a Net. In a very real way, I owe her for kicking off my own career. Congratulations, Ginjer!”

The Solstice Awards were created to acknowledge individuals who have had a significant impact on the science fiction and fantasy landscape. It is especially meant for those who have made a consistent, positive, major difference in the genre.

The award is given at the discretion of the president, with the majority approval of the SFWA Board of Directors. Up to three awards may be presented each year, awarded to any person, living or deceased, with the exception of recipients of the Damon Knight Memorial Grand Master Award, or those who have been named Author Emeritus. Both members and non-members are eligible.

The awards will be presented by SFWA at the Forty-Eighth Annual Nebula Awards Weekend, to be held May 16-19, 2013, in San Jose, CA, at the San Jose Hilton. As announced earlier this year, Gene Wolfe will be the recipient of the 2012 Damon Knight Grand Master Award for his lifetime contributions and achievements in the field.

Since its inception, SFWA has grown in numbers and influence until it is now widely recognized as one of the most effective non-profit writers’ organizations in existence, boasting a membership of approximately 1,800 science fiction and fantasy writers, as well as artists, editors and allied professionals. Each year the organization presents the prestigious Nebula Awards for the year’s best literary and dramatic works of speculative fiction.

Media: For information on obtaining press passes, interviews with nominees, or questions about the event itself, please contact SFWA’s publicist, Jaym Gates, at pr@sfwa.org.