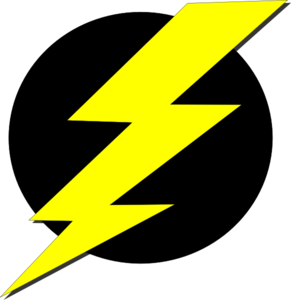 A roundup of recent publisher troubles and closures that have come across my desk:

– Noble Romance Publishing, the subject of numerous author complaints (and those are just the ones that are still online; a number of others have been deleted in the past few months) since owner Jill Noble departed abruptly last year and left the company in the hands of Jean Gombart, is finally closing its doors.

There’s still no indication of the closing on the company’s website, where as of this writing submissions are still being sought.

– Mercury Retrograde Press, a nice small press for which I provided a blurb a few years ago, is closing its doors as of January 2014.

– Vanilla Heart Publishing authors have reportedly experienced a multitude of problems, including badly edited and formatted ebooks, missing and incorrect royalty payments and statements, failure to register copyrights as required by the contract, and disposition of subsidiary rights not included in the contract. This post from one author provides more detail. It’s similar to private complaints Writer Beware has received about this publisher.

I’ve seen a recent Vanilla Heart contract. Its major problem is that there’s no grant term–the publisher simply takes exclusive publishing rights for an unstated period of time–and the author has the right to terminate only if the publisher breaches the contract and fails to correct the breach, or if it doesn’t publish within 18 months (or 24 months if causes “beyond its control” delay publication). Otherwise, termination is entirely at the publisher’s discretion. It’s ironic that it’s Vanilla Heart’s apparent bad behavior that enabled its authors to get free; if there had been no problems, Vanilla Heart could have held on to those authors indefinitely.

– Eternal Press/Damnation Books author Terri Bruce has won a Temporary Restraining Order in her ongoing dispute with the publisher, which allegedly inserted hundreds of errors into her books and refused to publish a corrected version. Writer Beware has received another very similar complaint, and other complaints are online.

Recent Eternal/Damnation contracts include “termination penalties” of up to $1,000 for “premature” termination of the contract by the author (an example can be seen here). Such penalties (a.k.a. kill fees) are a red flag; they obviously don’t benefit authors (and can be used to harass and browbeat them), but they don’t really benefit publishers either. See my blog post on this subject for more detail.

– LDS-focused publisher Cedar Fort has canceled publication of a book over one of the co-authors’ refusal to remove the word “partner” from his author bio, fearing that their distributors would refuse to carry a book with any whiff of gayness.

And in case you haven’t seen them, over the past couple of weeks I’ve posted Alerts about Iconic Publishing (attempted copyright theft) and American Book Publishing (a notorious vanity publisher that is now doing business under several different names and aliases).