Author and SFWA member Alan Lickiss died on November 10th, 2014. Lickiss began publishing science fiction in 1996 when his story “Martian Invaders Meet Mom,” co-written with his wife Rebecca, appeared in The Leading Edge. He followed it up with several more stories, often in anthologies, as well as in Analog. Five of his stories were collected in the collection High Heeled Distraction.

We offer our thoughts and sincere condolences to Alan’s family and friends. 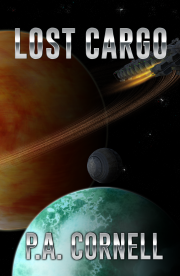