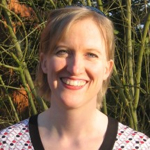 My oldest sister is very wise. Once, long ago, when I was struggling to master a difficult situation, she sent me a letter about strength and weakness. The gist of the content was this: Many strengths are the flip side of weakness. Many weaknesses are the flip side of a strength. Like two faces of a coin, they are inherent within each other, and you can’t destroy one without sacrificing its partner.

This concept rocked my world. Think about it: Brashness is linked to overconfidence. Envy is an expression of desire. Anxiety stems from a heightened awareness of vulnerability. The same characteristic – in this case confidence, ambition, or perceptiveness – can manifest as either an advantage or a handicap. It all depends on which side of the coin is facing up.

Obviously, this analogy won’t hold up in every conceivable circumstance, but it applies a surprising amount of the time. And like most real-world truths, it comes in handy when writing fiction.

You want to create believable, well-rounded characters? Instead of assembling a random grab bag of quirks, strengths, and weaknesses, look for extensions of the characteristics you already have in place. If your protagonist is extraordinarily intelligent, consider how this affects her behavior toward others. Does she become impatient with them? Disregard their input? Feign normalcy to avoid standing out? If your sword-wielding fantasy hero is exceptionally kind-hearted, look for the flaws inherent in that strength. Does he neglect his own needs in his eagerness to help others? Does he view other people as objects to be saved, rather than as human beings with individual thoughts and emotions? Do enemies disregard him because he simply doesn’t speak gruffly enough?

When readers complain of characters who are ‘too weak’, ‘too flawed’, or ‘too passive’ to be interesting, it’s tempting to erase the weaknesses out of the character. I submit that stories are sometimes more powerful if you leave the weaknesses in place – and then allow the character to discover and capitalize on the associated strengths. A dyslexic archaeologist who discovers patterns that others overlook is far more interesting than a run-of-the-mill archaeologist who makes the same discoveries by accident. A ruling monarch who deals with his depression by sneaking out at night to fight crime is much more engaging than a stereotypical do-gooder.

Characters are more than just a compilation of weaknesses and strengths, of course. But understanding the boundaries of their abilities – and forcing them to stretch those boundaries – can be an excellent way to escape mediocrity and bring your characters to life. Strive to let a character’s strengths and weaknesses flow into each other, and you may be surprised at the results.