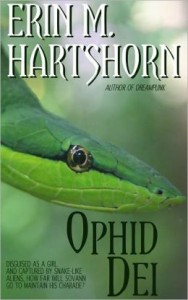 When I first qualified for SFWA, it had been going through yet another kerfuffle—which one almost certainly doesn’t matter; they tend to come up again and again. People were quitting, and there were questions about whether SFWA is still relevant.

That’s why I knew I had to join.

I believe in a big tent philosophy—that there is room for all of us who write science fiction and fantasy to meet together as professionals, regardless of what type of fiction we write, what medium we write for, or what beliefs we hold. I don’t care whether you’re writing

So I joined SFWA because I had a vision of what it could be, and I wanted to work for that vision—and I knew I couldn’t complain about it not being what I wanted if I wasn’t willing to put some time in to help it get there. 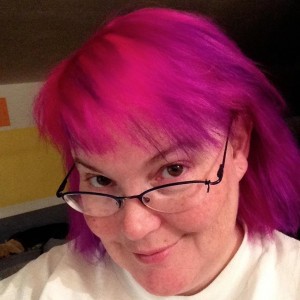 Why do I stay in SFWA? Because I believe we have a lot to learn from each other, and I’d like to expand the number of people talking to each other about how to do new things. I stayed through a couple of years while we waited for reincorporation to be complete and then more time as self-publishing was discussed, voted on, and eventually enacted. Now that we’ve opened up the doors to writers who are publishing with small presses or on their own, I think the doors ought to open up even more. I’d like to see membership expanded to include graphic novelists, web cartoonists, and game designers. (Seriously—the amount of dialogue for Shepard in the Mass Effect series? Or the books of history in Skyrim? Totally fiction, obviously professional, words that should count.) I’ve learned so much already from being a member of SFWA: clauses in short story and novel contracts, proper lengths of exclusive periods, sites and groups that may be abusing copyrights, how to serialize work, how Patreon has worked for individuals and magazines like Clarkesworld, various thoughts on Kickstarter, different ways some writers think sideways to make more income.

I have a lot to learn still. We all do. And so I not only stay in SFWA, I encourage others to join as well, so the organization can grow and thrive.

After realizing grad school was not for her, Erin M. Hartshorn launched The Well-Chosen Word, providing indexing, copyediting, and proofreading services. of nonfiction texts. Joy! When she answered Wizard of the Coast’s open call for The Maiden of Pain she began her fiction career. When not writing or editing, she spends time with her husband, two children, and an English cocker spaniel.