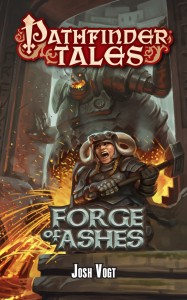 Back in college, when I first set out to be a professional author, the biggest question I wanted answered upfront was: “What does being a pro author mean?” What were the qualifications? How did I set goals to become a professional so I could know if I’d attained that level?

Lo and behold, as I searched online for an answer, I quickly stumbled across the SFWA website. Alongside all the resources the site offered (which were plentiful), it also gave me a goal. A concrete concept that I could fix in place as I continued to pursue writing. Joining SFWA, I knew, wouldn’t be the end-all-be-all of my progress as a professional writer—but it would be a first big step along that adventure.

At the same time, SFWA’s Writer Beware section caught my eye, and I realized there were many pitfalls and potential troubles I could struggle with on the path to professional authorship. Writer Beware showed me that I needed to not just pursue my dream…but protect it as well. And people like Victoria Strauss and A.C. Crispin devoted endless hours to informing me and other aspiring writers about all the dead ends, conniving crooks, and downright dastardly schemes that unfortunately infested the publishing industry.

It was eye-opening, to say the least. I scoured the posts and articles, wanting to draw in every scrap of info that could help me avoid some of the unfortunate fates others had succumbed to. I didn’t want my effort to be wasted, nor my money swindled, nor a book published under sub-par standards or with a shoddy contract. SFWA didn’t just offer me a goal to achieve, but also gave me the resources I needed to achieve it in the first place. Through the site, I not only learned things about the writing craft, but also the publishing industry as a whole that I never would’ve guessed existed before. I learned that rejection wasn’t the worst thing that could happen to a writer. That there were those actively seeking to take advantage of aspiring authors, wanting to rip them off and milk them for every cent they had.

I was emboldened by everything SFWA offered, but also learned to beware the wolves prowling the area. I was inspired and informed, but also cautioned and shown a more careful path at times. All of these things helped me onward to today, where I’ve joined SFWA and am enjoying many “author firsts” with novels debuting and other milestones. 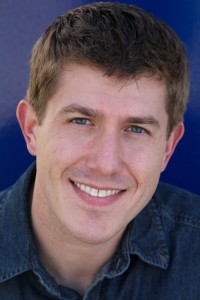 Becoming an author is a dream for many. But for those who want it to become a reality, I cannot suggest a greater collective of insight, advice, and warning than SFWA and Writer Beware, as well as the community built around both. I’m proud to be part of it and look forward to the ways SFWA will continue to evolve as the industry (and the world) shifts.

Even as it changes, I know one thing will stay the same. It will remain dedicated to helping writers further their dreams, while also doing what it can to safeguard them.

Josh Vogt’s work covers fantasy, science fiction, horror, humor, pulp, and more. His debut fantasy novel is Pathfinder Tales: Forge of Ashes, alongside the launch of his urban fantasy series, The Cleaners, with Enter the Janitor. He’s a member of SFWA and the International Association of Media Tie-In Writers.