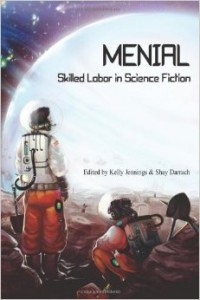 In my freshman year in college, I made a serious mistake. I tried to workshop a science fiction story in my first creative writing class.

I was completely addicted to science fiction and fantasy, having spent my childhood and adolescence devouring every SF novel I could find in my school and local libraries. I wanted to be a writer, and I wanted to write science fiction. So the first thing I submitted to what was essentially my first workshop experience was a science fiction tale I’d written over the summer.

Now, I have no memory of the story itself. It probably wasn’t very good. But in the end, the quality of the story didn’t matter — because the teacher, like many academics of the day, looked upon science fiction and/or fantasy as something undeserving of the term Literature. He started the class by announcing, “I want to preface this by saying that I stopped reading science fiction when I was 12, and I think most reasonable people do the same.” He then opened the floor for discussion.

Not unwilling to take a hint, most of my classmates jumped for the chance to find fault. My poor little story was completely trashed.

However, that didn’t stop me from continuing to write the stuff, and a few years later, I finally had the chutzpah to submit a story to Analog. And was completely delighted when, instead of a form rejection, I got a personal letter from then-editor Ben Bova, explaining why he didn’t take the story and encouraging me to try again. A year later, I went to my first science fiction convention (the 1977 Worldcon — at which a number of women writers and fans were practically dancing in the aisles because it had recently been revealed that James Tiptree Jr. was actually Alice Sheldon). By then, I knew that, whatever else I would do with my life, it would involve writing science fiction and/or fantasy.

And as part of that goal, I would, when I could, join SFWA.

It took a while. I write short stories, and I write them slowly — and life got in the way once or twice — so it was a few years before I sold the story that allowed me to become an associate member, and a few more before I finally qualified as an active member.

At this point, I’m fairly sure that I will never make a living as a fiction writer (although I have, at various times in my career, made a living as a freelance nonfiction writer). But I’ve found that belonging to SFWA means belonging to a community — a diverse and wonderfully contentious community that often seems as if it can’t agree on politics, economics, the state of the publishing industry or the genre itself. But let somebody find themselves in financial trouble, legal problems, illness or some other issue, and there is an immediate response.

This is why I joined SFWA, and why I will continue to do so: Because in the end, despite all the squabbling and upheavals, it continues to be a community bound together by our love for the genre. So what could be bad? 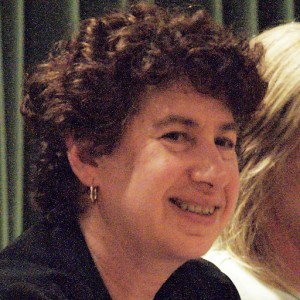 Barbara Krasnoff has had stories appear in a variety of print and online publications. The most recent include Space and Time, Apex, Cosmos, Crossed Genres, Electric Velocipede, Weird Tales, Sybil’s Garage, Lady Churchill’s Rosebud Wristlet and Amazing Stories, among others. She will also have stories in future issues of Mythic Delirium and Abyss & Apex.

Barbara is currently Sr. Reviews Editor for Computerworld, a tech publication for IT professionals. She is a member of the Tabula Rasa writers group and lives in Brooklyn, NY with her partner Jim Freund.

Playful, whimsical, or dark, but always thoughtful & tinged with the inexplicably weird, the Weird Dream Society brings together 23 of the most innovative creators in speculative fiction. All proceeds go to the legal aid organization RAICES.