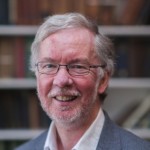 Few observers who truly understand science fiction expect it to predict the future – that’s left to the press, wheeling out the inevitable ‘What Back to the Future got right (and wrong)’ stories. Admittedly there is an evil joy to be had from spotting errors in science fiction technology. My favorite has long been from the James Blish novel They Shall Have Stars in which we read “there was no electronic device anywhere on the Bridge since it was impossible to maintain a vacuum on Jupiter.”  The assumption Blish made was that electronics implied vacuum tubes, which would collapse under the extreme atmospheric pressure. And assumptions will always let us down if we look to science fiction for prediction.

Although definitions of science fiction are tricky, it surely specializes in “What if?” – placing humans (or aliens) in an imagined scenario that has an element of science or technology in its set-up and seeing how they react. This is why Jules Verne got it so wrong about H. G. Wells when comparing their fictional voyages to the Moon. Verne remarked “It occurs to me that his stories do not repose on a very scientific basis… I make use of physics.” Yet in reality, Wells did the better job. He took an admittedly fictional means of travel, but then followed it through logically in its impact on humans. Verne took an existing technology – the cannon – and used it in a totally illogical fashion, firing his astronauts into space with a g force that would have left them as soup.

It is far more important in science fiction for the follow-through of the “what if” to be realistic and logical than it is for the setup to make a clear prediction of scientific possibility. This is why in the excellent TV show Buffy the Vampire Slayer, there is no problem with vampires and werewolves, because they fit logically with the show’s premise. The one feature that jars is the use of near-perfect humanoid robots, which doesn’t seem realistic within the Buffy world.

It’s rare that there is a direct and specific link where an individual has seen or read something in fiction and thought “I want to make that happen” – and even when it does, the outcome is often more an inspiration than a direct reproduction of the science fiction technology. Perhaps the clearest example was back in 1987 when the young computer programmer John Carmack was inspired by the holodeck on Star Trek: The Next Generation to create software that would enable a player to take a free virtual walk through a computer-based environment, leading to the groundbreaking games Wolfenstein 3D, Doom and Quake.

For much of the twentieth century, when scientists were inspired by fiction, they went out of their way to deny it. This arguably led to the decision to name the US rocket development facility in Pasadena, California the “Jet Propulsion Laboratory.” For its entire lifetime, the site has worked on rockets, not jet engines, yet according to JPL legend, when the site was established in the 1930s, rockets were considered too much the property of science fiction to be the subject of serious research and so their role had to be concealed.

The same horror of a science fiction association was present when the Hughes Corporation arranged a press conference for Theodore Maiman’s 1960 construction of the first laser. The assembled suits wanted to discuss the different ways that the laser could improve telecommunications. But the press only had one image in mind. Despite Maiman’s efforts to deflect attention at the press conference, the next day’s headlines were typified by “L.A. man discovers science fiction death ray.”

The stiffly dressed scientists of the period could deny it all they liked, but it was clear that ideas from science fiction gave vision to their work. Again, this was not a simple relationship of “scientist reads about idea in science fiction; scientist makes it real.” Take, for instance, robots. There is no doubt that many of the attempts to create humanoid robots have been driven by science fiction archetypes like Isaac Asimov’s classic stories. And the very word “robot” comes from fiction. Yet equally many of the real robots in use in factories today bear no resemblance to their science fiction forebears. And mechanical automata date back well before anything that can be seriously called science fiction was written.

It is easy to find many different science and technology areas with a similarly complex relationship with science fiction. Virtual reality, tractor beams, bringing extinct creatures back to life, exoskeleton suits, cyborgs, cloaking devices and artificial intelligence spring to mind, and there are many more. But in the end, all of these pale before what I’d suggest is the most important influence of science fiction on science. In my job I talk to plenty of scientists – and a remarkable number of them were influenced to get an interest and then a career in science by science fiction. It may not have directly inspired every bit of science we see, but science fiction has certainly shaped generations of scientists. And that can only be a good thing.

Brian Clegg is a British popular science author with over 20 books in print. His latest title, Ten Billion Tomorrows: How Science Fiction Technology Became Reality and Shapes the Future is released on December 8 by St. Martins Press.