The Award comes with an honorarium of $1,000 and honors a distinguished science fiction or fantasy book, either a novel or a single-author collection, created by a writer living in the Pacific Northwest.

JUDGES
The judges for the 2015 Award were Russell Davis, Esther Friesner, and Fran Wilde.

AWARD ELIGIBILITY FOR 2016
To be eligible for next year’s Endeavour Award the book — either a novel or a single-author collection of stories — must be either science fiction or fantasy.  The majority of the book must have been written, and the book accepted for publication, while the author was living in the Pacific Northwest (Oregon, Washington, Idaho, Alaska, British Columbia, or the Yukon.)  The deadline to enter books published during 2015 is February 15, 2016. Full information on entering the Award is available on the Endeavour Web site: www.osfci.org/endeavour. 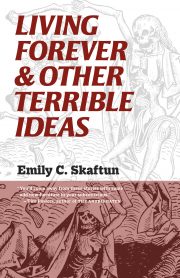 Catherine writes the Major Bhaajan Mysteries, Skolian saga and other works. She received a PhD in chemical physics and often appears as a speaker or guest of honor in the US and abroad. She started imagining sf stories at the venerable age of three.