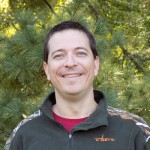 n some ways, publishing is a zero-sum game. There are only so many slots in the schedule of traditional publishers. Only ten books can occupy the top ten list, and only one can win the Hugo. Yet the most dangerous and pervasive threat to the aspiring author is not another author, nor is it a big bad publisher. Nor is it a certain online store. No, the biggest threat is the ever-shrinking reading time the average person has in our modern world.

Books once enjoyed very little competition in this arena. Now, time that was once given over to reading is spent on the internet, on social media, on Netflix. The geek who used to read forty hours a week now spends them playing Dragon Age. That’s why authors need to band together: to remind the world of the importance of books. To get them to choose reading over skimming and streaming. Mark my words, fellow authors, we will live or die by our ability to do so.

The modern world has so many demands on a person’s time. That’s why breakout successes — books like The Hunger Games, Divergent, and Fifty Shades of Grey — are so important. They don’t just grease the wheels of the publishing industry; they also put books into the public zeitgeist. Some authors have criticized the writing in Fifty Shades of Grey, but guess what? It got a lot of people who hadn’t read a book since high school to pick one up and see what the fuss was about. Fifty Shades had people reading and talking about books, instead of the latest cat pictures or what went down on House of Cards.

What If Readership Doubled?

Imagine for a moment what would happen if the world’s readership were suddenly to double. This isn’t a realistic near-term goal, but it makes for a useful thought exercise. If the readership doubled, the first thing that would happen is a lot more authors would be able to make a decent living out of writing. Barnes & Noble might become profitable, allowing it to open new stores instead of closing them.

Publishers could hire more editors, which would allow more books to be acquired from new authors. They could expand marketing budgets, rather than slashing them. This would remove some of the marketing responsibility from authors’ shoulders, giving them more time to write and develop their craft. Last but not least, this dream-scenario would improve the terms that major publishers offer in contracts, because they would desperately need authors to sign.

These are some of the things that could happen if we found ways to build the readership worldwide. So, how can we do that?

No matter how you feel about Amazon, you have to admit that they’ve done a lot to make reading more convenient. E-readers make it so easy to browse, sample, and download new books. One-click ordering makes the process quick and painless. They can store hundreds of books at once, ensuring that someone who finds time to read can always have a book nearby.

Smart phones provide increasingly polished ways (such as the Kindle App and iBooks) to read electronic books. But smart phones are multi-function devices, and that makes them a double-edged sword. You can read on a phone, but you can also play Angry Birds.

Audiobooks, too, are helping people find more time to read. Now, you can listen to a book while jogging or driving or doing other somewhat-mindless tasks. A surprising number of the book reviewers and fellow authors I approached about reading my book admitted that most (if not all) of the books they read now are in audio form. These super-busy people would probably have to give up reading, were it not for the audio format.

What Authors Can Do

Pushing the envelope of technology is probably beyond the reach of most authors. Yet there are other ways we can do our part to boost the world’s readership. Here are three:

No one has a greater stake in the future of publishing than authors do. We are all united by the common desire to see our audience grow. As Margaret Mead said, a small group of thoughtful, committed citizens can change the world. That can (and should) be us. 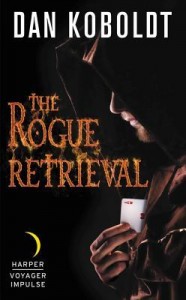 Dan Koboldt is a genetics researcher and fantasy/sci-fi author from the Midwest. He works for the McDonnell Genome Institute at Washington University, where he and his colleagues use next-generation DNA sequencing technologies to uncover the genetic basis of inherited disease. He has co-authored more than 60 publications in Nature, Science, The New England Journal of Medicine, and other scientific journals.

His novel The Rogue Retrieval, about a Vegas magician who infiltrates a medieval world, was published by Harper Voyager in January 2016. Dan is also an avid hunter and outdoorsman. He lives with his wife and children in St. Louis, where the deer take their revenge by eating the flowers in his backyard.