When 2015 dawned upon us one year ago, I, like many reasonable writers, penned down certain resolutions. One of them was to test the oft-repeated advice doled out on most, if not all, writing websites – write a fixed quota of words every day. Most websites and blogs and magazines geared towards writers urge this practice to keep the writing muscle adequately exercised. The number 500 is generally touted as an optimum, small enough to look achievable, but not substantial enough to intimidate the unpracticed writer.

In the past I had tried and repeatedly failed to exercise a regular writing routine. With a full-time job and a daughter in primary school I found weekdays too rushed to squeeze in creative work. I was content with the writing that I did on late Friday nights and on weekends, happy to churn out stories, revise them and then submit them when the time, and indeed the story, seemed ripe. In this way I chugged my way through 2014. Without writing a fixed number of words per day, I ended with roughly 80,000 words, split among 19 short stories, 16 essays and a few blog posts. I thought I had done pretty well, considering I had jumped in without planning but still ended on a high note.

So on 1st January 2015, I resolved to write 500 words per day everyday without fail. I planned meticulously this time, and boosted my list of prompts and triggers that would help me get through to the intended destination.

It worked very well. Until the tenth of May I wrote almost every day (skipping only 3 days due to unavoidable reasons). By that time I had written around 82,000 words, which meant that I achieved the entire quota of the previous year in less than half the time.

Unfortunately, I learnt to my dismay that this process has its downfalls. I’m sure this might leave most writers flummoxed. How is it possible that writing 500 words a day has any pitfalls? If most websites are to be believed, writing regularly is the panacea to all your problems – it will cure starvation, forge world peace, and reduce your weight by twenty pounds.

But the lessons trickled in one by one.

To begin with, I found no time to revise. I had only limited time to write – one fixed time slot that I could use to achieve the target. This was usually before I left for work, because after that it was just impossible. In that one time slot, if I only used it for writing, I found precious little time left over for editing or revising the stories I wrote. This meant that the revision happened only on weekends, in addition to the writing, and not as effectively as I would have liked.

In 2014, I would write a story over the weekend, and then set it aside, while beginning a new story. After a few weeks I would get back to it and revise it to improve clarity, theme, descriptions etc. This fine-tuning always took time and improved the story.

With a daily target to meet I found that I took out less time for honing and polishing my stories. I finished them and moved to the next. As of today, a long list of documents await my editorial touch.

More writing does not equal better writing. We’ve all heard that practice makes perfect, but in my case I felt that the quality of my writing had not necessarily improved after a week of regular sessions, though my overall word count had increased. The quality came about with the revisions that I had undertaken so painstakingly. It was always the revision and the rewrites in subsequent drafts that brought out the story.

To bring about a discernible difference in my writing, I attempted to identify a skill to master, such as POV, description or dialogue, and then focused on it. Such targeted exercises vastly improved my writing sessions and made them far more productive.

I often borrowed prompts of literary journals and tried hard to write something of publishable quality that would suit the journal. This failed miserably. I always wrote better if I just picked up a prompt and did some free-writing on it without any intention of ever publishing the resulting piece. Eventually I created a document called Writing Practice, and compiled these short pieces in there. Later I combed through the text and chose well-written paragraphs from it, and constructed entire essays or stories around them.

Before embarking on my 500-word-a-day mission, I had stockpiled pages of prompts to guide me on my journey. This lasted me barely a month, by which time my stock had run out. Therein lay another lesson to learn. My list of prompts and triggers should have been far more extensive, or I should have incorporated some brainstorming time into my routine as well, to boost this list. When writing every day, it surprised me how fast I ran through my laundry list of ideas and how often I was forced to come up with new ones for completing my quota for the day.

I have not abandoned the experiment completely. I would advise writers who have not attempted it yet to do so, for there is nothing that inspires more confidence than being able to churn out 500 original words per day. I plan to take up the 500-words-a-day mission once again when the time is ripe, and until then, I am content to add to my writing well with sporadic sessions of practice.

Gargi Mehra is a software professional by day, a writer by night and a mother at all times. She writes fiction and humor in an effort to unite the two sides of the brain in cerebral harmony. Her work has appeared in Page & Spine, Tincture Journal, GlassFire, Bartleby Snopes, and Literary Mama, among other numerous literary magazines online and in print. She lives with her husband and two children in Pune, India. Her online home can be found at http://gargimehra.wordpress.com/ and she tweets as @gargimehra 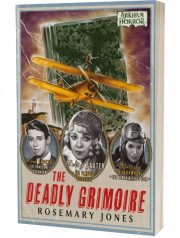