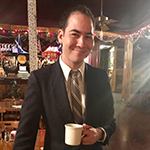 For those interested in breaking into genre television writing, an agent is paramount. They are the gatekeepers into a very exclusive world with a limited number of buyers. Here are some useful tips to garner representation. Please keep in mind: There is no one way of becoming represented, and this is solely based on my personal experience.

The first thing a writer will need are two killer television scripts, in the same format and in their target genre. This may sound obvious, but is nevertheless true. The hardest part isn’t just writing your script, it’s getting someone to read it, which is why it has to be excellent because second chances with a script reader are rare. The reason the writer will need at least two samples is because the agent wants proof that the scribe can do it more than once.

The writer will need to be very specific about exactly what kind of scribe they are gunning to be. A Hollywood agent won’t want someone who is open to any genre. For example: someone who blithely says that they’ll write anything, or enjoys both comedy and drama. So be precise. For our intents and purposes, we are targeting the science fiction / genre market. The samples that got me my second TV agent were two science fiction pilots. I pitched myself as the kind of writer who understood high-concept genre fare and yearned to write one-hour dramas. Shows like Man in the High Castle, Westworld and The Expanse.

After you have the requisite samples, and only then, you can begin submitting and querying agents. But to be honest, referrals work best. In my ten years in the industry, I have never met any writers who have been able to obtain a reputable TV agent via email query. I’ve heard tales of that happening, but they are very rare, like people who sell scripts that don’t live in LA, it’s more the exception than the rule.

Speaking of locations, it’s extremely beneficial to live in Los Angeles since that is where most of the buyers and showrunners are based. I used to live in New York, and desperately wanted to make it from there. But after years of trying, it was clear that my goal was unrealistic. My first agent who signed me was based in Manhattan. Before the ink dried on our contract, she looked up at me and said, “When are you moving to LA?”

Which leads to another important piece of advice, get into the industry any way you can. It’s difficult to make the right contacts unless you are located in LA, and working in the business. Breaking into TV is a monumental task, especially in the early stages. Selling fiction is a very different animal than getting staffed on a show or landing a freelance script assignment. For one, you can sell short stories without ever having to meet the buyers, but LA is extremely contacts and reputation driven. The buyers tend to want to meet the writers, even if they secretly have no intention of buying. Though quality writing counts most, it’s unfortunately not the only deciding factor.

The best way to get your work considered by an agent is to be referred via contacts who work in the industry. Contacts who are able and willing to do this are hard won, and you must rightfully earn their trust. They must know that you have quality work, and that you are dependable and sane, because giving you a referral is them putting their neck on the line. If they like you and your work enough to submit it on your behalf, you can give them your single best script – and they can send it to the agent or manager they know. After a week or two, you will most likely hear back if the agent is interested in having a general meeting.

If and when you garner a meeting with an agent – congrats! Those are very hard to get! Bring your A-game and go over your background in detail to best position yourself as a writer for genre content. For example, I clearly discussed why I’d be of value in this space: I’d worked for Marvel Entertainment for five years, which taught me valuable world building skills and gave me an eye for what’s commercial; and I had written for different science fiction publications. I also explained that I had experience in TV development, and understood the etiquette of the business. Finally, I had a number of ideas ready to be discussed in case the agent was wondering what else I was working on.

As a side note: A big benefit to being a prose writer who is gunning to write for TV is that if you have a lot of published work,  you can bring your properties to the table. And Hollywood loves pre-established I.P. That, in league with quality scripts, would be a giant advantage over the majority of writers who don’t. But again, though prose fiction can potentially count for a lot, you will still need quality scripts to prove you can write in the medium.

If you and the agent click, he or she might ask you for another sample, the second script I mentioned that you should have in your back pocket. If they like that one, and they like you, they’ll hopefully extend an offer and sign you. Then you will be on your way to Level II, which is meeting and pitching yourself to development execs and showrunners.