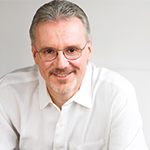 I’m delighted my urban fantasy novel, The Wolf at the End of the World, is in the current SFWA fantasy eBook bundle from StoryBundle. This was my first novel, taking place five years after events in my award-winning novelette, “Spirit Dance.”

While creating these stories, I was very aware I was a white male of European descent (English, Welsh, Irish) writing about Cree and Ojibwe culture, traditions, and beliefs. I knew I risked being accused of cultural appropriation.

That risk is greater if the writer belongs to the traditional majority and is writing about a minority in their society. It becomes greater still when that majority has oppressed that minority for over two centuries, as the Europeans have the First Nations people. My ancestors stole their land, broke treaties, and introduced programs to destroy their culture and way of life.

The most egregious oppression was the residential school system in which the Canadian government and all major churches engaged in a premeditated program and formal policy of cultural genocide. With a stated goal to assimilate the “Indian” into Canadian society (meaning white European culture), the government designed the program (in a federal minister’s own words) “to kill the Indian in the child.”

Residential schools involved the forced removal of First Nations children as young as six years old from their parents and homes into mandatory and permanent residence at boarding schools funded by the federal government and run by the churches. The abuses in residential schools have been well documented—thousands of cases of horrific physical, mental, and sexual abuse. The system began in 1892 and didn’t end until over a century later.

So, yes, I was a tad paranoid of being accused of cultural appropriation.

Let me first explain why I was drawn to Cree and Ojibwe culture for The Wolf at the End of the World.

I wanted my shapeshifters, the Heroka, to be different from a standard werewolf. For one thing, I wanted the Heroka to include all animals, not just wolves. And I wanted them to be believable.

The theme of the book is a warning call about what we’re doing to our environment, to our natural resources, to the wilderness that once defined Canada—the wilderness our animal species need for survival.

So if my story was about animal habitat destruction by modern society, I needed a contrasting cultural view, one with a deep respect for the relationship between humans, nature, and animals. I wanted a belief system diametrically opposed to the European view that places humans atop the pyramid of life on Earth.

I found that view in the stories of our First Nations. The Cree spirit Wisakejack is the voice for those stories in the novel. The tale he tells Zach, the young hero of the book, of the creation of the world demonstrate why these beliefs fit so perfectly with the Heroka:

First, Kitche Manitou created the four elements—earth, water, fire, and air—and from them made the world—the Sun, stars, Moon, and Earth. Then he created the orders of life. First plants, which needed the sun, air, water, and earth. Then the plant eaters, which need the plants. Then the meat eaters, which need the plant eaters. And finally, he created humans. We came last, because we need everything that Kitche Manitou created before us. Air, water, earth, sun, plants, animals. We are the most dependent of all of creation, making us the weakest of all orders of life, not the strongest.

The Heroka understand , as Wisakejack tells Zach, that everything’s connected. Western society has forgotten our dependence on the land. Forgetting that connection, we’ve lost it, too.

A note: I’m not saying these stories encompass all of aboriginal culture. First Nations people are diverse, expressing their beliefs in varied ways. Plus many today are urban dwellers. But First Nations traditional stories speak of the close connection between humans, animals, and the land. I believe those stories continue to have relevance.

So that’s why I drew on the rich and wonderful stories and traditions of the Cree and Ojibwe in this book. But that’s only part of my response to concerns of cultural appropriation.

I researched. A lot. I read as much as I could about the ceremonies, beliefs, traditions, and histories of the Cree and Ojibwe. I stayed at an Ojibwe First Nations Reserve. I interviewed the chief and her mother. I visited three different reserve communities and talked to as many First Nations people as I could.

In short, I tried to do my homework as best as I could.

And I read the stories. Ever so many stories. Because, as Wisakejack tells Jack, that’s how the People taught their children. I came to appreciate how these stories both entertained and educated, teaching children about the harsh environment they lived in.

Reading these stories was a delight. But they also caused me some worry. I’d read of, say, Wisakejack and the flood and the recreation of the world, and then read another version that differed significantly in events and details. In some versions, his wolf brother lives, in others he dies, while still in others, the wolf is not even mentioned.

I wanted to get the facts and the stories right. How could I do that if every version of a story was different? Which version was the “right” one?

Eventually, I came to understand these stories were transcribed from versions people remembered being told when they were young or used to tell their children. Story telling was an oral tradition. Each storyteller would tell their own versions of traditional tales. Every version I read would naturally be different, varying as the storytellers varied. Or as we learned about Ed, an Ojibwe character in the book, and his storytelling class:

He never read to the kids from the books. Storytelling was an oral tradition, not a written one. Reading the stories didn’t let him change them, adding something each time around to give a slightly different meaning to the story from the last time he told it.

Besides, he liked his versions better.

I think it’s as Wisakejack tells Zach in the book: A story is true if its meaning is true. I’ve tried to stay true to the meaning of these stories.

So there’s my defence. I fell in love with the stories and the culture, and found in them the same core truth that is the theme of the book. I did my very best to make sure I got things right and as accurate as possible. And I treated that culture with respect.

Thankfully, despite residential schools, continued government neglect, and cultural oppression, our indigenous people have persevered in finding ways to carry on their traditions and to bring their rich heritage to new generations, refusing to have their culture relegated to the past. And the recommendations of the Truth and Reconciliation Committee bring hope that past wrongs will be redressed and the future will be brighter.

Douglas Smith is an award-winning Canadian author described by Library Journal as “one of Canada’s most original writers of speculative fiction.” His fiction has been published in twenty-six languages and thirty-two countries. His work includes the urban fantasy novel, The Wolf at the End of the World, and the collections Chimerascope, Impossibilia, and La Danse des Esprits. His non-fiction guide for writers, Playing the Short Game: How to Market & Sell Short Fiction, is a must read for any short story writer.

Doug is a three-time winner of Canada’s Aurora Award, and has been a finalist for the John W. Campbell Award, CBC’s Bookies Award, Canada’s juried Sunburst Award, and France’s juried Prix Masterton and Prix Bob Morane. A short film based on Doug’s story “By Her Hand, She Draws You Down” won several awards at film festivals around the world.