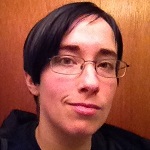 For the past three years, I have been working as a ghostwriter, writing coach, and English tutor. In my line of work, I almost invariably partner with people who are writing or editing their memoirs. For the most part, they’re content to know that I have a Master’s degree, but occasionally they want to know if I’ve published anything, and if so, what kind of stories I write for myself. I both dread and relish this moment, because it’s a chance to reveal my dirty secret: my preferred genre is Science Fiction.

The more I work outside my genre, however, the more overlap I see in my toolbox. Writing science fiction prepares me to write about the lives of strangers, and revising stories about real-world events improves my speculative writing. Almost all of the revision advice I give to memoirists is the same advice I give to the rare spec fic writer that I have the opportunity to mentor.

The truth is, any good writing is going to take a lot of world-building.

Science fiction is meant to transport you to places you can never visit, often because the stories are set in the far future or on fictional worlds. As a storyteller, you have to explore this imagined world, perhaps considering the implications of a gravity field or a Martian weather dome.

It might seem like nonfiction writers have the advantage here. Someone living in Haiti, for example, doesn’t have to imagine what life would be like in a weather-controlled geodesic dome on Neptune. She can just walk out the door and describe what she sees.

That’s a simple analysis… and perhaps an oversimplified one. Imagine, for example, that this Haitian woman’s memoir ends up in the hands of someone living in North Dakota. These people live in two very different climates, are subject to the laws of two different governments, and earn a living in two vastly different economies. To someone living in Fargo, life in Port-Au-Prince might be as unfamiliar as life on the moon, and vice versa, depending on which intergalactic dictatorship establishes that first lunar colony. You don’t know what experience your readers will be drawing from, so it’s up to you to tell them what they need to know.

It is not enough to simply name a place, whether that place is real or imagined. A good setting, whether based on experience or imagination, will firmly root the reader in a nearly tangible time and place. Sights, sounds, aromas, and context all matter. As a speculative writer, you have the option to invent anything you like, and the challenge of describing that invented place as totally and consistently as you would a real one.

Of course, it’s not enough to simply put the reader in a setting, no matter how well-considered or elaborately detailed it may be.

One of the biggest hurdles in any type of storytelling is making the reader care about your characters. Even a curious, engaged readership will bore quickly if you hand them a stock character, or relay boring details in a dry or tedious manner. I constantly remind writers that just because a particular memory invokes nostalgia, that doesn’t necessarily mean that it has to go into their book. Nobody, I assure them, cares how good your mother’s cooking was. Your reader will tune out, or worse, put your piece aside. The reader wants to know about you. They want to care about you. Get rid of the minutia and focus on presenting yourself as a character.

While a spec fic writer won’t face this exact same problem, getting hung up on specific mechanics or explanations can have the same effect. Focusing too much on the rules of the world can distract your reader from the character, and why they should care about what will happen to them by the end of the story. This is especially true of short fiction, where you only have a few thousand words to get your story across.

When a book is starting to bore me, I have a simple test to determine whether I will keep reading. I imagine that in the next two pages, all the characters die. Would I care, or would I be relieved that I wouldn’t have to spend any more time reading about these dull, annoying, underdeveloped, or unrelatable people? If so, I put the book aside. For me, if there’s no character, there’s no story.

Once again, it’s a little easier to fix this problem in a nonfiction piece. If a character in a memoir isn’t fully developed, you can go back in revision and describe them more completely, or include another anecdote that shows another facet of their personality. In spec fic, you have to stretch your imagination a little further, push the character out of his or her or its comfort zone, and create something that didn’t exist before.

Whether you’re writing about the crew a space-age pirate ship powered by alien technology, an elf-child growing up in a high fantasy world ruled by capitalist dragons, or your experience as the only queer teen in a Nebraskan high school, I will offer the same piece of advice. You have to describe the place, the dimly-lit gym decorate for prom, the sylvan glade, the intergalactic battle station. You have to explain the story behind the first mate’s wooden eye, his fear of stagnant water, and his secret obsession with romance novels. You have to make us believe in something we’ve never seen.

You have to take us there.

K. C. Norton writes across genres, but she feels most at home in worlds she can never visit. She holds an MFA in Writing for Children & Young Adults, and she works as a tutor, ghostwriter, and developmental editor with writers of all skill levels. Her stories about romance-novel loving pirates, enslaved turnip-people, and interstellar underworlds have appeared in publications such as Writers of the Future, Orson Scott Card’s Intergalactic Medicine Show, Galaxy’s Edge, and more. When she isn’t writing, she rules over an empire of free-range poultry with the help of an aspiring graphic novelist sidekick and several scurrilous canines.