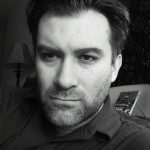 Regularity has never been my strong suite. For most of my life (all of it, if we’re being honest), I’ve gotten by on the blitz and rest method that carried the hare so far in his racing career (insert sarcasm here). I wrote in a massive burst for two days, and then nothing for a week, one day on and three days off, rinse and repeat. Then, even that dried up.

The last two years had involved enough personal chaos for me that I fell almost completely out of the habit of writing. I still thought about it, but more in that vague sort of way common to fourteen-year-olds stuck in math class and dreaming of becoming the next Stephen King. By that, I mean I might sit down to write, manage to fill half of a page, and then spend the rest of the day focusing on non-productive visions of how the final work might be received (ignoring the reality that I was definitely going to re-read my half of a page the next day and delete it in frustration). If asked, I wouldn’t have called myself blocked, but I was most definitely blocked.

But for those two people: Here comes solid gold!

My daughter recently found herself interested in chapter books. Previously she wasn’t willing to sit through them, but over the summer she discovered a love of longer stories. One night we finished her current obsession, Wedgie and Gizmo, and I shut off the light. This is the point where she normally hems and haws about going to sleep, fights it a bit, and then finally surrenders. Normally. On this occasion, she dug in like mad, refusing to go so sleep, to even contemplate it. She was just too keyed up and excited. She needed more stories, and she didn’t want a shorter one. She wanted a brain story. Apparently a brain story is one that comes from my brain, then and there. Makes sense. I keep four or five of those on hand at any given time (according to her). I don’t (according to reality). But what the hell.

Without thinking about it much, or even considering where I was going, I launched into a story where she was the main character, fashioning something along the lines of the old radio serials and the books that inspired them. It was awful. The sentences were stilted, the flow of the thing was atrocious, and the narrative made no active sense. But she got a kick out of it, and it ended on a cliffhanger. Bonus: she went to sleep.

Additional bonus: My mind kept turning as I tried to go to sleep, and not in the useless daydream fashion, but rather, in the wonderful brainstorming way a writer’s brain has of filling in gaps and finding routes around problems. Suddenly, the idea didn’t seem so terrible.

The next morning I woke up and wrote down the off-the-cuff chapter I’d told her, and it wasn’t so terrible at all. In fact, I kind of loved it. I rolled the pieces around in the back of my mind while I was at work, and that night she didn’t want her next book, she wanted more of her brain story. So I made up another chapter, and wrote it down the next morning.

I’ve never been good at outlining before I write. If I know where the story is going, then the fun part is already done, and the writing becomes a chore. But this new thing, where I tell her a chapter, then think on it, smooth out the edges, and write it down, forced me into a mid-range style of outlining that really works for me. This new habit has forced me to be more regular about my writing than I’ve ever been, think about it more before I do it, and it gives me a test audience while I’m still excited by the idea.

I don’t write children’s books. At least, I didn’t. Now, apparently, I’m writing a children’s book. That’s one weird consequence, but this experience has also gotten me back into writing my normal style of work, so I’m more productive overall. Plus, I’ve been thinking… the hermit crabs have been dying for a violent bedtime story about the devil and the old west.

So, go on. If you’re struggling through the writing, find someone who wants a story (or can’t object because they are a pet), and wing it.

Clay Johnson is a video editor and motion graphics designer for a sports network. He is the author of the fantasy novel, Off to See the Wizard.