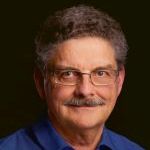 Recently, I started a novel that centers on colonizing another planet. One of the problems when writing any SF story is keeping the technology reasonable enough that the reader can suspend their disbelief and focus on the story rather than being rudely pulled from the plot by preposterous violations of the laws of nature. For my story, there were two laws of nature that I was forced to deal with: The first is that nasty limit that dear professor Einstein placed on velocity, namely, you can’t travel faster than the speed of light. Most SF handles this with the somewhat dubious trope of hyperspace. All we have to do is get ourselves into that mystical realm and we can go as fast as we darn well please. This is, of course, very handy, and most SF readers will slough it off without a second thought. For this novel, however, I decided to remain within classical physics and abide by the speed limit.

The implications for my colonists are many and varied. Interstellar travel under this limitation takes a long, long time even with the time dilation associated with very fast space travel. The colonists have basically two options for handling the travel time: suspended animation or a multi-generational colony ship. Suspended animation is either freezing or some more SF method that actually stops molecular movement. While a ship full of peoplesicles is probably more practical for lengthy flights, the technology for turning a lump of ice back into an undamaged person does not exist. The other problem with suspended animation is that it tends to lead to a suspended story, so I opted for a multi-generational colony ship. The ship was to be carved out of the rocky core of an ice covered planetoid with the ice to be used as a source of hydrogen for the fusion reactors and the ion thrusters. During the flight, the colonists could engage in a lengthy soap opera for the entertainment of my readers.

I’d even gotten as far as figuring out about gravity. If you accelerate at 1G for the first half of the voyage, turn the ship around and decelerate at 1G for the last half, you always have gravity and it’s always in the same direction. But if you stop accelerating at some point in the voyage, you end up with zero G which is highly disruptive. So if I can’t accelerate and decelerate the entire voyage, then all or part of the ship must spin to create an artificial gravity with centripetal force. Unfortunately, the direction of the artificial gravity is at right angles to the direction of acceleration, so you have to rotate all of the living quarters of the ship to keep the floor where floors normally go — a major pain. Additionally, I found out at a presentation at the 2018 WorldCon that centripetal force doesn’t behave like natural gravity, meaning I needed to adjust many of the scenes in the story.

In addition to the Einstein limit, there’s the problem of oxygen — that’s oxygen at the colonist’s destination. We need oxygen to survive, but free oxygen only exists where there is life to constantly replenish it; otherwise, oxygen rapidly forms stable compounds like water and carbon dioxide. So, if you want to colonize a planet with an existing oxygen atmosphere, it has to already have life on it. The problem here is that this alien life would be something our bodies have never encountered and, thus, have no immune defense against. Unless the life was totally incompatible with ours (say silicon rather than carbon based), our colonists run the risk of being wiped out by the first breath they take on the new world. This might explain why aliens, if they’ve ever made it to our locality, have never attempted to make personal contact. The solution most SF writers has used for this problem is to ignore it (think of the crew in Star Trek merrily beaming down to any and all planets they encounter).

Initially, I thought the only solution was to take a dead world and Terraform it, which would take further generations and turn the novel into an epic. A writer friend recently offered another possible solution to this dilemma and I intend, with his permission, to use it. He suggested that the colonists could take samples of the life on the new world, test them, and use them to inoculate themselves against the local flora and fauna. This wouldn’t spare the local biota from destruction from one of the nasties brought by the colonists, but that’s the hazard of colonizing.

This novel has left me with a final questions which may be SF heresy: Why would intelligent lifeforms undertake the ruinous expense of a colonization mission which, if successful, could lead to the extinction of the entire crew? Would it not be better to focus on ones own inner peace, and harmony with ones neighbors and environment? Currently, the only answer I can come up with for such an expedition is utter desperation.

If I can figure out how to handle all these problems in a way that suspends my own disbelief, I may return to this novel — after I finish the other three I’m working on.

Stephen Sottong lives in beautiful northern California behind the Redwood Curtain. He has been a computer programmer, electronics technician, electrical engineer, academic librarian and now writes Science-Fiction full-time. In 2013 he was one of the winners of the Writers of the Future Contest. His fiction has appeared in anthologies, magazines, webzines and podcasts in lengths from drabble to novelette. He is currently working on two novel series. A full list of his publications is at www.stephensottong.com.