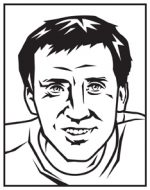 I’ve written a lot of short stories. Some have sold to magazines and anthologies and some haven’t. Once in a while all the right elements click into place and I produce something I am especially proud of. Sometimes these extra special stories sell quicker than others; editors snap them up almost right away. Other times, though, they receive one rejection after another and I wonder what the hell is going on. This happened recently with a story I wrote that I consider one of my best.

I’m not here to cry on your shoulder; I only offer this as an example of one of the many disappointments that sincere writers who attempt careers as freelancers face. On my way to getting my first story sale, and then associate membership in SFWA, and then active member in SFWA – and in my current ongoing attempt to make a full-time living with my fiction, I have received thousands of rejections. Again, this is not a plea for sympathy, but a statement of reality. Sometimes I feel like a boxer, his face torn to shreds, who staggers to his feet for one more round. I can’t throw in the bloody towel; I have nowhere else to go.

When we experience setbacks as writers, especially one after the other seemingly with no end in sight, how do we keep from becoming overwhelmed with despair? Here are a few things that work for me that I hope you find helpful.

One thing to realize upon feeling crushed after a particularly disappointing rejection is that it’s okay to feel down for awhile. This feeling will pass, and it will be replaced with your usual determination. Besides, hopefully you haven’t pegged all your dreams on that one shot. Once you finish a piece, whether story or novel, and you’ve sent it out, forget about it and start on the next one. That’s how I work: I keep writing and sending, writing and sending. If I have a low percentage of sales to submissions, I figure I increase the odds of a sale the more work I have out there. And that’s the way it happens, sort of.

Additionally, console yourself with stories of famous artists who had a tough time becoming recognized. One of my favorite rags-to-riches writer stories is Jack London: Sailor on Horseback by Irving Stone. The book has received criticism because it incorporates passages from Martin Eden, London’s autobiographical novel of his early struggles, but the critics are missing the point. It’s a wonderful tale of a writer battling against almost insurmountable odds. Another great story concerns Henry David Thoreau’s masterpiece of memoir and nature writing, Walden. Thoreau self-published the first edition of Walden, and in the years after its release it sold only a few hundred copies – whereupon Thoreau famously said, “I have now a library of nearly nine hundred volumes, over seven hundred of which I wrote myself.” And then there’s the publisher, one among many by the way, who rejected Harry Potter and the Philosopher’s Stone and told J.K. Rowling not to quit her day job. Closer to home, I was at a convention in San Diego once and I asked Connie Willis, the main guest, if she ever despaired while she was attempting to sell her stories. She told me how once, when she was just starting out, she had about a dozen stories off to market. She received a notice of a package at the post office, and instead of a nice surprise it was all the stories sent back rejected. She said she would have quit then and there, but she had already written out envelopes to the next markets on her list, so she sent them out again, and eventually all of them sold.

Another great encouragement is to get together with fellow writers, not necessarily to share your tales of woe – although that happens from time to time as well, and all writers have such tales to tell – but just to get together with like-minded individuals who are as passionate about writing as you are. That’s one thing I missed acutely when I first joined SFWA. I was living in Thessaloniki, Greece, and the nearest members were halfway across Europe. Since I returned to the States, and especially here to Seattle, I have come to love the times I can get together with fellow Clarion West graduates and SFWA members.

I suppose in closing, I would say to writers who struggle as I do: You’re not alone. When you’re passionate about something and can’t conceive of doing anything else, sometimes you just have to endure. To paraphrase the British statesman Edmond Burke: “Never despair, but if you do, keep on writing in spite of despair.”

John Walters is a graduate of the Clarion West class of 1973 who recently returned to the United States after living abroad for 35 years in India, Bangladesh, Italy, Greece, and other exotic locales. He currently lives in Seattle, Washington, with two of his five sons, making a precarious living as a full-time freelance writer. He writes science fiction and fantasy, thrillers, mainstream fiction, and memoirs of his wanderings around the world. He’s published over 20 books; the latest is a collection of stories: Invasive Procedures: Stories. You can find his website/blog at johnwalterswriter.com.