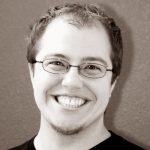 In May of 2017, a small press approached me on Twitter, said that they’d read and loved my short fiction, and that they wanted to publish a collection of my work. Seven whirlwind months later, The Ramshead Algorithm and Other Stories was released from Pink Narcissus Press. (And the book is gorgeous. But I digress.)

A legitimate publisher approaching an author, rather than the other way around, is both very flattering and very rare. But because of its rarity, the experience had a downside: I had been convinced it could never happen to me, so I was not ready in case it did.

And because of that, I made some stupid mistakes. Here are four big ones you should avoid, in case a publishing contract drops from the sky on you, too.

I had no idea how to pitch my book. I hadn’t pitched my book to a publisher–the publisher approached me–so I had no clue how to pitch it to potential readers, bloggers, reviewers, or librarians. What made my subgenre-spanning single-author collection better than or different from any other subgenre-spanning single-author collection? Did it have a unifying theme? Should I pitch it to queer blogs, since I’m a gay trans author, even though many of the stories have straight cis characters? Should I emphasize its variety of tones and moods, or would that alienate readers looking for a specific emotional experience? I eventually cobbled together a messaging strategy, but because I did it on the back end, I wasted time spinning my wheels instead of sending targeted pitches from the get-go.

My website was not ready. My quaint, hand-coded HTML/CSS website (designed in 2009 with a 1999 aesthetic) badly needed a modern, mobile-responsive redesign, and I knew it. But all I had there were short fiction sales, so the redesign didn’t seem urgent. So I kept putting it off. Which meant that when RAMSHEAD hit, I spent months of what should have been valuable pre-launch prep time scrambling on a website redesign instead. The new website is nice and I’m glad I did it, but I should have done it long before.

I had no idea what conventions to go to. In the past, I felt (however wrongly) that no programming committee would be interested in me as a panelist at conventions because I only wrote short fiction and didn’t have a book for sale. So I never applied to be a panelist anywhere. But then came Ramshead, and I had to make up for lost time by researching like mad to figure out what conventions might work for me. Had I thrown myself into the convention scene earlier in my career, I would have already known where to prioritize my energy.

I was too hampered by the above problems to emphasize online promotion. I received a great piece of advice from a fellow writer: “Find blogs, websites, and reviewers who like books that are like yours, and aim your book at them.” Sounds smart, right? Too bad I was too distracted to try it. I had so much catching up to do that once my launch date loomed, I’d run out of time to organize a blog tour or more than a couple of guest posts. If I had focused more efforts on making a bigger splash online during release week, I might have pushed up the book’s Amazon ranking, increasing its visibility and therefore sales.

It’s not all mistakes and regrets, thank goodness. I was lucky enough to do some key things right, such as ask more-established authors (whom I had already befriended) for marketing advice and blurbs, turn to local and online communities of writers (which I had already involved myself with) for emotional support, and use Trello, a free project management app (which I had already worked with in my day job) to manage the colossal collection of tasks and actions involved in a book launch to be sure I didn’t forget anything.

I learned a lot from launching The Ramshead Algorithm and Other Stories, and much of it is applicable to launching a book in general. So next time, I may still make mistakes, but–hopefully–the number of big ones will be closer to zero.

KJ Kabza began selling short fiction in 2002, while earning his B.A. in Creative Writing from Antioch College. Since then, he has sold over 70 stories to places such as F&SF, Beneath Ceaseless Skies, Daily Science Fiction, The Year’s Best Dark Fantasy And Horror 2014, The Best Horror of the Year, Volume Six, and more. His debut print collection, The Ramshead Algorithm and Other Stories,  was released in January 2018 from Pink Narcissus Press.

KJ lives in sunny Tucson, by way of many other American towns too numerous to name. He is not great at hiking, swimming, and roller skating, but he enjoys all of these activities and does them regularly anyway. He shares a home with one husband, zero cats, and a number of trees that he is determined to sustain.