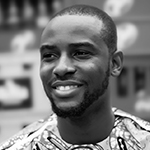 As a writer of science fiction, fantasy and horror who often finds myself in spaces with writers and readers of more realist fiction, the three questions I’m most frequently asked with respect to my worldbuilding choices are:

I’ll just answer the third because it’s simple: all three. It’s virtually impossible to do ALL of your SFF worldbuilding prior to writing your book/story. How much weight is given to each stage depends on the author (some prefer to do a lot before starting, some build nothing before writing). My own preference is to build the foundation–just enough to get me started, then build more along the way, and go back and change stuff after I’m done.

It’s how to get that foundation right I think most writers desire, as questions 1 and 2 above reveal: how do you decide what to build, and how much? And my response is this: a good place to start, I believe, is extrapolating the existent.

To extrapolate, as Dictionary.com defines it, is to infer “an unknown from something that is known.” Basically, it is easier to create something new from something that already exists (either in the world, or in your own creation). Whether that’s starting from the big-picture story world/planet and cascading downward (like N.K. Jemisin’s Worldbuilding 101 suggests), or from one little specific event/fact/object/situation and considering the story world impact, the approach is the same.

Because I write a lot of contemporary SFF, I usually start with one or two deviations from the current world: magic, new science, alternate origins, secondary planet/world, etc. How is your world affected by this difference? In David Mogo, Godhunter, my starting point was deities falling to Lagos and living among humans.

The adjustment of your world’s inhabitants to this deviation will dictate social systems to various degrees, from economy to cultural norms to legalities. In David Mogo, the Lagos government, in typical Nigerian government fashion, flatly turns a blind eye to the existence of these gods and responds by moving the functioning parts of the state to a new location in the outskirts, turning the majority of Lagos itself into a ghost city. This rings true because it’s extrapolated from present government behavior.

Remember that the more deviations your world has, the more different your world will be from the present, and the more room you have for making stuff up. But also remember this will create more moving parts that all influence one another (a matriarchal alien race ruling a human space station in 2200 might require approaches to law, economics and cultural norms radically different from what we currently know and practice). Also remember this means more explanations each time your reader encounters something new.

Think “where” and “when/how”

When and where is your story set in this new world/place? How has this place evolved from its beginnings? Just like 1870s and 1980s Mali differ, and 2019 Prague is very different from 2019 Kinshasa, so will different places in your world be different in time and place. Each community will feel different, both along their own timelines and versus other places. This Twitter thread by Eleanna Castroianni illustrates this beautifully: Think of site/location as where, as physical geography; and place as how, as “what it’s like”, which is largely influenced by the when.

Consider what this means for the inhabitants–how they’ve incorporated this evolution into their everyday life. If there is magic or science, how have these been woven into life, birthed new technologies and manners, transformed society over time? Remember that every character will be a product of their time and place, and will not only embody it, but also interact with strange elements by comparing them to things from their own time and place.

A word on borrowing from existent cultures: If one of your societies/cultures/people is based on an existent one, feel free to not get locked into its aesthetics and requirements, though beware of misrepresenting it. If you’re not 100% sure, borrow only loose forms of identity (e.g. mannerisms, food, etc.) and leave out the heavier stuff like nomenclature/language, history, traditional ways of dressing, etc. Make new stuff up there.

What sparks your story?

With your (1) deviation + effects; and (2) place + time (or where + when/how) now set, situating your character in this existing situation becomes easy. In David Mogo, ten years into gods and humans living together in Lagos with the government largely removed, I knew people would try to fix things themselves. Introducing David Mogo as a demigod-for-hire made sense, as well as people being reluctant to trust him (for good reason: he was half the thing they feared). This was the world’s/story’s existent equilibrium about to be upended.

Usually, your narrative arc/story will start when a catalyst threatens this equilibrium. In David Mogo, a wizard asks David to capture a god for him, an unheard-of request. This leads to a series of events catapulting David to the center of something bigger than himself.

What equilibrium in your story world is being threatened? How will this shift things, and what are the responses of its inhabitants? Where do your protagonists fit in this change? Answering these questions adequately will give you enough to get your world, characters, story, and writing going all at once.

Suyi Davies Okungbowa is a Nigerian author of Africanesque stories featuring gods, starships, monsters, detectives, and everything in-between. His godpunk novel, David Mogo, Godhunter, is out from Abaddon in July 2019 and available for pre-order. His internationally published fiction and nonfiction have appeared in Lightspeed, Fireside, Podcastle, The Dark and other periodicals and anthologies. He is an MFA candidate in Creative Writing at the University of Arizona, where he teaches undergraduate writing. He tweets at @IAmSuyiDavies and is @suyidavies everywhere else. Learn more at suyidavies.com.