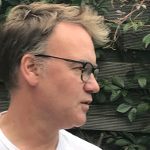 The philosopher of language Paul Grice (1913-88) is best known for his four conversational maxims, which describe what’s going on when people hold a conversation. I want to look at these to see how they can help us in crafting fiction.

After studying thousands of hours of recordings of people talking together, Grice came to the conclusion that conversation works because of a tacit commitment between the speakers to work together to create effective communication. There is a sort of social pressure and shared expectation to make the interchange work, which Grice called the co-operative principle.

Grice developed this principle into a series of four maxims that speakers generally expect each other to observe:

Quality: Do not deceive, and do not say things for which you lack evidence
Quantity: Offer just the right amount of information; no more or less than is required for the current purpose
Relation (Relevance): Says things that are relevant
Manner: Be clear, orderly, brief, unambiguous

When conversation breaks down, it is often because one or more of these maxims have been flouted. But there is a strong self-policing mechanism among speakers that makes each of us want to help get the interchange back on track. And we have all sorts of expressions to help repair the situation when it goes off track. For example:

Relation (Relevance): ‘What’s that got to do with anything?’ ‘What on earth are you talking about?’

Manner: ‘But that doesn’t make any sense!’ ‘Hang on, start again…’ etc.

When people talk about Grice they often focus on the violation of the maxims. Humour and other interesting things arise when people deliberately break these rules. This video, for example, shows how the maxims are flouted to comic effect in The Big Bang Theory.

But what’s also interesting to me is that these maxims are not tips for better communication, but something much more fundamental. They are the very code that humans trust each other to follow when they attempt to communicate with one another. When you and I speak, we each tacitly assume that the other is abiding by these principles.

A story or novel can be seen as one half of a conversation between writer and reader. If we want to be understood and seen as an effective communicator, we need to make sure we are abiding by these maxims which, when you look at them again, are actually a pretty good framework for improving one’s writing or editing a first draft. Here are a few examples of what I mean (all of them sins I’ve committed, of course…):

Quality: Do not deceive, and do not say things for which you lack evidence

Do your characters sometimes do things that are not borne out of any obvious motivation? Do you ever just guess at phenomena or processes without really checking out the facts or the science behind them? Are you ever tempted to introduce a plot point because it feels pleasingly daring or sensational or because it will neatly tie up a loose end, even though your gut tells you it lacks all credibility or conviction?

Quantity: Offer just the right amount of information; no more or less than is required for the current purpose

Do you ever overdo the exposition, bludgeoning the reader with info dumps and deep dives and lengthy past-perfect flashbacks? I know the show-tell thing is problematic advice, but is your story nine parts telling to one part showing? Alternatively, is your style so clipped and telegraphic that readers are left second-guessing what’s going on all the time? Do you forget to fill in descriptions of people and settings, leaving readers with no visual data to bring the story to life for them?

Do you ever digress into discussions of topics or relations of incidents that are interesting to you personally but actually do nothing to advance the story at hand? Do you ever try to fold in material you’ve written elsewhere and just hope no one notices the joins? Do you ever introduce interesting characters that we never just hear from again? Do you have under-developed sub-plots that don’t really lead anywhere?

Does your story make logical sense? Are there too many parallels strands or timeshifts than can be easily followed? Is your use of ambiguity daringly experimental — or just plain confusing? Is your writing flabby or verbose? Do you ever use unnecessarily complex language or fancy terminology? Do you talk about ‘Stygian gloom’ or ‘Pyrrhic victories’ without even really know what these mean? Do you have the confidence to use the shorter, plainer word rather than the longer one, especially when the fancy word adds nothing to the reader’s understanding?

These maxims remind us of our duty to our readers: to reduce their cognitive load as much as possible to the advantage of delivering a good story. Or as Grice put it: ‘Make your contribution such as it is required, at the stage at which it occurs, by the accepted purpose or direction of the […] exchange in which you are engaged.’

Dan Brotzel‘s first collection of short stories, Hotel du Jack, will be published early 2020. He is also co-author of a comic novel, Kitten on a Fatberg, now available to pre-order at Unbound. Readers of this blog can get 10% – just quote KITTEN10