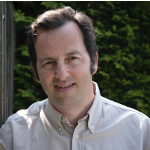 “Kids don’t read non-fiction books anymore. They get all their information from the Internet.” This is such a common complaint these days, it’s almost become a cliché. And there’s some truth in it. For years now, children’s non-fiction has been forced to compete with websites offering similar information for free, often enhanced by eye-catching imagery and video clips. At the same time, and probably not coincidentally, children’s attention spans have plummeted, and most no longer have the patience to wade through long chunks of printed text to access the information they seek.

Some non-fiction publishers have tried to adapt to this new landscape with gimmicks: introducing 3-D imagery, augmented reality and infographics to their books. One trend that I think is likely to have more enduring appeal is narrative non-fiction (NNF): the blending of story elements with non-fiction. Typically, this involves the author inventing characters and a simple plot device, such as a journey. Along the way, the characters discover real-world information, be it about science, history or geography. The idea is that by employing narrative techniques such as characterization, dramatic tension, dialogue and atmosphere, the process of information acquisition is made a lot more compelling.

Adding fictional elements to children’s information books is not a new idea. Twenty-five years ago, when I was working at Wayland Publishing, we’d sometimes introduce a chapter or spread with a short piece of narrative text as a way of livening it up. What’s different now is that NNF has become a major genre in its own right, and these days it’s the narrative that dominates: the story element is no longer just a lure to draw kids in, it’s the actual vehicle for imparting information.

Science with a fiction twist

One of the biggest growth areas of children’s NNF has been in science. In recent years I’ve written NNF books on the human body, electricity, nuclear energy, asteroids, space, tornadoes and wild animals – all through the medium of science fiction. I’ve had characters miniaturize themselves in order to travel through (and learn about) the human circulatory system, just like Stephen Boyd and Raquel Welch did in Fantastic Voyage. I’ve had them build their own rocket ship to go on a tour of the solar system and learn about the planets. In another adventure, a town has its electricity stolen by evil scientist Alec Trick and his henchwoman Dinah Mo. Needless to say, the heroes must learn all about electricity in order to win the day. Time travel is another common trope of NNF: In one adventure series, I equipped my characters with a smartphone app that took them back in time so they could meet famous scientists and learn what they discovered.

The “what if…?” question, which lies at the heart of so many great science fiction tales, is also a popular approach in NNF. A fine example is Raintree’s “A World After” series, to which I contributed a couple of titles. In one, I used the starting point of a fictional nuclear disaster to explore what could happen in a nuclear winter. In the other, I described the impact and aftermath of a kilometer-wide asteroid slamming into the North Atlantic. A series I edited called “What if we do nothing?” (Watts) included dystopian scenes set twenty-five years into the future as a way of dramatizing the costs of inaction when it comes to climate change, rainforest destruction, and overpopulation. As well as looking forward, counterfactual “what if…?” scenarios can also be used to shed light on the past. At the end of my book on the 1914 assassination of Archduke Franz Ferdinand, the trigger for World War I, I speculated on how history might have played out had Gavrilo Princip missed his shot.

NNF isn’t easy to write. It requires authors to combine the research and explanatory skills necessary for non-fiction writing with the imagination and creativity of a storyteller. When done well, it enables kids to acquire knowledge almost effortlessly, while at the same time enjoying a thrilling adventure. Unfortunately, it’s not always done well. There is plenty of terrible NNF out there, full of unrealistically well-informed children spouting streams of stodgy non-fiction prose at each other.

This isn’t only the author’s fault. When children’s non-fiction publishers attempt NNF, their editors often lack fiction-editing experience, and may not even read much fiction. They might know how to check a fact or evaluate a source, but they wouldn’t necessarily spot a plot hole if they fell into one. I sense, too, that some non-fiction publishers lack the courage of their convictions when attempting NNF. Too often they’ll fall back into their comfort zones and litter the books with fact panels and sidebars, breaking up the flow of the story. This may be because they view NNF as a modish, somewhat ignoble and hopefully transitory substitute for “real” non-fiction and their hearts simply aren’t in it, or it may be because they worry that their customers – mainly librarians and teachers – will get confused and (heaven forbid!) place the book on the fiction shelves.

Does narrative non-fiction work? Will it help reverse the long-term decline in children’s non-fiction? It’s hard to say, but I feel pretty hopeful. We are, after all, a story-driven species. From an early age, we take to fiction like ducklings to water, so it seems only natural to make use of this medium to impart information. Stories give kids entertainment and escape. There’s no reason why they can’t give them knowledge, too.

Alex Woolf has written around 150 books, mostly for children and young adults, which have sold around the world and been translated into over a dozen different languages. His non-fiction encompasses a wide variety of subjects, including science, history, politics, social issues, and the natural world. He lives in Southgate, North London, with his wife and two children.