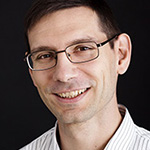 Want to be insanely productive? Check this:

I live in a country where the fruit comes with stickers on it. Meaning that before you eat your apple, you need to remove a piece of plastic, clawing at the little sucker, then going and tossing it in the garbage. This takes about five seconds.

I eat two fruits a day. That’s ten seconds. If I type at an average of 12 words per minute (that’s one word every 5 seconds), ignoring those two stickers would mean writing a novel.

Bear with me here. We’re going to do a bit of motivational Mathemagic.

Ten seconds a day, that’s two words. In a year, you’ve gotten yourself 730 words. If you start writing in your 20’s, and live the average lifespan in the West, you’ve got some 50 years of peeling stickers. That’s 36,500 words. Enough for a short novel.

Ever heard of The Diving Bell and the Butterfly? It’s a book by French journalist Jean-Dominique Bauby. Bauby crashed his car and suffered from what is called “locked-in syndrome.” Basically, his mind worked, but its connection to his body didn’t. The only thing he had voluntary control over, was blinking his left eyelid.

Bauby wrote The Diving Bell and the Butterfly by having an aide recite the alphabet, and blinking when the right letter came up. The book took him 200,000 blinks, and the average word took about two minutes to write.

He finished the book in a year-and-a-half. Then he died.

But back to the fruit stickers. You’ve got your ten seconds a day. Up it to sixty seconds, and suddenly you’ve written a Brandon Sanderson fantasy blockbuster brick-of-a-book. Or at least The Lord of the Rings. 12 words a day for 50 years is 219,000 words.

But back to you. With your million words, you’ve written the entire Lord of the Rings Trilogy, The Silmarillion, The Hobbit, and have enough words over to fit in Dostoyevsky’s Crime and Punishment, too.

Except maybe you’re like me, having spent half your life complaining, binging YouTube, and playing video games. You’ve only got 20 years left to live. And you only type at 60 words per minute. But now you’re motivated.

Motivated enough to write for 15 minutes a day.

That’s 130 category romances. 80 thrillers. 14,6 LoTR trilogies. You could write the entire Wheel of Time, and have enough words left for a quarter of the Riftwar Saga.

In persistently writing 15 minutes a day.

But maybe you are me, and only manage to cram in 15 minutes once or twice a week.

Which brings me to the next point: Advanced Mathemagic 201 – Mathemagic Editing.

Let’s say you do put in your 15 minutes a day for 20 years, but you split it between writing new words and editing/rewriting/navel-gazing. Yes, navel-gazing. To quote Patricia C Wrede: “I’ve never seen a first draft that couldn’t use at least a little polishing, and I’ve never seen a fifteenth draft that would gain enough from yet another revision.”

Why does this matter?

Because books are lottery tickets. Sometimes you strike it big. Sometimes you win $100,000,000 in the Powerball Lottery. But, statistically speaking, you’re more likely to find a pearl in an oyster at an all-you-can-eat buffet.

Which brings us back to books. The average book sells 3,000 copies in its lifetime. Let’s say you get a 10% trad-pub royalty, of a $10 cover price*. A dollar a book. $3k every two years (it’s less, actually, since sales are stretched out.)

Except you’re better than average. And you’re indie, so you get the whole cake.

I don’t like this Mathemagic. So let’s magic it some more: Mathemagic 301 – Hope and Glory.

We’re back to 15 minutes a day, writing on our lunch break while working our soul-killing day job to support ourselves. We’re also doing 15 minutes of editing each evening because our brains have melted after serving cheeseburgers for 10 hours straight.

We’re outputting 300k words, 3 books a year. They’re doing fine, meaning we get $3000 a year, meaning we can take half a day off every two weeks to write.

We prepare. In that day, we write for two hours straight.

That gives us an extra 180k. 2 more books. We up our writing time to 2 hours every week. Now we’re pushing 6 novels per year, and taking a two-week hiatus. And we’re investing our money into more writing time, while buying more book-lottery tickets.

Because even if we don’t win big, we can still push further. How much further?

Corín Tellado pushed an average of 1.4 novels a week, for 60 years. She published over 5,000 titles, selling more than 400 million books throughout her career.

*All prices and counts in this article have been rounded to the nearest magic number.

By day, Filip Wiltgren is a mild-mannered communication officer at Linköping University, where he also teaches communication and presentation skills at a post-graduate level. But by night, he turns into a frenzied ten-fingered typist, clawing out jagged stories of fantasy and science fiction, which have found lairs in places such as Analog, IGMS, Grimdark, Daily SF, and Nature Futures.

Filip roams the Swedish highlands, kept in check by his wife and kids. He can be found at www.wiltgren.com