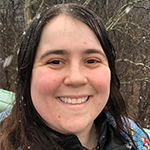 Space is often called the final frontier for humanity, but we have explored more of space than we have our own oceans. According to the National Oceanic and Atmospheric Administration, more than eighty percent of the ocean is unmapped, unobserved, and unexplored.

This is due in large part to the fact that it’s far more difficult to explore the ocean than it is to explore space — which is something incredible to consider! That it is easier to leave this planet rather than explore a part of it. It’s no wonder why the oceans are an attractive setting for speculative stories.

Here are some things to keep in mind when writing science fiction (or fantasy!) set in the other final frontier right at our shoreline.

The life beneath the waves is the closest we get to alien life on Earth. Deep-sea creatures are the default reference when discussing alien-esque life on Earth, but there’s plenty of strange marine life in the shallows before you even start introducing fantastical fictional creations.

Here are a few of those incredible creatures to inspire you, in both magical and nightmarish flavors:

All contents are under pressure

For reference, human beings would be crushed to death at 100 atmospheres of pressure, 1,000 feet down.

Anyone who has gone scuba diving knows that your lungs and other gas-filled spaces in your body are a concern when underwater. Put very simplistically, as you go deeper your lungs constrict, and when you rise your lungs expand. Allow the pressure to build up and your lungs can burst like a balloon — and that’s a concern at only 40 feet down. For that reason, it’s pretty easy to see why organisms down that low don’t usually have gas-filled spaces at all.

That’s one example of how life changes at pressure, but there’s also just the pressure itself to consider. How many books have you read about a seafloor base and someone has to swim outside to fix something? Something to consider is just what pressure would be doing to that person, if they’d be able to survive it at all.

But, what if you have a vehicle? Think then about the most famous real submersible trips down to explore the Titanic. A gas-filled chamber has to be carefully regulated and not very large at that depth, meaning a cramped trip for 2-3 people. The trip diving down takes 2.5 hours, you get maybe that amount of time at the site, and then another 2.5 hours back up. That’s hours of cramped, tense travel. What does that do to your characters? How does that affect the pacing of your story? And there’s something else to consider.

Loss of light and colors

Like with the pressure discussion above, life underwater doesn’t just work like life on land. The deeper you go, the harder it is for the human eye to see much of anything. This is because of how light from the sun filters through the ocean as you go further down. Everything in the ocean appears to be in a bluish, greenish tint because blue and green light penetrates the water the best. At the other end of the spectrum, red light is quickly scattered the further down you go, and effectively red light never reaches the bottom of the ocean.

This gives us a few things to consider. For one, animals that evolved to be red in color are essentially invisible at depth, so if you have a deep-sea creature they could probably be red. Blue and green colored animals are highly visible to predators, which can be a tactic of some poisonous or venomous animals to deter predators.

For another, this lack of color and light except for what you bring with you can be downright depressing. A lot of science fiction highlights the overwhelming sense of being lost among the vast blackness of space — the same can absolutely be said of the ocean, but there’s also amazing (or terrifying) life surrounding you that you cannot see.

The speed of sound

In space, no one can hear you scream, but sound in the ocean travels far faster than on land like ripples in the water. The underwater phenomenon known as sound channeling can allow sound to travel thousands of miles without the signal losing much energy. That’s why when someone wants to find something underwater, they turn to sonar instead of a camera.

This changes as temperature and pressure changes, like everything in the ocean. Still, hydrophones (specialized underwater microphones) placed at a proper depth can pick up whale-song and ship-song from many miles away.

Yet, when you dunk your head under the waves, it can be hard to hear much of anything at all. That’s because our ears function based on the way sound waves oscillate the bones of your inner ear — something which can happen underwater, but the effect is distorted.

That and the other things I’ve briefly outlined here all touch on the same thing — a habitat, covering most of our planet, that human beings are not well equipped to survive or endure. It’s a perfect setting for speculative fiction, if you dare to take the dive.

Victoria Zelvin is a short fiction author of fantasy and science fiction. Her day job is in ocean conservation, where she spends her time working to engage international grassroots supporters on behalf of our oceans. Her short fiction has appeared in numerous places, including ocean-themed anthology Love & Bubbles, as well as Daily Science Fiction, Shoreline of Infinity, Broken Metropolis: Queer Tales of a City That Never Was Anthology from Mason Jar Press, and others. You can find more at www.victoriazelvin.com or on Twitter @victoriarius_