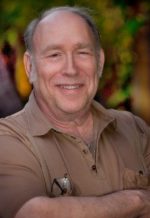 Author and editor Mike Resnick (b.1942) died on January 9 after a lengthy battle with cancer. Resnick began publishing science fiction in 1965 and over his career won five Hugo Awards, one Nebula Award, and more than 30 other awards. He was the Guest of Honor at Chicon 7, the 70th Worldcon.

His first novels were published in the late 1960s under the name Michael D. Resnick. Although he continued to write throughout the 1970s, most of those works were not science fiction and written pseudonymously. During that time, he was also one of the founding members of ISFiC, the Chicago organization that runs Windycon.

In 1980, he returned to writing science fiction with the Battlestar Galactica novel Galactica Discovers Earth and then quickly turned to writing his original novels with The Soul Eater. Many of Resnick’s works were set in his own future history which he outlined in his 1982 novel Birthright: The Book of Man.

Resnick published several books on writing, including Putting It Together: Turning Sow’s Ear Drafts into Silk Purse Stories, I Have This Nifty Idea…Now What Do I Do With It?, and The Business of Science Fiction: Two Insiders Discuss Writing and Publishing, the last co-written with Barry N. Malzberg and based on a series of articles originally published in the SFWA Bulletin which ended in controversy.

In 1988 he edited his first anthology, Shaggy B.E.M. Stories. He became an industrious anthologist using his books to publish new authors, many of whom he mentored, as well as established authors. He also collaborated with a wide variety of authors, both established and up-and-coming, many of which were reprinted in his collection With a Little Help from My Friends, working as a mentor for many of the latter. In recent years, Resnick edited the magazine Galaxy’s Edge.

SFWA President Mary Robinette Kowal commented, “Mike Resnick has been a force in the science fiction community. He and I disagreed about many things, but he was committed to SFWA and writing as a craft. He mentored countless young writers in addition to being a prolific author himself. I am truly saddened by his passing.”