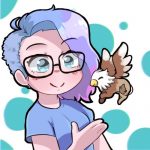 I’ve talked about how to work with a mentor previously, so I wanted to follow-up on that by talking about something that overlaps a bit with that: asking for favors.

One thing that can really boost a writer in their early career is getting help from a more experienced writer. The fantasy and science fiction genre has a long and valued tradition of “paying things forward,” mentoring and assisting newer writers to pay back the way they themselves were helped when they first came onto the scene. In recent years, SFWA has formalized this with their own mentoring program, which is open to both members and non-members on both sides — you do not need to be a SFWA member to serve as a mentor or mentee. Over the course of the couple of years that it’s been in place, it’s become a flagship program for the organization.

That seems very fitting to me and well within the tradition. I benefited from the willingness to pay things forward in my time and among the folks that have been valued mentors are L. Timmel DuChamp, Andy Duncan, Vonda N. McIntyre, Elizabeth Moon, Michael Swanwick, Jeff VanderMeer, Sean Wallace, Sheila Williams, and Connie Willis. I’ve tried to do the same by many new writers, including participating in the SFWA mentoring program as well as serving as an informal mentor for a number of new writers and former students. As a teacher, I make my classes accessible to people who can’t otherwise afford them through Plunkett scholarships.

Accordingly, I join others telling new writers not to be afraid to draw on this tradition and ask for things. But I do have some tips for making those asks more successful.

Above all: be specific, and do as much of the work for the other person as you can. The reference letter where I have the URL to submit it, the applicant’s statement of purpose, and their notes of stuff I might want to hit are more likely to get written than the one where I have to ask or search online for the information.

Here are some other tips:

The only person responsible for educating you is yourself. Watch what other people do, rather than expecting them to guide you. Value feedback, even when given in an abrasive or discourteous manner, and remember that often such responses are more about the other person’s situation at the time than about you. When in doubt, remember: It’s okay to ask. It’s not okay to insist.

A two-term President of SFWA, Cat Rambo’s most recent novel is Hearts of Tabat from Wordfire Press, while space opera You Sexy Thing appears in January 2021 from Tor Macmillan. Her novelette Carpe Glitter is a 2019 Nebula Award finalist in the Novelette category. Her 200+ publications include stories in Clarkesworld Magazine, Asimov’s SF, and The Magazine of Fantasy & Science Fiction. Check her website for links to her fiction and info on her online school, the Rambo Academy for Wayward Writers, which features live and online classes from writers such as Ann Leckie, Seanan McGuire, and Fran Wilde.