Often, speculative fiction relies on common government types, like monarchies and republics, because they’re familiar to readers. History, however, offers other examples of sociopolitical systems. They can be a gold mine for worldbuilding ideas that stretch beyond the mainstream.

Many societies worked just fine without strict hierarchical leadership. Power can come from more informal sources than “voting versus inheritance.” It can be shared in unstructured or ambiguous ways even within a single culture.

In fact, societies and cultures sometimes have incredibly diverse leadership structures even within their own region. We see this in modern-day America, with some states legislating via referendum and others preferring a more indirect method of democracy. When Europeans arrived in Polynesia, they found a series of islands where people had wildly different political systems, despite having similar ethnicity, economies, and religions. For example, one chief was technically the king’s subject but had such a strong personality that he was the one actually in charge. Another island had a more  formal system, with two co-equal kings à la Sparta or post-Diocletian Rome. Gallic polities were similarly diverse, ranging from a chief’s despotic and unrestricted power to the complex systems of checks and balances commonly found in aristocratic republics.

Pre-colonial Igbo society also had a complex political system. Priests were very important. Village councils of elders could consult and debate key issues. Merchants, male and female, could get rich and become prominent voices in the community. Although “kings” (called Eze) existed in this era, their amount of power and influence varied wildly. Scholars are still trying to figure out how inheritable the title was, what the limits on their power were, etc. At least one source says that if an Eze died it could be up to seven years before he was replaced, which certainly implies that the society could function well with power left in the hands of informal leaders.

Informal governments, where the question of who is in charge is not always easily answered even by people within the culture, can offer a lot of opportunities for an author.

Age-sets are a sociopolitical system common in East Africa. Among Kenya’s Nandi people, each ibinda (age-set) corresponds to a stage of the life cycle. Boys and girls from each region would be initiated into their age-sets during a series of mass ceremonies.  As an analogy, consider a series of nearby communities gathering children into one centralized boarding school then transitioning them out of school and into the lifestage of young adults marrying and being busy with young children, after which they would return to the workforce before finally amassing the experience to lead the community as political figures.

In the Ethiopian Highlands, this sort of cycling age-set system, known in some places as gadaa (for men) or siqqee (for women), led to the development of a republic with democratic elections and the peaceful transfer of power, which took roughly eight years to accomplish. It is not the “democratic republic” as described in ancient Greece. Men were bound to their neighbors by the bonds of shared experiences, handling infrastructure projects for the whole region. In some places, this led to peace. In others, expansion of the length of time men spent in the warrior stage meant an increase in raids and conquest.

Among the Oromo people, balancing representation of all clans, lineages, regions, and confederacies via the age-set system allowed for the development of a strong culture surrounding the selection of wise, clever, knowledgeable, and talented leaders—instead of despots and war chiefs. This system began as a religious institution and evolved into a more comprehensive political, legal, religious, and social system around the 16th century.

Real political systems are changeable, inconsistent, and messy. Part of creating fiction, especially commercial speculative fiction, is streamlining and exaggerating for effect—but a political system that is too rigid can represent a missed opportunity for social conflict.

In fiction, theocracy often takes the form of divine kings, like Leto II, God Emperor of Dune. There’s a historical basis for this: many rulers were given (or seized) divine status. As in Dune, this was often paired with some flavor of an Imperial cult, and divine kings often held at least titular control of the relevant religious institutions.

Priests were hardly powerless, though. They often served as record-keepers, keeping track of important information, especially points of law and optimal planting times. From a modern perspective, this is very much a government function. Throughout history, priests have performed political roles, funding public infrastructure projects and forming the economic heart of many communities. Priests served as invaluable advisors for many governments in many cultures and eras.

Sometimes they even ruled outright, as on the Polynesian island of Nanumea. The supreme priest of nearby Funafuti Island had more influence than the paramount chief. Sunni Caliphs demonstrate that religious leaders can come to rule, instead of secular rulers taking control of the religious entities.

Religious organizations can even function as a sort of overarching, unifying government, such as Europe’s Catholic Church or the Phoenician Temple of Melqart. One Igbo polity, the Kingdom of Nri, embraced a theocratic government that used a system of strong rituals and taboos to essentially outlaw bloodshed. The Kingdom of Nri expanded its territory through religious conversion, not war; conversion was aided by the fact that slavery did not exist within its borders.

A Basis in Justice

Speaking of religious rulers, the power of Biblical judges was based in, well, justice. The etymological origin of shopheṭ is “judge” or “to pass judgment.” Though they generally had roles like Roman magistrates, and many functioned as military leaders, the judicial role was likely paramount. Deborah is described as holding court and rendering judgment, after all. As a political leader who gained influence due to her keen legal insight instead of her strong right arm, she isn’t unique. She isn’t even the only woman to do so.

Andamana of the Canary Islands was born on an island rife with political unrest. Power rested in the hands of various local rulers advised by a council of elders. As she grew up, she started giving people advice, and since it was good advice, people started spreading the word about her good sense. People would come to her and ask advice, and she would give it, and her reputation spread further.

Like Hammurabi and Napoleon, she wrote a legal code. She spread it around, and when neighboring leaders treated her emissaries poorly, she gave it not only to her own people, but to neighboring communities. When those communities treated her emissaries badly, she allied with a local warlord. He agreed to support her conquest of the island in exchange for her hand in marriage. Together, they imposed a uniform legal code and by all accounts ruled peacefully and well.

Ultimately the legitimacy of her government rested on her role as a lawgiver, not military might or resource management.

Governments are systems for organizing communities. Modern classification systems often break them up among legislative, executive, and judicial lines. They focus on nations, polities and states. Reliance on strict, familiar hierarchies can make things easy for readers—but they can also represent a missed opportunity for diversity and realism in fiction. If worldbuilding unique political systems is a consideration for you, here are some resources you can use to follow up on these ideas: 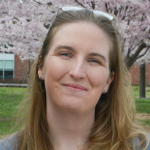 Eleanor Konik studied philosophy and religion before graduating law school in 2011. These days, she teaches Ancient Civilizations and spends the bits of time left over writing stories that bring history—and magic—to life. You can find more articles about worldbuilding, ancient civilizations, and mythology at her website.