SFWA’s Comics Committee has announced the results of two surveys they’ve conducted to document current industry norms for advances and per-page rates for the work of comics writers and graphic novelists. The reports can be downloaded here:

Sixteen acquiring editors (50%), publishers (25%), and literary agents (25%) responded to the first survey designed for industry professionals. Sixty-one creators of comics and graphic novels responded to the second survey geared toward answering questions on actual earnings for their work. Their experience in the industry ranged from less than 1 year (5%), to 1 to 5 years (36%), to 6 to 10 years (23%), to more than 11 years (36%).

Key findings from the surveys: 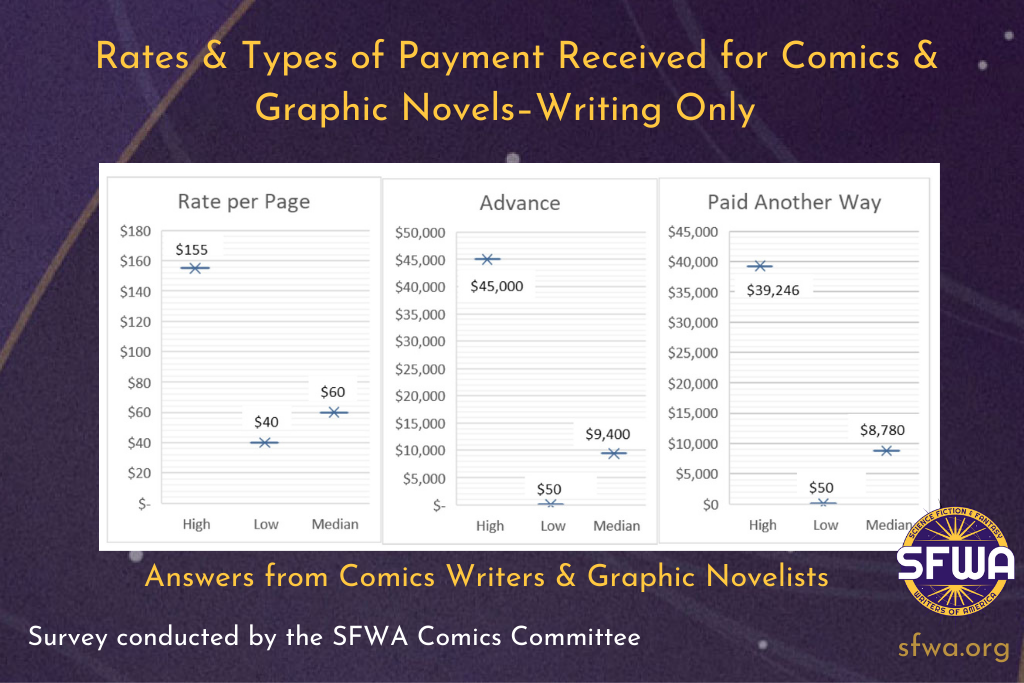 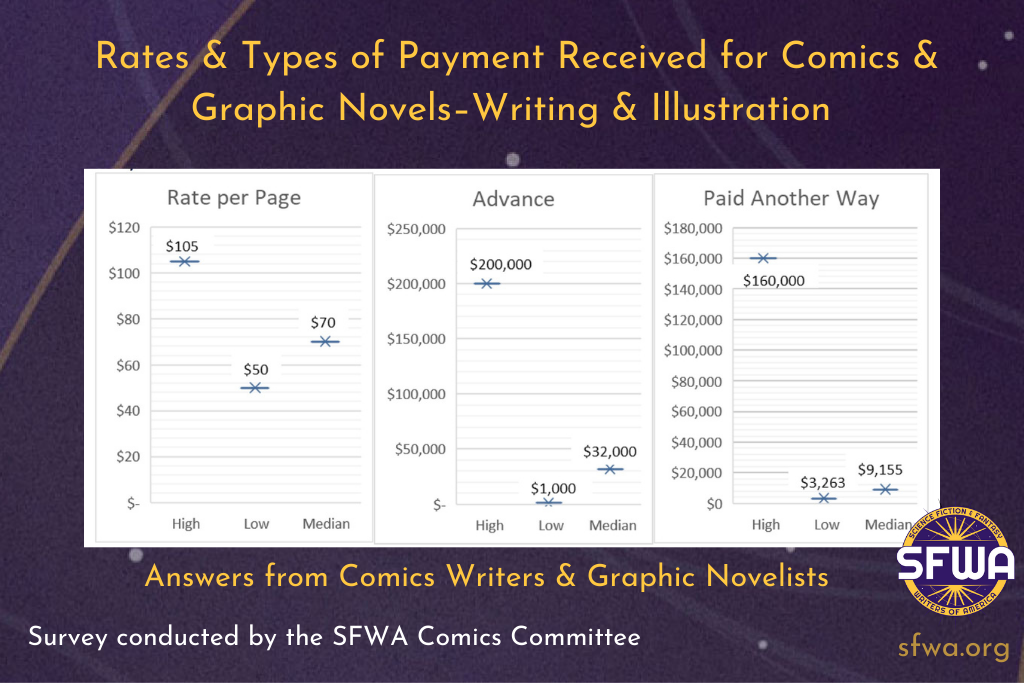 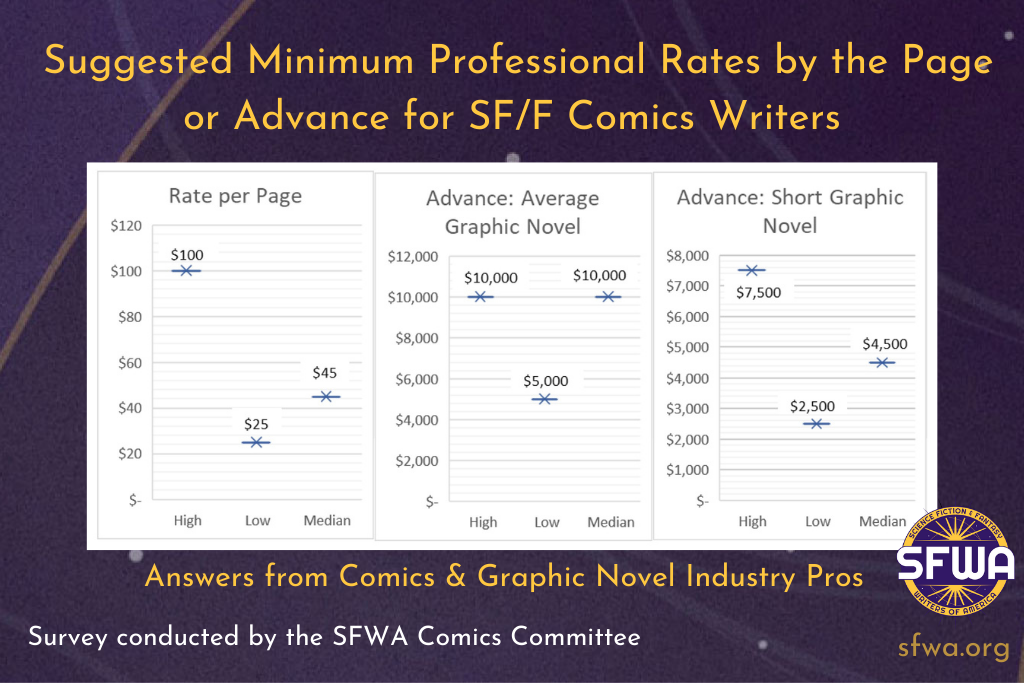 The survey did not ask respondents to specify whether their reported pay was for creator-owned or work-for-hire projects, although generally, comics or graphic novels that pay by the page are often licensed titles with work-for-hire contracts. In the future, this is an area the committee would like to look into more closely.

Alison Wilgus, Comics Committee chair, said, “Our results illustrate that while comics and graphic novel publishing is robust, many publishers are unfortunately still paying far below what is considered to be a minimum professional rate, highlighting the need to push for higher standards of pay. Going forward, this data will help us make informed and effective decisions as to how SFWA can best meet the needs of its new members from the comics community. I’m proud of the work the committee has done to date, and excited for what the future holds!”

SFWA’s Board of Directors is carefully considering multiple factors, including these survey results, in the development of membership guidelines for the admittance of comics writers and graphic novelists. The Board thanks the Committee for their outstanding work and this useful contribution to the speculative fiction community at large.