The following is a SFWA Member Report. A modified version originally ran in the SFWA Singularity #71. A USPS Tribute Video to Le Guin can be viewed here on Facebook. 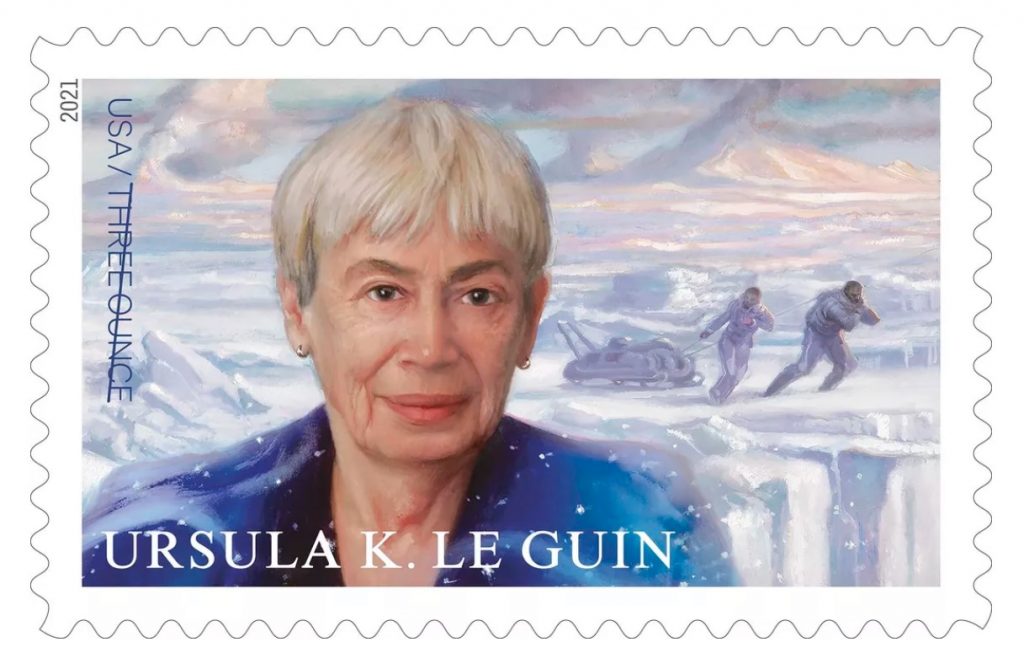 July 27, 2021 – Downtown Portland, OR, was the perfect venue for unveiling the USPS stamp honoring Ursula K. Le Guin because the SFWA Grandmaster long made her home here. A postage stamp is more than a personal honor. It’s a cultural accolade, demonstrating that Le Guin’s work is a major influence in American letters. She is only the 33rd American writer in the Postal Service’s Literary Arts series of stamps. More than movies, more than books—when you’re on a stamp, you are an icon of national culture.

The ceremony was attended by Le Guin’s husband Charles, her son Theodore and his wife Nancy, and her granddaughter India Downs-Le Guin. 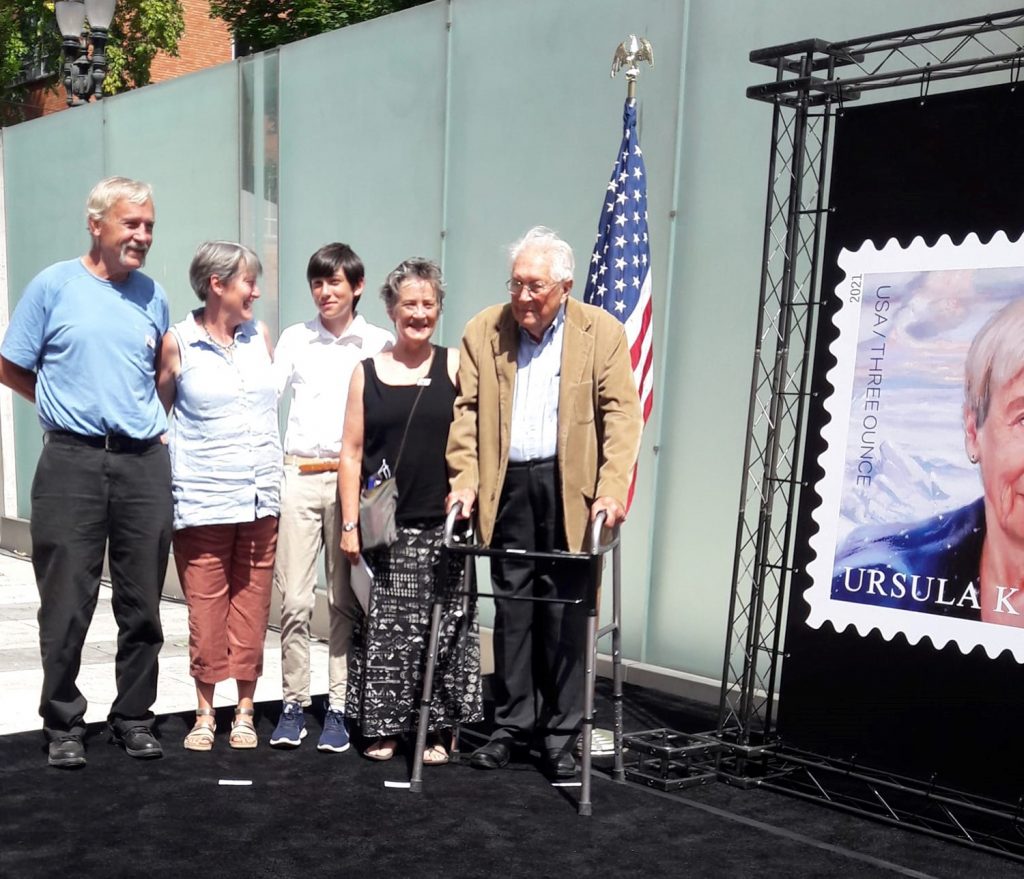 Charles Le Guin, far R, and family at the unveiling.

Speakers included Linda Long, curator and archivist at the University of Oregon library, where all of Le Guin’s papers and letters are housed. Amy Wong, a book editor at the Portland Oregonian, spoke of Le Guin’s many letters to the newspaper. Downs-Le Guin spoke of living with her grandmother after graduate school.

I joined a considerable crowd of Ursula’s family, friends, neighbors, and fans. It was an honor to be there, representing us! 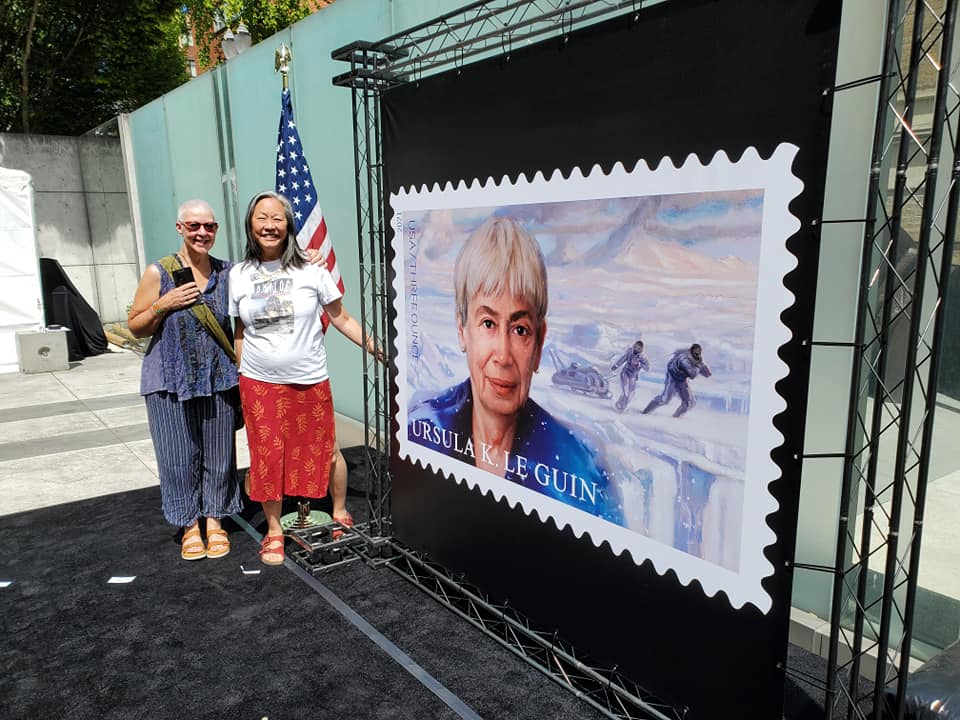