You write speculative fiction for the same reason you’ve read or watched it your entire life. There’s something inside of you that craves tales of relatable characters overcoming adversity. It’s your inner hero, and it manifests on that illuminated screen when you sit alone, clicking away on the keyboard. That something becomes the characters that you put your heart and soul into, hoping to all things sacred that your readers will love them–because after all, they’re a part of you.

But what about the bad guy? Every element in good storytelling exists for one of two reasons: it either builds tension (conflict) or releases it (resolution). Genre fiction often utilizes an antagonist to build its tension. Since horror thrives on developing this character, authors of other speculative genres can learn a lot from horror writers about creating good villains. There are many ways to craft a good bad guy, but this horror author has found that they essentially boil down to three “R”s.

1) MAKE YOUR ANTAGONIST REAL.
Whether your bad guy is a malevolent mastermind from another realm, a big, dumb troll, or a serial killer, your task as a writer is to make me believe he is real within the world you’ve created. After all, how could something phony pose any real threat? If it’s sentient, consider adding a humanistic quality: Jealousy. Genuine anger. A moment of empathy. Maybe even a brief second-guessing of the morality of his actions. Anything with which your audience can relate, and therefore, believe. Unless this character is invisible, be diligent in your physical description of him. This may seem like a no-brainer, but you would be surprised how many authors over-describe their heroes, yet under-describe their bad guys. Think of your story in terms of visual-media, and give your antagonist some close-ups. Tell me about his rancid breath as he leans in to place cold, steel chains on your heroine’s wrists. How do the warm drops of sweat feel as they roll off his bald head to land on her face? Are the threads that stick out from the bottom of his robe frizzed? You don’t have to describe every crack in his pinky-nail, but a few cleverly placed details will give him flesh.

2) MAKE YOUR ANTAGONIST REALLY MENACING.
Not just menacing to the world at large, either. This malevolent force should be particularly menacing to your hero or heroine. A manifestation of their fears and past failures. His very existence should threaten something dear, even if it’s only their sanity. Reveal just how terrible he is in increments, as the story unfolds, through acts of treachery. Deviate from your outline, and use him to kill a character you never intended to kill (if it hurts you, it will hurt your readers.) Progressively change the tone of your writing to reflect your hero’s growing distress with each revelation. This will cause the audience to sympathize with them, putting them in your hero’s shoes, and increasing the satisfaction of their ultimate triumph (or in the case of many horror stories, the impact of their failure).

3) REALLY KNOW YOUR ANTAGONIST
The old saying, “Everyone’s the protagonist in their own story,” is more than just a cliché. There are a few exceptions, of course, but in most cases, I have trouble believing characters that are unapologetically bad. In fact, the most unlikable antagonists I’ve encountered in fiction possess a sense of self-righteousness that rivals even the most ideological politicians. The problem with their ideals: they run contrary to morality, as established in their universes. Know what your antagonist wants, why he wants it, and what he’s willing to do to get it. Moreover, if your hero is a part of you, and your antagonist is a projection of your hero’s worst nightmares, then it follows that the antagonist is also a part of you. You may not give me his back-story, but in most cases, you should know it. How can you predict how somebody will react to various stimuli, without understanding how his past has shaped his view of the world? I once wrote a 30,000-word novella about a character’s origin and descent, and instead of having it published, used it as a personal reference when I brought him into a novel as my villain. Knowing him so thoroughly that I was able to even sympathize with him at times, enabled me to make him real, and therefore, really scary.

Are you somebody who avoids horror stories because they legitimately scare you? Good. Face your fear. Peruse the horror selection, read a few reviews, and choose something good. Ask yourself as you read, “What is it that makes this book so terrifying?” Once you’ve figured it out, apply it to the next monster you sic on your hero or heroine. They may suffer, but your readers will not. 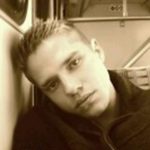 Michael J Moore’s books include the Bram Stoker Preliminary Ballot Highway Twenty, the bestselling post-apocalyptic novel, After the Change, the psychological thriller, Secret Harbor and the middle grade series, Nightmares in Aston.  He is an Active Member of the Horror Writers’ Association with two films in production.  His book Cinema 7 is due for release this year with HellBound Books.  Follow him on Twitter @michaeljmoore20. 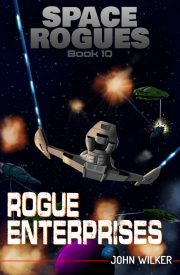