It’s been a harrowing year for all, especially for Black people and Africans who have borne the brunt of the pandemic, from being the demographics with the highest casualties in Western countries like the US, to lacking vaccines altogether on the African continent due to global vaccine policies and hoarding. Yet it has also been a year of triumphs and successes. A good number of literary magazines—Lolwe, Isele, Iskanchi, Open Country, and others—sprung up, publishing both established and amazing new voices on the continent.

Speculative fiction anthologies like the Africanfuturism and Dominion anthology were nominated for the Locus awards, a first time for African editors. The Dominion Anthology was, along with its stories, nominated for the BSFA, BFA, Nebula, Sturgeon, Locus, This Is Horror, and Subjective Chaos Kind of Awards—record firsts for African writers and editors on the continent. These are in addition to making several Year’s Best anthologies and recommended reading lists.

The triumphs of people of African descent have cut across the fields of sports, literature, and entertainment, with Jamaicans taking gold in track and field events in the Olympics and the Nigerian basketball team beating the US team in the preliminaries.

All these outpourings of African excellence have sparked a lot of joy. But along with African excellence comes mockery, jeering, negativity, and a staunch refusal to recognize the value of the African name and any excellence attached to it. Africa has been known by a lot of names that detract from the excellence or value of its people: the Third World, the Dark Continent, and recently by the previous US president Donald Trump, “shithole.” It continues to be known by anything but the names that it and its people define themselves by.

When the Nigerian basketball team achieved an unprecedented feat to become the first African team to beat the US in a pre-Olympics opener game, the US sports commentator, Stephen Smith, made a mockery of the victory and refused to believe that people bearing African names like Nnamdi could beat an American team.

One is forced to reconsider the clichéd question: What is in a name? Does the value of a name lie in its familiarity or the simplicity of its pronunciation? So that, alas, Nnamdi and other African names fail to elicit value from the Westerners who mock them for this reason? Does a name, for its being unfamiliar or difficult to pronounce, remove from the skills and abilities of the bearer? And if the mockers believe that names represent the value of a person, do they then think that denying a person their name, or misspelling, mispronouncing, or mangling their names devalues them even further? Is the purpose of this deliberate distortion of identity to devalue the bearer of the name?

Names possess value and power to their bearers. Like misgendering a person, failing to honor what someone chooses to be called disrespects that person’s definition of their own self. This is just as important in sports, entertainment, and the arts, where many practitioners use different chosen names or variations of their birth or legal names.

In the publishing industry, there was a debacle at the 2020 Hugo Awards with the mispronunciation of Fiyah lit mag and other names. During awards and conventions this year, 2021, African names have been misused and disregarded in much the same manner. It is a menace that continues because people fail to recognize the value, the importance, and the roles that names play in defining a person and respecting those definitions.

The constant refusal, malicious or not, to pay attention to and respect the African name comes from the same place as the current wave of anti-Africanism that has been blowing lately, both sharing roots with colonialism and even slavery. It is a failure to recognize Africans and bearers of African names as people capable and deserving of humanity, individuality, and excellence.

So, whether to an African athlete, entertainer, creative artist, or to any African at all, endeavor to call them by their correct names. Learn the name, say it, write it, use it well—in a manner that represents the personhood, acknowledges the identity, the power, and excellence it represents. 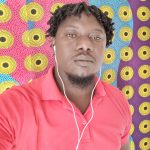 Oghenechovwe Donald Ekpeki is an African speculative fiction writer and editor in Nigeria. He has won the Otherwise, Nommo, British Fantasy award, and been a finalist in the Nebula, Locus, Sturgeon, This Is Horror, and British Science Fiction Association awards. His works of fiction and non-fiction have appeared and are forthcoming in Asimov’s, Tordotcom, Strange Horizons, Galaxy’s Edge, NBC, and other venues. He edited the the first ever Year’s Best African Speculative Fiction anthology, co-edited the groundbreaking Dominion anthology and the Africa Risen anthology forthcoming on Tordotcom in 2022. You can find him on Twitter at https://twitter.com/penprince_