Congratulations, You’ve Published Your Work and You Have Fans (and Critics): So What Do You Do Now?

Before you can become a creator, you have to be a fan first. As the irrepressible Hannibal Lecter says in the film The Silence of the Lambs: “We begin by coveting what we see every day . . . don’t your eyes seek out the things you want?”

So does the creative psyche. In order to become an artist, one has to soak up the world around them. The experiences lived, the art consumed, the relationships had . . . this is what feeds the fertile ground of creativity. If you are a writer—or any other kind of creative—you have been inspired by others’ work. That means you know how it feels to love something outside of yourself and to even have a sense of ‘possessiveness’ over the thing you love.

The best example of this is the old “oh man, I loved this band . . . before they sold out” story. Which roughly translates into: This band belonged to me. I was one of the special few who knew about them first and now I’m upset they have been ‘discovered’ by a larger, mainstream audience.

It’s a great example of how “fan ownership” works. (And I guarantee you the band hasn’t changed. They’re just not your personal private property anymore and that frustrates you. Now hold this example in your head and I promise to do a little “callback” action with it later.)

So now that I’ve got you all thinking about your favorite sell out band, what happens when you step out of fandom into the pole position? A.k.a., ‘I’ve written a thing and it’s been published and now people are talking about it and me on the internet’?

Well, I’m not going to lie. You may be in for a very overwhelming and unsettling experience. Because all those feelings of ownership you had as a fan, well, they are now going to be applied to you and your work. By people you have never met before who have no compunction about @replying to you on social media in order to say mean things about you.

To a lot of these people, you have ceased to be a real live human being with feelings. You are now a “public figure” and that comes with many caveats, including being physically and emotionally vulnerable in a way that fans, with their ability to remain anonymous, are not. It also means you will be open to ridicule, judgement, and disdain online (and sometimes to your face). In balance, you will also be loved, put on a pedestal, and maybe even called a “genius.”

You and your work now belong to the world at large. And that world contains three kinds of people: fans who love what you create, critics who hate your output—and everyone else in the world who could give a crap that you make art. And between you and me, I’m not sure what’s more painful: the armchair critics who think you stink (at least they’re thinking about you) or the fact that 90 percent of the world, upon hearing your name, will only mutter: Who . . . ?

So how do you handle all of the attention—both positive, negative, and ambivalent—when you finally put your work out into this very complicated world? I have my thoughts on the subject and I will share them with you below.

This is a HUGE mistake. You are stepping into a heavily salted minefield and you will lose a toe. Maybe even a leg or your mind. In this world, we give way too much weight to random people and their opinions. Yes, everyone is entitled to their opinion and has the right to express it. But it doesn’t mean you, as a creator, need to go onto social media and wade into those opinions. Your job is to create. Not to defend your position or get into an argument about your talent or lack thereof.

2. Take Reviews (Both Fan and Professional) With a Grain of Salt*.

I believe creativity happens best in a vacuum—and that vacuum does not include random people you don’t know. Let the constructive criticism of your trusted inner circle (editors, agents, beta readers, your writers group, etc.) guide you. They know the material, they know what you are trying to say, and they can help you to shape your work in a productive and healthy way.

*I’m not telling you to discount all reviews or to ignore when despite your best intentions, you may have written something that caused harm. I’m just saying that I, personally, have found working with a trusted inner circle to be a much better process . . . so long as that inner circle is trustworthy, includes a variety of perspectives who might catch something you missed, and willing to be painfully honest about what isn’t working. Better to get the bad news from someone you trust—and during the process, so you can make revisions before the ARCs are released or the work goes to print—than in a scathing one star online review by someone’s mother, on social media, or in a professional publication.

3. Be Wary of Too Much Praise.

I know it sounds counterintuitive—everyone loves to be told they and their work are awesome, right?—but praise can be as insidious as criticism. I’ve learned to be grateful for the nice things people say about me and my work, but I try not to let that define how I feel about myself. If you don’t base your self-worth on the nice things people say then when those nice things turn mean-spirited and hard-hearted, your self-worth isn’t going to go right into the toilet. (I’ve only learned this lesson after spending far too many days in said toilet.)

4. Have Empathy—but Hold Your Boundaries When Someone Wants to Get on “Your Side of the Table”.

This is just a metaphor . . . but it’s a very illustrative one. Invariably, at every bookstore signing, there will be someone who tries to come around to the author’s side of the signing table. Usually, it’s just a lack of awareness, but sometimes it can be willful denial*. Either way, you have to try and have empathy for this person while still maintaining your own personal space. Now here’s where I bring back the example I asked you to hold in your head earlier. The one about bands we love that ‘sell out’? Well, think about that band—or book or actor or space opera or comic book hero—you were a fan of and remember the feeling of ownership you felt over it. That’s how the person—the one pushing boundaries and trying to “get on your side of the table”—feels about you and the art you create. Makes it a little easier to be kind, right?

*Now none of this applies to someone who is being scary or threatening or who is taking liberties with your safety. I don’t care if someone likes the work you do, if they make you feel uncomfortable or unsafe, don’t stay quiet. Let someone in charge know what’s happening then get the hell out of there. Don’t worry about hurting anyone’s feelings. Better to offend than to end up hurt or dead.

In closing, it’s easy to forget we’ve all been (metaphorically) at the end of a signing line waiting to meet someone important to us. If we can just remember what that feels like, we can have much nicer and more productive interactions with the people who are fans of our work.

But never forget that the “work is the work” and it’s the reason why we’re here. We write to please ourselves; not for validation or money or fame—even if those things are sometimes a by-product of what we do, and how we make a living. Let the work speak for itself. Because if something moves you enough to make you want to write about it, I guarantee it will move other people, too.

And never let anyone—fan or friend or foe—steal the joy that comes with finally seeing your work in print for the whole world to read. 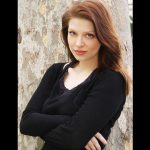 Amber Benson is the author of the Echo Park Coven novels and the Calliope Reaper-Jones novels. She cocreated, cowrote, and directed the animated supernatural web series Ghosts of Albion with Christopher Golden, which they followed with a series of novels, including Witchery and Accursed, and the novella Astray. Benson and Golden also coauthored the novella The Seven Whistlers. As an actress, she has appeared in dozens of roles in feature films, TV movies, and television series, including the fan favorite role of Tara Maclay on three seasons of Buffy the Vampire Slayer. Benson wrote, produced, and directed the feature films Chance and Lovers, Liars and Lunatics.