In interviews, I’m often asked how I ended up writing a blend of fantasy and romance. It’s become a more frequent question, in fact, in the year since I’ve been president of the Science Fiction and Fantasy Writers of America (SFWA). It’s a subject of well-intended curiosity in most cases, why I’m “crossing the streams” by writing books that can be shelved as epic fantasy or as romance. (I entertain myself by going into bookstores and libraries and seeing on which shelf writers like me have ended up.)

I have lots of answers, though none of them really satisfy me. Mostly I want to answer something like “Why not?? That’s what I grew up reading!”

That’s why, when I had the opportunity to name Mercedes Lackey as SFWA’s Grand Master for 2022, I gleefully jumped at it. It’s a perk of the presidency to be the one to nominate that year’s Grand Master, decided in consultation with the past presidents, and it’s a particular privilege to choose those creators who profoundly influenced our own work.

Mercedes Lackey, and her oft-times collaborator, Larry Dixon, gave me books that seized me by the heart and imagination beginning in my early twenties. Not only did these books combine two of my favorite things—alternate world, magical fantasy with intricate worldbuilding and epic political machinations along with heartbreaking, gut-wrenching romances—they told stories of emotionally felt heroism. Over multiple series, worlds, and magic systems, these books also explored humanity. They opened my mind to the myriad ways that sex can be a tool of manipulation and a balm for healing, both where love is involved and not.

As in all the best fantasy, the characters suffer and triumph, and the reader experiences that emotional gamut with them. The characters endure trauma and then support each other to overcome the devastating effects. They meet each other as vulnerable human beings—far from perfect—and find the intimacy of love that enables them to rise above the pain, to create, and preserve goodness in the world. In the end, the victory isn’t only the defeat of evil, but also the realization of relationships (including lasting friendships, because love takes all kinds of shapes) that make life worthwhile.

And that, my friends, is the power of romance. 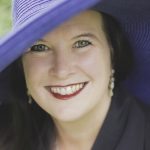 Jeffe Kennedy is a multi-award-winning and best-selling author of romantic fantasy. She is the current president of the Science Fiction and Fantasy Writers of America (SFWA) and is a member of Novelists, Inc. (NINC). She is best known for her RITA® Award-winning novel, The Pages of the Mind; the recent trilogy, The Forgotten Empires; and the wildly popular, Dark Wizard. Jeffe lives in Santa Fe, New Mexico. She is represented by Sarah Younger of Nancy Yost Literary Agency.