As a Native American—Lumbee Cheraw, specifically, and hailing from Robeson County, North Carolina—storytelling has always been important to me. I grew up around stories, immersed in tales of my forebears and parables that serve as the groundwork for our traditions.

I pin my fascination with science fiction and fantasy (SFF) squarely on those early experiences with storytelling. The SFF genres were an easy expansion of those parables into vast narratives of traveling bands of heroes, or of explorers plumbing the edge of the known universe.

But sitting at the intersection of Native and nerd cultures has been disheartening at times. It is difficult to see the latter frequently pillage the former without regard for context, tradition, or respect.

Modern speculative fiction has used thin analogues for Native stereotypes in a range of tropes: the noble savage, kind but uncivilized and invariably less intelligent than the white heroes; the brute naturalist, brandishing a cultural slurry of symbols and traditions to create a vague approximation of “Native” medicine.

Things are changing—there’s a slow but certain rise of Native writers, consultants, game developers, and filmmakers providing real cultural representation in the production of these stories, and by extension, better representation in the stories themselves. I think there’s room for non-Indigenous creators, too, to respond to elements of the vast diaspora of Native American cultures and respectfully include these in their stories.

Videogames offer good examples of both the missteps and the triumphs in Indigenous-centered speculative fiction, as wide and varied as the medium’s stories have become.

Examples of poorly realized Indigenous characters litter the videogame landscape, especially in the medium’s relative infancy. Natives were portrayed as highway bandits in any number of early Western games, most notably in survival sim Oregon Trail—but even when Indigenous characters took center stage, such as in 1997’s Turok, they were subject to lazy stereotypes and simplistic portrayals of “pan-Indian” culture, with little regard to where the feathers and warpaint actually came from or what they meant.

Fighting games—not well-known for deeply considered storytelling in the first place—kept up the “pan-Indian” trend. The stereotype of a large Native man with a headband and feather showed up in not one (Super Street Fighter 2), not two (Mortal Kombat), but three (Killer Instinct) genre-leading titles, to say nothing of the smattering of similar stereotypes in less popular games.

Native-centered videogames took a big step forward with the 2006 first-person shooter Prey, which featured an explicitly Cherokee protagonist named Tommy. Prey eventually falls victim to the same vague stereotypes of Native mysticism as its forebears. However, the developers at Human Head Studios at least attempted to create a character and story that paid more than lip service to Native people, and they cast Indigenous voice actors in most of the game’s Native roles.

Perhaps one of the most famous, respectful examples of Native protagonists comes from Ubisoft’s 2012 release Assassin’s Creed 3, which features a half-Mohawk main character named Ratonhnaké:ton, or Connor, as well as Connor’s mother, Kaniehtí꞉io. The studio consulted with the Mohawk tribe on everything from their traditions, to their symbols, to the correct pronunciation of their language, and again featured Native actors in Native roles.

Still, examples of Native-led games telling Native stories are few and far between. The puzzle-platformer Never Alone, released in 2014 by Upper One Games, was developed in tandem with the Inpuiat tribe of Alaska Natives and made it to major consoles. Many Native-led games are indie efforts, such as 2019’s When Rivers Were Trails, an adventure game that featured over 30 Indigenous contributors working in collaboration with Native-led nonprofit Indian Land Tenure Foundation.

Both of those examples stem from real-world history, however, rather than speculative fiction. And so, I think the future of Native stories and respectful analogs in science fiction and fantasy RPGs is, for now, best exemplified in a tabletop game called Coyote and Crow, a Nebula Game Award finalist.

Coyote and Crow, created by a majority-Indigenous team led by designer and Cherokee citizen Connor Alexander, considers what science fiction might look like for Natives who were never colonized. The game’s setting blends science fiction and fantasy through strange magic and highly advanced technology with considered, respectful portrayals of Native stories and traditions. It also provides cultural tools for non-Indigenous players to use while playing.

In the vast diaspora of Native tribes, there remains a diversity of traditions, beliefs, and histories, but a common thread among many of those tribes is a love for storytelling. Native peoples have always been storytellers, and giving us space to bring that tradition to speculative fiction results in more expansive, respectful tales, drawing from a wealth of historical and contemporary sources.

By opening up science fiction and fantasy to a wider swathe of voices and giving sufficient consideration to the context and perspective of those voices, we all stand to gain from better stories across mediums. So let’s do more to lean into the better work that exists and ask the big questions when it doesn’t. We are here. We have always been here.

So, where are we in these tales? 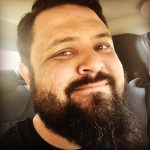 Chesley Oxendine is a journalist, game designer, and writer from Charlotte, North Carolina. He is a member of the Lumbee Tribe of North Carolina. By day he works as a staff writer for the Native business paper Tribal Business News; by night he writes for tabletop RPGs such as Paizo’s Pathfinder Second Edition. Somewhere in between he finds time to run tabletop games and play video games when nobody’s looking. 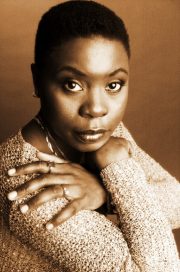