As writers, we’ve all been there: Submittable, Moksha, a proprietary submission system, or even just a submission email. The cover letter’s been written, the story uploaded, and we’re waiting to hit that mysterious Submit button, wondering what happens after our work is sent into cyberspace.

When I first started slush reading for Cosmic Roots & Eldritch Shores (CR&ES), I got a peek behind the curtain (Spoiler alert: no wizard—just a group of hardworking, often unpaid volunteers who churn through the slush pile). Several years later, I also joined the first reader teams of Metaphorosis and Flash Fiction Online (FFO). While these magazines are not all-inclusive of slush systems used by science fiction and fantasy (SFF) markets, they helped me realize how varied the slush process can be.

Writers often question the fairness of slush systems when a story’s fate, whether it’s declined or advanced for further consideration, sometimes rests with a single first reader. Apex is one market that uses this system, as they explain in the flow chart on their submissions page. Daily Science Fiction is another.

Some stories published in FFO would not have made it past the slush pile if decisions came solely from first readers. At FFO, every story is assigned to three first readers, who receive three months of training from senior staff, and also to an assistant or senior editor. Readers rate and review; the assigned editor also reads each piece before declining or advancing it to the hold pile. From those that advance, editors sponsor stories for the final round in which the entire FFO team can read, rate, and comment collaboratively on each story before the editor-in-chief (EIC) makes final decisions. There’s even a “conga line,” where first readers can advocate for a story the EIC is planning to reject. And it’s happened—a story marked for rejection was published because first readers felt so strongly about it.

But not every market is in a position to operate like that. The FFO system works because it’s a flash fiction magazine with the capacity to assign three readers and an editor to every story while keeping the workload manageable. Even so, submissions were recently limited to 425 per month to ensure each story is fairly evaluated without burning out staff who also juggle day jobs, families, and personal lives. Other markets, especially those without submission caps or reading periods, may not have the necessary staff to assign as many readers. Higher submission volumes (Clarkesworld averages 1,100 submissions per month, for example) and lengthier submissions would make it cumbersome to employ the FFO method. For many pro-markets, a single-reader system is necessary to keep response times sensible.

However, that still begs the question of fairness. It’s reasonable for writers to want reassurance that their stories were fairly considered, even if they did not end up being right for that market. Solutions might include offering personal feedback, which CR&ES, Metaphorosis, Fantasy & Science Fiction, and Beneath Ceaseless Skies do; limiting submission windows to allow additional readers to consider stories; and promoting transparency in the slush process, especially for markets with rapid response (i.e., rejection) rates. Of those, transparency may be the most important step toward fairness, regardless of the slush system utilized. Is each story read personally by the EIC, as they are at Metaphorosis and Fusion Fragment? Are they reviewed, either wholly or partially, by a member of the editorial team, as they are at FFO and CR&ES? Are there safeguards against first reader bias, like khoreo’s encouragement for first readers to self-assess blind spots? Are stories always read to the end (and maybe summarized, like at Strange Horizons)?

While writing this piece, I reached out to Neil Clarke, EIC of Clarkesworld, and asked if he could provide an overview of what their full evaluation process looks like. Clarke explained that they usually have 4–5 slush readers who handle 30–40% of the submissions; he and fellow editor Sean Wallace handle the rest. Clarke also explained how first readers leave a note for the editors on every story that describes why they felt it should be advanced or rejected, though they are not required to read the stories to completion before making their decisions. If something doesn’t seem right about the note, Clarke will read the story personally before rejecting it. First readers also go through a trial/training period during which Clarke provides feedback on their comments, reads the stories they evaluate, and advises them to “err on the side of caution” when on the fence about passing a story up. All stories in Round Two are read by Clarke in their entirety—often multiple times—before he discusses them with Sean. Second round rejections and acceptances follow these discussions.

Even with high submission volume and limited staff, Clarkesworld is able to employ a balanced slush review system that directly engages the EIC. It might encourage authors to know about that process when submitting–not only to Clarkesworld, but to every market. Rejections are never easy; throughout my career, I’ve racked up over 500. And while some writers may never feel the slush process is entirely fair (let’s face it, everyone reads subjectively; that’s the nature of publishing), they deserve some assurance their submissions were fairly considered. In an ideal world, every story would be read by multiple reviewers, including editors, and rejections would specify why the submission isn’t a good fit. Reality, of course, makes that impossible to implement everywhere. But perhaps markets might more readily disclose, on their websites or blogs, their processes for reviewing slush and training first readers. Are stories read to completion? Do first readers leave detailed notes? Do editors review these notes before rejecting a piece? Are first readers themselves pressing the “reject” button? Such transparency would not only prompt markets to self-assess their review processes but also demystify the slush pile and affirm that the stories are, in fact, given the time and attention they deserve. 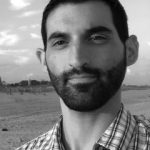 A medievalist, a type 1 diabetic, and a cyber crime investigator, A.J. Cunder graduated from Seton Hall University with a master’s in creative writing. He currently serves as editor-in-chief of Et Sequitur Magazine, senior editor at Flash Fiction Online, assistant editor at Cosmic Roots & Eldritch Shores, and on the staff of Metaphorosis Magazine. Find him on Twitter @aj_cunder, or online at www.WrestlingTheDragon.com.