I am here to say: Stop multitasking. Yes, I understand its appeal. Like many writers, I love the idea of multitasking, the notion that one can be doing two things at once, such as driving to work while dictating one’s novel, or answering e-mails while dialed into a Zoom call and listening to a meeting.

How could we not embrace that notion? It holds the promise of getting more done, with a little edge of “easier.” That’s a seductive promise. Particularly if you suffer from a particular and common form of writer’s guilt: the awareness that even when you are working on one piece, you are not working on some other piece of writing. And like many seductive promises, it is a false one. Humans consistently overestimate their ability to multitask, and you are probably not the exception to that. It’s okay. I’m not either.

Multitasking, for the overwhelming majority of people, is not compatible with writing. Studies have shown that multitasking actually decreases comprehension and attention. If you’re doing two tasks, but you’re not doing either of them well, that may well be a decrease rather than an increase in productivity. It turns out, one important aspect of multitasking is that most people aren’t, in fact, capable of true multitasking. Instead, they are switching back and forth between tasks, causing what psychologists call “task switch cost,” and part of that cost is because that switch isn’t instantaneous.

And, or so I have found, that switch is also the enemy of focus, and focus is something that writing requires. It takes time to get into the groove with writing, time to find one’s footing on the page in order to move with speed and assurance. Often with student writing, I’ll find that the actual story doesn’t start on page one, or even on two or three. That’s because it takes a while to find the heart of a story, and you have to know that in order to know where the beginning is.

Not in order to know how to begin. You can begin any way you want, with any words and at any point, and rest assured that mistakes and missteps can always be fixed in editing, because that’s part of the process. You start putting words on the page, and if you’re lucky, you hit the flow, that happy stream of words where you are writing and simultaneously entertaining yourself, discovering what happens next, where the world falls away and all you are doing and thinking about is writing. A state of intense, focused concentration that feels wonderful, because you are simultaneously challenged and exercising competency, constantly rising to that challenge and succeeding.

That’s one of the happiest states for a writer, and one that we chase. And if we want to hit it, we need to get rid of distractions. Multitasking is such a distraction, taking up a little bit of bandwidth in order to keep tabs on that task or other tasks and tracking time. Multitasking is not compatible with things that require concentration and time.

Multitasking may be more obvious than you realize. I was on a podcast recently while my mother was texting me, and while the host was speaking, I took a second to read those and make sure everything was okay. The host stopped and said, “I feel like I lost you there,” and I realized at that moment that yes, my focus and energy had lessened, and that was pretty uncool. Since then, I try to give podcasts and other recordings 100 percent of my attention.

Multitasking is also incompatible with being in the moment and aware of the world, which is a state that writers need to dip into at least every once in a while. Mindfulness decreases stress, helps with anxiety and chronic pain, and can help with depression. I’ll pick mindfulness over multitasking every time, because it’s a significantly more pleasant, less stressful state.

I’m not saying you can’t multitask. But multitasking is for tasks that don’t take deep thought, like folding laundry while reviewing vocabulary for a test. Driving while listening to an audiobook. Mowing the lawn while working on your tan. Save multitasking for other aspects of your profession, like queuing up social media posts while watching TV, or doing laundry while talking on the phone.

Give your writing your full attention, or how can you justify asking a reader for theirs? Give your work the concentration and devotion it deserves, and it will reward you with that happy flow state, and better writing as a result. 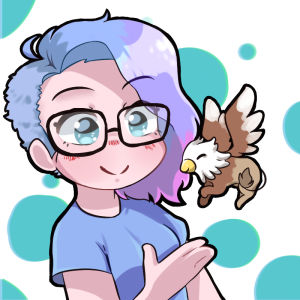 The author of over 250 published stories, which have appeared in the Magazine of Fantasy & Science Fiction, Asimov’s, and Clarkesworld Magazine, Cat Rambo’s most recent work is the space opera novel You Sexy Thing (Tor Macmillan). Forthcoming in 2022 are Devil’s Gun (Tor Macmillan) and Gods of Tabat (Wordfire). Find out more about their work at catrambo.com.