THE TRUTH ABOUT LITERARY AGENTS’ FEES 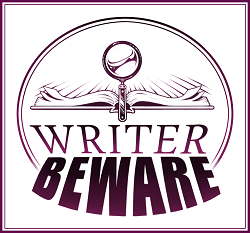 A Brief History of Fees
Fees in Their Infinite Variety

If you’ve queried literary agents based on listings in various popular market guides, or on information you found online, you may have had the experience of hearing from an agency that describes itself as non-fee-charging, but somehow wants you to give it money anyway. What’s the deal? you ask yourself. Could there possibly be situations in which money paid upfront isn’t actually a fee?

Writer Beware defines a fee as any charge–excluding commissions on sales–that’s a requirement for submission or representation, must be paid by every client or potential client, and is due before services have been rendered. No matter what the stated purpose of such payments, they are not standard industry practice.

So what’s going on? How can agents who want upfront money define themselves as non-fee-chargers? What’s the big deal about fees, anyway?

A Brief History of Fees

This point of view is understandable, but it’s not hard to see how it can lead to abuse: agents who invite submissions whether they’re interested in them or not, solely in order to obtain the reading fee. Eventually, this kind of abuse became so widespread that most professional agents’ associations adopted policies prohibiting members from charging reading fees.

(For a more detailed discussion of reading fees and their abuses, see The Case Against Reading Fees, from Writer Beware’s blog.)

To keep collecting upfront money from writers but dodge reading fees’ increasingly bad reputation, some agents attempted to add the appearance of value by throwing a critique  or evaluation into the mix. Thus evaluation fees were born. The idea was that writers wouldn’t receive only a reading, but a written assessment of their manuscripts’ strengths and weaknesses, or at the very least, an explanation of why the manuscripts were rejected. Who wouldn’t want that, even if it involved handing over a little cash?

From a business perspective, though, writing helpful evaluations for rejectees isn’t a terrifically appealing use of a busy agent’s time, even with a fee attached. As a result, many of these evaluations weren’t especially useful. Often they were produced not by the agent, but by an intern or clerical employee. Sometimes they were cut-and-paste jobs, consisting of generic advice modestly personalized with a smattering of specific comments on plot, style, grammar, etc. Occasionally they were complete frauds, with the exact same evaluation sent to everyone. Some agencies were really just fronts for generating evaluation fees, as others had been fronts for generating reading fees.

Still other agents, searching for a stigma-free way to obtain money upfront, came up with the notion of submission fees. These fees go by many other names–marketing, contract, processing, circulation, preparation, administrative, retainer–but basically the idea is the same: the writer is asked to defray the cost of submitting his or her work to publishers in advance of any of that submitting being done.

Some confusion arises here, because it’s standard practice among reputable agents to expect clients to reimburse some of the expense related to the marketing of manuscripts. Usually, this means expenses incurred on the client’s behalf over and above the ordinary cost of doing business–photocopying, Fed Ex, advance reading copies or finished books sent to co-agents overseas. (In the pre-digital era, this might amount to a few hundred dollars a year; nowadays, with most business done electronically, such expenses are minimal.) Everything else–travel, legal fees, office supplies, rent, utilities, the editing assistance many agents offer to get manuscripts ready for submission–is absorbed as normal business overhead. Any applicable charges are accrued and reimbursed from the author’s advance, or billed to the author after they’re incurred.

By contrast, an agent who uses submission fees as an income stream will want money the minute you sign a contract–whether as an upfront fee on signing, a recurring fee every time the contract renews, a monthly or quarterly allowance, or a per-submission fee (paid in advance of actually submitting). They may expect you to fund not just the extra expenses described above, but every file folder, envelope, and paper clip, or unnecessary extras such as photos, business cards, marketing plans, and fancy binders.

For questionable agents, the appeal of submission fees is that they present an appearance of legitimacy (since “everyone knows” agents expect clients to bear some of the cost of submission) and enable fee-chargers to use semantic trickery to distract writers from the fact that they’re being asked to hand over cash upfront (hey, it’s not a fee, it’s an advance on expense reimbursement!) Even if the claimed expenses are real (which they may not be: some submission fee-charging agents don’t send submissions out at all), they are likely seriously inflated. The agent may try to sweeten things by promising to reimburse you if your book is sold–but appealing as that may sound, it’s usually a safe promise, since agents who charge upfront fees typically have no or minimal track records.

Not all agents who charge fees are dishonest. Some are just inexperienced or inept. There’s also a relatively small number of successful agencies that charge some sort of fee. But scam or amateur or even successful, the bottom line for writers is the same: your agent should profit solely from commissions on sales, and from no other source.

Fees in Their Infinite Variety

The good news: fee-charging agents are much less common than they used to be. Mostly this is because of the decline in the number of scam agents, driven by the expansion of self-publishing and small press options. When fewer writers need literary agents, it’s harder for scammers to entrap victims.

There are still plenty of marginal and amateur agents out there, though, so you may encounter one or more of the fees described below. All reflect complaints Writer Beware has received over the years. Some are straightforward (if you discount the sleazy rationales that accompany them); some are delightfully sneaky. 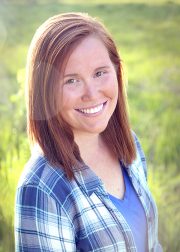