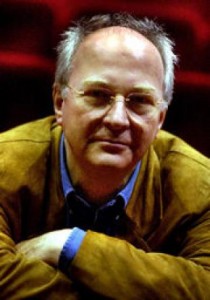 A measure in the UK that would require anyone working at a school, even if for only a day, to be vetted by the government has caused some outcry, particularly among children’s authors. Philip Pullman has gone on record as saying that he would rather not go to schools than buy into the “surveillance culture.”

There is much fuss in this morning’s papers over a statement by Philip Pullman, author of His Dark Materials trilogy, that once the government’s new vetting system is in place, he will simply stop making visits to schools. In an interview in the latest Bookseller, he says: “This is Labour’s Section 28 — the implication being that no adult could possibly choose to spend time with children unless they wanted to abuse them. What will it say to children? It’ll say that every adult is a potential rapist or murderer, and that they should never trust anyone.”

He expresses his regret that he may never be allowed inside a school again, but adds: “I refuse to be complicit in any measure that assumes my guilt before I’ve done anything wrong. The proposal deserves nothing but contempt.”

Mr Pullman is not alone in his refusal. Other authors who object to being vetted include Anne Fine, Anthony Horowitz, Michael Morpurgo and Quentin Blake. According to former Children’s Laureate Mrs Fine: “The whole idea of vetting an adult who visits many schools, but each only for a day, and then always in the presence of other adults, is deeply offensive.”

Thanks to SFWA member James A. Bailey for the tip.