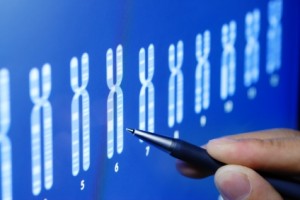 This could be Science Fiction, but it isn’t. For the last twenty years, the US patent office has been issuing patents on human gene sequences. The ACLU sees this as a problem because:

Lest you think this is for manufactured structures only, the patents includes such naturally occurring genes for asthma, colon cancer, Alzheimer’s. Those science-fictionally minded of you see where this could lead.

The ACLU goes on to report:

Last week, the New York Times reported that a Stanford engineer has developed a new technology to sequence the entire human genome for less than $50,000. This is a remarkable reduction from the $20 million estimate of three years ago, and it’s half the price currently offered by the personal genomics company Knome (pronounced “know-me”). Dr. Stephen Quake, the Stanford inventor, claims his new Heliscope Single Molecule Sequencer’s ability to decode a human genome in four weeks with a staff of three people will serve to “democratize access to the fruits of the genome revolution.”

The two articles together could make an interesting basis for a story.