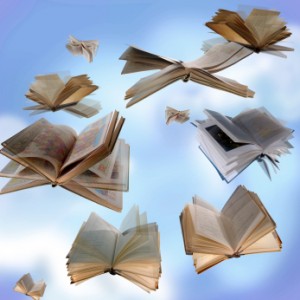 The greater Pacific Northwest is home to Ursula K. Le Guin, Kay Kenyon, Jay Lake, Nancy Kress, Brent Weeks, Ted Chiang, and Ramona Quimby. Although Ramona isn’t known for her Science Fiction and Fantasy escapades, the rest are celebrated masters of the genre, and their work will be enjoyed as part of the Pacific Northwest Reading Series. These free quarterly events provide the Northwest Science Fiction and Fantasy community a chance to gather, network, and enjoy readings from local authors.

Each event starts with notes from the host, a leading local author, who has selected two of his or her favorite writers to complete the evening’s theme. Those authors will perform a reading from the latest work, interpreting and explaining their concepts and vision in a dialogue with the audience. It will be an event for art, study, networking, and conversation.

SFWA member and Portland resident Ursula K. Le Guin expressed her enthusiasm for the event by saying, “In the last century, literary fiction was restricted to realism, and science fiction and fantasy were outcaste ‘genres.’ Now, as realism grows inadequate to describe reality, the imagination regains its central role in fiction, and our most vital literature mixes fantasy, science fiction, romance, and everyday life.”

The first date of the series, April 19th, is hosted by Brent Weeks, the New York Times best-selling author of The Black Prism and The Night Angel Trilogy.   He has invited Jay Lake and Kay Kenyon to read with him.

Set in the pub-like atmosphere of the McMenamins Kennedy School, events begin at 7:00pm and end by 8:30pm. No tickets are required, but since this is a new series, SFWA does request an RSVP to help plan the event.

Founded in 1965 by the late Damon Knight, Science Fiction and Fantasy Writers of America brings together the most successful and daring writers of speculative fiction throughout the world. Since its inception, SFWA® has grown in numbers and influence until it is now widely recognized as one of the most effective non-profit writers’ organizations in existence, boasting a membership of approximately 1,800 science fiction and fantasy writers as well as artists, editors and allied professionals. Each year the organization presents the prestigious Nebula Awards® for the year’s best literary and dramatic works of speculative fiction.