For some time, there’ve been rumors of financial trouble at Canadian children’s publisher Lobster Press. Those rumors were recently confirmed in articles from Publishers Weekly and Quill and Quire. From Quill and Quire:

Q and Q has learned of multiple instances of unpaid royalties stretching back to 2008. The company has also shed staff in recent months and disconnected its Montreal phone line. President and publisher Alison Fripp now intends to run the business from her home, according to one author who has been in direct contact with the company head…

Several authors who spoke to Q and Q on background described an organization in which royalty statements were consistently late and payments often had to be compelled, if they were forthcoming at all. Requests to have rights reverted for non-payment of royalties were ignored or rejected.

One author, who asked not to be named, said that, as of December 2009, she was owed $1,100, and has yet to receive full payment or an accurate accounting of royalties that have since accrued.

The Writers Union of Canada has filed a grievance against Lobster Press “pertaining to a clause in some author contracts that grants the publisher partial ownership of a work upon the reversion of rights to the author.”

Lobster Press’s website indicates that it is closed to submissions.

Writer Beware began getting complaints about small press Dailey Swan Publishing about a year ago, from authors who reported payment problems, delayed publication dates, delayed reprinting dates, and refusal to revert rights despite non-availability of books. (I was already suspicious of this publisher due to its penchant for working with marginal and questionable agents, so the complaints weren’t a complete surprise.)

Other signs of trouble included long shipping times (4-6 weeks to 2-6 months) on Amazon and inconsistent availability with online vendors, as well as a plea for funding at an entrepreneur-investor matching website.

On October 2, Dailey Swan authors received an email from the company’s owner, Casey Swanson, informing them that due to unsold inventory and crushing debt, a bankruptcy filing was imminent. (It’s actually quite rare for troubled small presses to file for bankruptcy; most simply close up shop and disappear.) No word about rights reversion or royalty payments due.

Then, on October 12, another email, and a surprise: Dailey Swan wasn’t closing, it was transforming! Instead of “traditional” publishing, it would be “changing our publishing format to a coop type publishing venture.” In other words, authors will now have to pay fees.

According to the typo-ridden contract addendum attached to the email (which authors can sign and send back if they want to participate, or refuse if they want return of their rights), authors who buy into this new business model will bear the expense of the “first print run” of 1,000 copies, at an average cost of $1.50 to $3.50 per copy (Dailey Swan will pay for any subsequent print runs), plus cover artwork at an average cost of $1,000 (optionally, authors can provide the artwork themselves).

Of the 1,000 copies, 100 will go to the author, 20 to the publisher, 350 to a program that sends books to independent booksellers for review, and 530 to general distribution. Beyond any questions about the wisdom of paying up to $4,500 for publication, this presents the traditional dilemma of the vanity-published author: how to know for sure that all the copies you paid for were actually printed.

But that’s not all. To sweeten the deal, the addendum promises that “Each author would receive common shares of Dailey Swan publishing [sic], Inc stock at the rate of $2.00/share.” Really? How many shares? Does “receive” mean free, or will authors have to buy them? $2.00 per share seems a bit high for a company that a week ago reported itself to be on the verge of banruptcy. More to the point–is Dailey Swan even registered to issue or sell company stock? I’m not an expert, but I couldn’t find any evidence that it is.

To date, there’s no sign of these upheavals, or of the changed business model, at the Dailey Swan website. The company still resembles a traditional publisher, and it is still open for submissions. 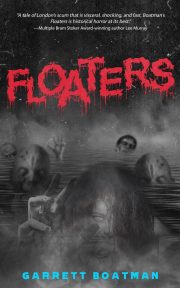