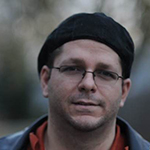 Don’t lose faith after 5-6 rejections. Or even more. My own record is 24 rejections before selling a single story, and I consider myself to have gotten off lightly.

I sort of view it like a combination lock. A tumbler, where all of the elements have to line up to create a sale. The story has to be right, the editor has to be right, and the time has to be right. I’m thinking of this because I recently sold a short story that had been rejected 18 times before. It has been going out for 13 years, making the rounds steadily for all this time. It’s one of three stories that I haven’t trunked b/c I still like them. It still has a spark of something that keeps my belief in it alive.

I do put some stories away and stop submitting them. I don’t do it because they’ve been rejected too many times. I do it because after time passes, I can look at them and understand that they’re not good. That even if they were published for some reason, I wouldn’t feel right about it.

A rejection only means that that editor isn’t taking the story. It does not mean anything about me as a writer, though so many take it on a personal level, I’ve always believed that’s it. It could mean my story sucks, but it may not. It could mean the editor wasn’t right for it. It could have been the wrong time. The story is in the same state as Schroedinger’s Cat, really, for me. Neither good, nor bad, alive nor dead. I’ve had an editor who rejected a story for a magazine take it for a year’s best, indicating that it wasn’t the story that caused the rejection, but the fit with the magazine. It’s all just a tumbler lock.

Since I can’t tell why, for sure, a story was rejected, I keep submitting to places that meet my minimum requirements. When I run out of places, I put the story in a folder that’s labeled ‘stories I still believe in’ and I review it once in a while. There are two stories left in there, now.

Jim Van Pelt once told me he sold a story after 40 rejections, so I’ve always held that as my high water mark for a story, telling myself if I liked the story I would wait until I had 50 before I gave up on it.

The hardest thing is to hear back from editors who say that you were ‘close.’ First, remember that before a breakthrough is when you’ve been pushing for the longest and are the most vulnerable.

But it’s also fair to wonder what it takes to spark yourself up a level. When you think about the submissions queue of a magazine, you imagine that a great deal of the fiction sent in is badly written. But the truth is, it’s adequately written. It’s competent. And that’s almost more damning.

Are you worried you a part of that adequate submissions mass? Are you hearing that negative inner voice saying you are a dime a dozen?

Don’t believe it. It talks to us all. I hear it often too. It lies.

You are worried about being common, what artist isn’t? We are trying to stand out, among a crowd of people trying to stand out. And since we stand in that crowd, it’s easy to suddenly believe we’re not uncommon. That’s why artist’s artists look almost incomprehensible to the lay person.

But maybe you do need more spark. Maybe you’re just shy of the breakthrough and not able to push on through. If it’s diamond tipped edges you want, then it’s time for you to begin looking to fill your create mental field with uncommon fertilizer. Stop reading the genre you work in and go questing elsewhere. Save some money and take an expeditionary vacation and visit an uncommon location. Shock your senses.

By this weekend you could be halfway across the world on a 24 hour geographical adventure. Haunt the airline sites for a cheap ticket and do a one day, no hotel, up all night and all until you exhaust yourself trip to somewhere with no planned results on the other side. Lose yourself somewhere and report back on it.

Read something horrible. Realize you can already do better.

Give yourself an uncommon mission every week. Ask your facebook friends and website to assign it to you.

If you are reading this you are likely living in a Western country, living a bountiful life that few have access to, with a digital waterfall of information at your fingertips. Skype with someone in another country. Collaborate with someone you never would have. Call a random number and try to talk to the person on the other side as long as you can.

Take this to the fiction. Worried about being common, then try the uncommon. You’ve learned the rules, try breaking them. Speak to the reader in the narrative. Use second person. Try rewriting the story in four different ways and see which one is better. Experiment, experiment, experiment. It is madness to keep doing the same thing and expect a different result, right? What is it you care most about in the world? Is it in there? Why should anyone read your story? What’s the point of it? Ask more questions.

And then write some more.

No matter what we choose to do to get sparkier, it will still always involve working on making more art.

It is only by surrendering, I believe, will we allow ourselves to become common and undistinguishable. You may not sell your art, but if you stop submitting it, and putting yourself out there, you guarantee that it will not sell.

Rejection is terrifying because we spend a great deal of our lives minimizing the chances to get rejected. We usually experience it in our awkward stages: initial dating, occasionally changing jobs.

Then as artists, you place yourself in an environ that creates numerous chances for rejection.

But it is only through the chance of rejection that you gain the chance of success. And the rejection of editors is only the beginning. There will be a larger public who will come to judge you, the whims of career, colleagues, fortune, chance, and more.

Making your peace with the fact that rejection is part of your working world is best done sooner rather than later. Embrace it like a willow, bend with it and see it for the constant wind it is.

My name is Tobias S. Buckell. I’m 34. I have published some 50 short stories translated into 17 different languages, sold 7 novels, seen one short story turned into a short film. I get hate mail for writing adventures about minorities in outer space, and for daring to write about global warming. I get low stars and unhappy reviews as well as five star rankings and great reviews and happy reader mail. I have over 650 rejections logged in my files.

I am just getting started.

•••
Born in the Caribbean, Tobias S. Buckell is a New York Times Bestselling author. His novels and over 50 short stories have been translated into 17 languages and he has been nominated for the Hugo, Nebula, Prometheus, and John W. Campbell Award for Best New Science Fiction Author. He currently lives in Ohio.  Photo by  Kyle Cassidy