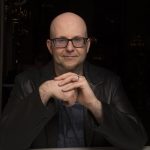 You can get away with calling a movie Alien, because it’ll have a cool movie poster, a trailer full of sense-of-wonder and scares, and several million dollars in its marketing budget.

You can call a book Dune, because you’ll have an exciting cover illustration of a sandworm exploding out of the desert sands, descriptive copy to get the reader interested, and praise for the book from critics and other notable authors to convince you to pick it up.

Short fiction titles have a lot more work to do. Short stories don’t have a publicity department. They don’t get trailers. Short stories don’t (usually) get cover art. They don’t have marketing budgets. Even if your story is lucky enough to be an exception to the above, keep in mind that short stories are often reprinted, and whenever the story is reprinted it’s extremely unlikely any of that ancillary material will be reprinted with it. So, in almost every circumstance, the only thing the story will have to speak for it is its title.

So when you’re coming up with a title, you’d better make it a good one. Here’s how.

You Had the Title In You All Along

Imagine you’re a reader who doesn’t know most of the authors in the anthology you just picked up, or you see someone talking on social media about a cool story they just read. Are you more likely to read—absent of all other meaningful context or data—a story called “Alien” or one called “I Have No Mouth, and I Must Scream”? Would you rather read “Dune” or “The Ones That Walk Away From Omelas”? In a table of contents, would you turn to a story called “Collaboration” or one called “Violation of the TrueNet Security Act”?

The first two titles I listed above are classics (by Harlan Ellison and Ursula K. Le Guin, respectively); the last one is a story by Japanese writer Taiyo Fujii that I published recently in Lightspeed. Taiyo submitted it as the former, and I suggested the latter. What I liked about my alternate title is that it immediately tells you the kind of story you might be in for, and it also uses a unique but easy-to-grok term—“TrueNet”—that is exclusive to the milieu Taiyo created, so no other story is likely to ever have this exact title. (Whereas the title “Collaboration” already probably has many doppelgangers.) Also, because of the unique terminology in the title, it may serve as a signal to readers of Fujii’s novels that this story takes place in the same world as his book Gene Mapper.

Here are a few other examples of alternate titles I suggested to authors. Each is listed with the published title first, with the original submission title following in parenthesis:

All of these, including “Violation of the TrueNet Security Act,” were not titles I pulled out of thin air—I discovered them right there in the text of the stories themselves. When I’m reading or editing a story, I frequently highlight evocative phrases I come across that I can later suggest to the author as a possible alternate title. Sometimes the phrasing isn’t quite right for the title, but it’s something that can be massaged, or combined together with another phrase from elsewhere in the story, that somehow captures the essence of what the story is about.

This might not be something you, as the author, can easily do yourself—you might be too close to the text—but if you have a trusted beta-reader or a significant other, you might try tasking them with finding and highlighting the phrases they find most evocative, and then review those to see if perhaps one of those phrases might make a better title than what you have already. Obviously not every evocative phrase will be suitable as a title, but you might surprise even yourself if you go spelunking for titles in your own prose.

I should note that some writing professors—including notable literary giants—advise against this practice, largely because, they say, doing this puts too much emphasis and meaning on the eponymous phrase when the reader comes across it in the story. It can be a danger (though I suspect it’s less of a problem in genre fiction), but you just have to be careful when selecting the title that it doesn’t give too much away, of either the plot or the emotional core of the story. As a counterpoint, I would direct you to the aforementioned classic “The Ones Who Walk Away From Omelas” as a story that has a compelling, unique title taken from its text (the last line, even!) that not only doesn’t ruin the story, but will give you chills when you get to it. You’re not always going to be able to pull that off with your title, but if you can it’s magic.

All of this is not to say that a simple, short title can’t be equally as effective as a longer, elegant one. “Guts” by Chuck Palahniuk is a fantastic title that works both by being simple and intimating something potentially horrible. It’s a better title, than, say “I Need That Like I Need Teeth in My Asshole” or “Self-Love in the Art of Pool Maintenance”—either of which would be a perfectly reasonable thing to call that story.

(If you haven’t read it, and you’re wondering how the hell those alternate titles I mentioned could possibly fit well on a story, you can read it for free online on Palahniuk’s website: chuckpalahniuk.net/features/shorts/guts. Warning, though: It is not for the faint of heart.)

Arguably in the case of “Guts,” you’re better off with the simple title that vaguely hints at something gross or terrible, but nonspecific enough that you have no idea what you’re in for.

Your Title is in Another Castle

If your story deals with a particular field, with its own unique terminology, you can also mine that for story titles. For instance, in the video game anthology I recently co-edited with Daniel H. Wilson, Press Start to Play, the stories were all about or inspired by video games. We actually suggested to the authors that they consider using one of several terms from gaming that would be immediately evocative to the target gamer demographic—phrases like “Respawn,” “God Mode,” and “Survival Horror.”

In some cases, the authors just used the title ideas as a starting point and ended up with different titles entirely—which brings up yet another method of coming up with a title: Coming up with the right title first, then writing a story to fit it instead of the other way around.

You can also title your story by referencing another work, or borrowing an evocative phrase that is applicable to your own story. For instance, the title of this article, which references Zen in the Art of Writing by Ray Bradbury (which is itself referencing Zen in the Art of Archery)—or the subhead above, which is riffing on a quote from Machiavelli.

One of my favorite fiction examples employing this titling method is Brooke Bolander’s dark story about an undead whale that was submitted under the title “The Regretful Dead and Other Sea Monsters.” I thought the title was interesting, but a little clunky, so we cast about looking for inspiration. Given it’s about a whale, we looked to Moby Dick—and found the wonderful phrase that ended up serving as the title: “The Beasts of the Earth, the Madness of Men.” Or there’s also Robin Wasserman’s story (again from Press Start to Play), “All of the People in Your Party Have Died,” which is a quote from the classic game, Oregon Trail, but also has the benefit of being an inherently intriguing title even absent that context.

You can even “borrow” more directly and just reuse an exact title another author has already used. For instance, Cory Doctorow wrote stories called “I, Robot” and “The Brave Little Toaster” (which are exact title matches to famous works). But you can also riff on a story title by choosing one slightly adjacent to it. Cory Doctorow, again, had titles like “I, Row-boat” and “Anda’s Game”; other authors, such as Yoon Ha Lee, in Press Start to Play, also riffed on Ender’s Game with his story title “Gamer’s End,” and Tobias S. Buckell paid homage to a classic Cordwainer Smith tale with his story “A Game of Rats and Dragon.”

This method of titling should definitely be used sparingly since there’s some risk that your story will come off as derivative, but a clever author, with a clever story, can pull it off under the right circumstances.

So there you have it. If there’s one thing I’d want you take away from this article, it’s this: your short story’s title is almost certainly the only constant advocate it will ever have over the course of its lifespan. Make it a good one.

John Joseph Adams is the editor of John Joseph Adams Books, a new SF/fantasy imprint from Houghton Mifflin Harcourt. He is also the series editor of Best American Science Fiction & Fantasy, and the bestselling editor of many other anthologies, such as Wastelands, Brave New Worlds, and The Living Dead. Recent books include Operation Arcana, Press Start to Play, Loosed Upon the World, and The Apocalypse Triptych (consisting of The End is Nigh, The End is Now, and The End Has Come). Called “the reigning king of the anthology world” by Barnes & Noble, John is a two-time winner of the Hugo Award (for which he has been nominated nine times) and is a seven-time World Fantasy Award finalist. John is also the editor and publisher of the digital magazines Lightspeed and Nightmare, and is a producer for WIRED’s The Geek’s Guide to the Galaxy podcast. He also served as a judge for the 2015 National Book Award. Find him online at johnjosephadams.com and @johnjosephadams.

This post first appeared in The SFWA Bulletin, edited by Neil Clarke.