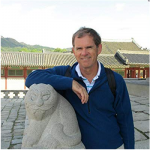 Sometimes, we get dragged into legal battles whether we like it or not. This happened to me, and I want to be sure every author hears the story, because it could happen to you too.

In 2016, I started a series of books collectively called the Quantum Series. My first book did very well, and because of the sales ranking at Amazon, it may have been noticed by a romance author who also has a series of books using the same name. In January of 2018, she filed an application to trademark the words “quantum series” (find it here). The USPTO explains that a trademark must be unique to the products for which it is claimed. Now, it’s possible that this author thinks “quantum” is a unique word, but those of us who inhabit the world of science know better. There’s little question that quantum is what the USPTO calls a generic word. Such words are normally not available for trademark (though the USPTO may still issue them anyway). I found out about this trademark in May from another author who monitors a Twitter bot called @cockybot, and I quickly filed a “letter of protest” with the USPTO.

If an author gains a trademark to a common word, they can send cease and desist orders to other authors who use that word in a book title. Scary, huh? This happened last year to the romance genre when the one author received a trademark for “cocky.” Yes, really! Learn more about it here. Many other authors with “cocky” in their titles were taken down by Amazon! Now with quantum, the nightmare is starting again. My letter of protest was accepted, but the USPTO still advanced the application to the opposition phase. This is where it gets expensive, and an author can spend thousands of dollars to fight a case (even before it reaches the courts).

Happily, SFWA has joined the fight. On August 10, their legal team filed an opposition with USPTO on my behalf. Assuming the USPTO accepts it, the applicant will have forty days to respond. We don’t know what’s going to happen. The trademark could still be issued. Or the romance author may back down and give it up. That’s what ultimately happened in cockygate. Stay tuned.

Does any of this make your blood boil? Spurious trademarks hurt everyone: authors, readers, agents and publishers by suppressing creativity and locking out everyone but the trademark holder. Why should one author claim the right to exclusive use of a generic word? Why does the government let people get away with it? The answer is complicated, but we can all help. Use social media to inform readers and other authors. Tweet. Post. Let everyone know (including those few misguided authors who think they need to lock down a word) that SFWA and other authors’ organizations are standing up to this trend. Use hashtags to ensure widespread visibility:  #cockygate, #quantumseries #wordsr4everyone

I can’t thank SFWA enough for their support! What a great organization. I’m proud to be a member.

Douglas Phillips is the best selling author of the “Quantum Series,” a trilogy of science fiction thrillers set in the fascinating world of particle physics where bizarre is an everyday thing.

Doug has two science degrees, has designed and written predictive computer models, reads physics books for fun and peers into deep space through the eyepiece of his backyard telescope. Doug splits his time between Seattle and Tucson, travels the world with his wife, hikes with his two sons, and becomes a child all over again with his grandchildren.

“I love science fiction, especially stories that begin with real science and go from there. I’ve studied a wide range of science throughout my life. Now, I’m turning that experience into the stories I’ve always wanted to read​.”